August 24, 2020. "The Feud" between Jerry Seinfeld and James Altucher was hot and heavy. 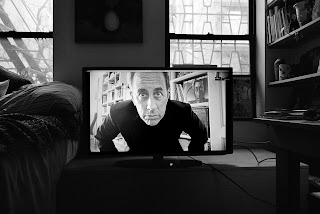 James launched the first salvo with his "NYC IS DEAD FOREVER. HERE'S WHY" post. Jerry shot back with his "SO YOU THINK NEW YORK IS DEAD (IT'S NOT)" New York Times opinion rebuttal. FIGHT!!!

I remember reading the post in LinkedIn from James and saying to myself: "Holy Shit, he's right."

I also remember reading the Op-Ed response to James from Jerry and saying to myself: "Holy Shit, he's right."

The Normandy landings were the landing operations and associated airborne operations on Tuesday, June 6th 1944 of the Allied invasion of Normandy in Operation Overlord during World War II. Codenamed Operation Neptune and often referred to as D-Day, it laid the foundations of the Allied victory on the Western Front.

The day before, General Dwight D. Eisenhower was preparing to send Allied troops across the English Channel to France. There he hoped they would push the German troops, who fought for an authoritarian fascist state, back across Europe, securing a victory for democracy over authoritarianism. 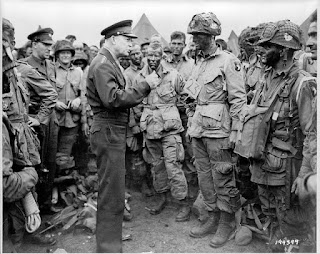 On the afternoon of June 5th, Eisenhower went to see the men he was almost certainly sending to their deaths. He joked with the troops, with his letter "The tide has turned! The free men of the world are marching together to Victory!"

But after cheering his men on, he went back to headquarters and wrote another letter. This letter was designed to blame himself alone if Operation Overlord failed. It read:

"Our landings in the Cherbourg-Havre area have failed to gain a satisfactory foothold and I have withdrawn the troops. My decision to attack at this time and place was based upon the best information available. The troops, the air and the Navy did all that Bravery and Devotion to Duty could do. If any blame or fault attaches to the attempt it is mine alone."

The second letter of course, was never delivered.

Operation Overlord was a success, launching the final assault in which western democracy (defended by ordinary men and women) would beat back - and destroy European fascism.

June 6th, 2021. It has now been 287 days since the Jerry Seinfeld New York Times Op-Ed response to James Altucher.

This month, NYDLA ( and now NADLA) will be hosting it's first LIVE (yet hybrid) event in NYC. Fittingly and ironically our first LIVE event will be hosted on THE INTREPID Sea, Air and Space museum. Launched in 1943, the former aircraft carrier USS Intrepid fought in World War II, surviving five kamikaze attacks and one torpedo strike. Intrepid, indeed.

Today I pause to reflect on how General Dwight D. Eisenhower did not need to send his second letter 28,125 days ago. I also pause to reflect on the Jerry / James feud regarding the fate of New York City from 287 days ago. And now: I look forward to our "Building Back Better" event - the first of MANY events - in the city that never sleeps.

As George Costanza of Seinfeld would say: "We're back baby!"

Posted by Thomas Capone at 6:30 AM