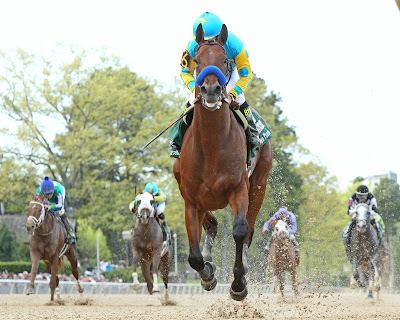 Now that American Pharoah is the first Triple Crown winner in decades after his Belmont Stakes victory, his value could skyrocket to as much as $100 million over the next few years. If some terrible person stole this amazing animal and was later apprehended, what would be their punishment? Jail, most likely. But for how many years?


Would the death penalty be on the table?  No.


But many years ago, stealing a horse - any horse - would carry the penalty of death if you were caught - or even if you were merely accused!  No proof of a crime was necessary - just call someone a “Horse Thief” loud enough and they are looking for a rope. Why so harsh?


Horse theft was a well-known crime in medieval and early modern times and was severely punished in many areas. While many crimes were punished through ritualized shaming or banishment, horse theft often brought severe punishment, including branding, torture, exile and death. According to one 18th century treatise, the use of death as a punishment for horse theft stretches back as far as the first century AD, when the Germanic Chauci tribe would sentence horse thieves to death, while murderers would be sentenced to a fine. This practice derived from the wealth of the populace being in the form of livestock which ranged over large areas, meaning that the theft of animals could only be prevented through fear of the harsh punishment that would result


The term horse thief came into great popularity in the United States during the 19th century. During that time the Great Plains states, Texas, and other western states were sparsely populated and negligibly policed. As farmers tilled the land and migrants headed west through the Great Plains, their horses became subject to theft. Since these farmers and migrants depended on their horses, horse thieves garnered a particularly pernicious reputation because they left their victims helpless or greatly handicapped by the loss of their horses. The victims needed their horses for transportation and farming. Such depredation led to the use of the term horse thief as an insult, one that conveys the impression of the insulted person as one lacking any shred of moral decency.

Back in the day, stealing someone’s horse could mean death to the owner. The victim of such a theft could leave them stranded in the wilderness. Or, if a farmer, they could starve. The only way to combat this epidemic of horse theft was to make the punishment very harsh as a deterrent.


Horse theft is still relatively common, with an estimated 40,000 horses a year being taken from their lawful owners by strangers or opponents in civil or legal disputes. Stolen Horse International is one modern-day organization in the US that works to reconnect stolen horses with their owners. Horse are sometimes stolen for their meat, or sometimes for ransom. Punishment for horse theft can still be severe, but not death.


Where are you going with this Tom?


Cybersecurity and "hacking" is today’s version of horse theft.


The Internet of Things (IoT) and “the cloud” has changed our lives forever. Before cars, a horse was the most important thing you could own. A horse meant transportation, a horse meant security - owning a horse was everything. The death penalty for horse theft was tied to this fact. As time went on, losing a horse to theft became less of a “life and death” matter for the victim, so the harshness of the death penalty slowly went away. The penalty became less harsh, as the perceived loss of value and suffering diminished.


Sony was hacked. Target was hacked. The White House was hacked. Everything that we do at our jobs, at home, at school is now connected to “The Internet of Things” and the cloud. If it is not safe, it cannot continue to exist. If it not secure, it will not be sustainable. Like a bad neighborhood, no one will want to go there.


Will we see the death penalty returning anytime soon for someone hacking into your business or personal email account, or messing with your WordPress website? Probably not.


Back in the day, a horse was a horse. You did not need to steal a Triple Crown winner to get the death penalty. Any horse would do. 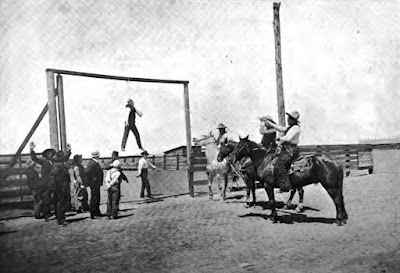 Posted by Thomas Capone at 8:55 AM No comments: