I don't know if there is a more thrilling moment in sports. They say that baseball is a boring game, with lots of time between the action. But I think that is exactly what makes it so special. At any moment, from out of nowhere, there can be a play at the plate. SAFE! Safe at home is what makes the game of baseball so special.

Joe Torre, for­mer pro­fes­sional base­ball player and man­ager of the New York Yankees and the Los Ange­les Dodgers, grew up the youngest of five chil­dren in Brook­lyn, New York. His father was a New York City police detec­tive and revered in his com­mu­nity. He was the cop that made every­one feel safe. Every­one except his own family.

Joe, Sr. ruled his home with an iron fist. He was a phys­i­cally abusive hus­band and an emotionally abu­sive father. The vio­lence that had besieged the Torre house­hold for so many years was a well-kept fam­ily secret and stayed a fam­ily secret for gen­er­a­tions. How­ever, in Decem­ber of 1995, Ali and Joe Torre attended a sem­i­nar called Life Suc­cess.  As a result of Joe’s participation in that sem­i­nar, he began to talk openly of his childhood experience with domes­tic vio­lence. He went pub­lic with his fam­ily secret in his auto­bi­og­ra­phy, Chas­ing the Dream: My Life­long Jour­ney to the World Series.
Ali and Joe Torre wanted to edu­cate chil­dren about the issue of domes­tic vio­lence. In 2002, they cre­ated the Joe Torre Safe At Home® Foun­da­tion. The mis­sion of the Foundation is “educating to end the cycle of domestic violence and save lives”.
Ini­tially, the Joe Torre Safe At Home® Foun­da­tion focused its resources on aware­ness build­ing through a local and national mul­ti­me­dia cam­paign. How­ever, the Joe Torre Safe At Home® Foun­da­tion quickly determined that they wanted to edu­cate chil­dren about vio­lence so that chil­dren under­stand that they are not alone and that there is hope.
In 2005, the Joe Torre Safe At Home® Foun­da­tion opened its first school-based pro­gram­ming ini­tia­tive, Margaret’s Place, at Hostos-Lincoln Acad­emy, Bronx, NY. Margaret’s Place, a trib­ute to his mom, is a com­pre­hen­sive pro­gram which pro­vides stu­dents with a safe room in school where they can meet with a pro­fes­sional coun­selor trained in domestic-violence inter­ven­tion and pre­ven­tion. Cur­rently, the Joe Torre Safe At Home® Foun­da­tion has ten fully funded and oper­a­tional Margaret’s Places in New York City, Los Ange­les, Westch­ester County and New Jer­sey.The sites are fully funded and have a minimum commitment of three years.
Technology can play a supportive role.
I am the Executive Director of the www.NYDLA.org and the Director of Sales and Marketing for the www.USDLA.org Together, we donate technology on a nationwide basis to allow children to receive free professional counseling via "virtual safe rooms" where in-person professional counseling is not available. 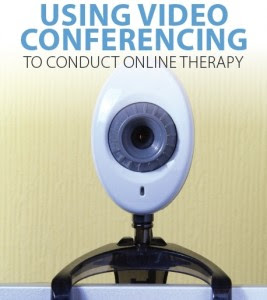 Please donate to www.joetorre.org
as every kid deserves to be "Safe at Home"
Posted by Thomas Capone at 6:27 AM No comments: