You, as a Verb 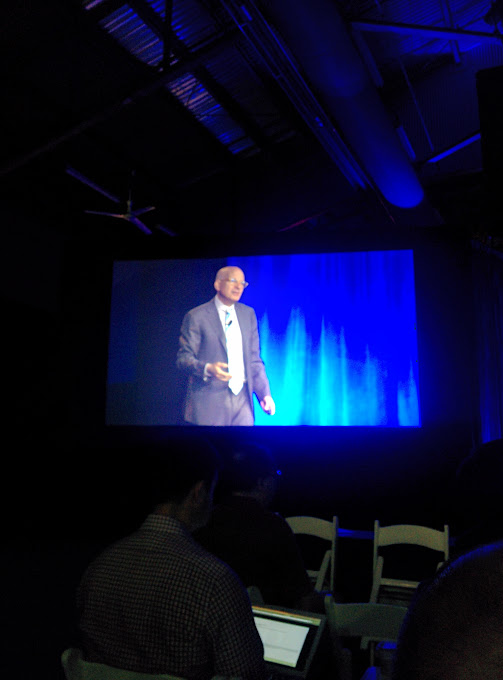 You, as a Verb. Part One

I still remember it, vividly. It was a hot Sunday morning in August, 2010. I noted how it was already “hot” as I sat on my deck, having coffee. Little did I know, I was about to have a life changing moment. My “Seth” moment.

(Please follow the “cut and paste” of my email exchanges below; I sanitized some of it for obvious reasons.)


******
*That was it. Done. I just felt compelled to send off this little missive to someone I did not know, so I did. I certainly did not expect a return.  And now, back to my Cheerios.

Wait, what??? In less than an hour, on a Sunday morning, I’m getting a response to “that” email? Was this an auto-responder? If so, why the delay??? And so, I must return the volley!

I don’t know if this is “really Seth” or an autobot, but here goes.......  I never bought any of your books.  After watching you on Ted.com I am now compelled to buy them all.  And I will – promise.  I’ll fax you the receipt.  My question is this: since you have so many books, would you recommend that one read them in any particular order?  I thought that the order that I read them might make a difference, since things do change.  I really am a “salesman” at heart, and I love the science of sales and marketing.  If I could just sell sell sell all day long, I would be a happy camper.  I am now signed up on your blog. Very cool stuff; I am in sync with your style.
So, if this is really Seth, you have a new fan.
If this is an autobot email responder, take the rest of the day off.  Go ahead, Seth will understand.
Thomas A. Capone
Chairman & CEO
******
And then……… his return:

Oh……….my……….God.  I knew it was “him” since he misspelled Linchpin! A robot would not do that! I am emailing back and forth with Seth Godin. This is...happening.

And so, it began. I have a new pen pal. Sunday, August 1st, 2010. A day, that will live in infamy. No, wait. What is the OPPOSITE of infamy? Dignity, goodness, innocence, morality, righteousness, virtue? Oh, never mind. The ball was now in play!

I did not “know” this man; I knew “of” him. And, I knew enough about him that he must get a million emails from a million people, daily. And here he was, on a Sunday morning, hitting the email tennis ball back and forth across the net. With me.

2149 days have passed since that original email exchange.

A few days ago, my email to Seth:

I was in the 4th row at Sales Machine. We were a sponsor.

Simon pulled it off. But really, never follow Seth.

and I think Simon did great!

Wow, approximately 90 minutes later, I get a response. From Seth. Not an assistant, but him. Maybe one of the busiest, most “in demand” people on the planet, replied to my email. As he has done dozens of times before. Folks, process this. By the way, we were talking about the amazing Simon Sinek of Ted.com fame, who followed Seth on stage.

After 2149 days of “Seth being Seth” he is still Seth. How many keynotes has he agreed to do, since August 1st, 2010? How many (more) best selling books has he published? He commits to writing and posting a daily blog. And to him, daily means - every day. Over the past 2149 days, we have become friends. Over the past 2149 days, we have added Seth (and all things Seth) to the NYDLA.org because it felt like the right thing to do for our global community. Introducing the world to “Seth” and all that he stands for, feels like a duty. My job. Introducing the world to Seth is like giving someone a shortcut to things that matter. Keeping Seth a secret feels, well, wrong. Seth Godin certainly does not need my help to “spread” his brand - but he does not turn it down, either.

And now, over the past 2149 days, many of Seth’s friends have become our friends.

You, as a Verb: Part Two

You hear it in movies, TV shows, among your friends and you probably say it yourself: "I Googled her before I called her." "I know because I Googled it." "What's the temperature in Fargo? Google it!"

But Google wants you — and the world — to stop using Google as “a verb” for looking up anything on the Internet — unless you actually used Google's search engine to do so.

Google became so good at what they do, that even if you used “another” search engine, you would be thinking you “Googled it”. With Google as the leading search engine, there's little doubt that we mean Google when we say we Googled something. As comedian Ellen DeGeneres said on her show, talking about technology's impact on our lives, "If you need to know something immediately, you can Google it now .... Ten years ago, if you said you were going to 'Google' someone, you got written up by Human Resources."

So, what can be bad about using "Google" as a verb for saying you looked up information on the Internet?

Ironically, because of Google's "significant brand recognition," the company "has started down the path of becoming synonymous with search engine services and, accordingly, towards the genericization of a trademark," wrote attorney Matthew Swyers, founder of a law firm specializing in trademark rights, in an article for Inc. last year.

A generic trademark, also known as a genericized trademark or proprietary eponym, is a trademark or brand name that has become the generic name for, or synonymous with, a general class of product or service, usually against the intentions of the trademark holder.

And becoming generic is bad because it threatens a company's legal right to a trademark.

Google became “a verb” because they honed their craft. Google became much better than the rest; they were understood to be “so good” that it simply became “the way” to do it.

I feel that there are many life (and business) lessons buried in today’s blog. As you can tell, I have become a huge fan of Seth Godin’s work, and it is still climbing. But the one lesson that stands out to me the most, the one concept that resonates, the one thing about this man that “should spread” (as Seth would say) can be summed up in only one word:

Posted by Thomas Capone at 7:14 AM No comments: 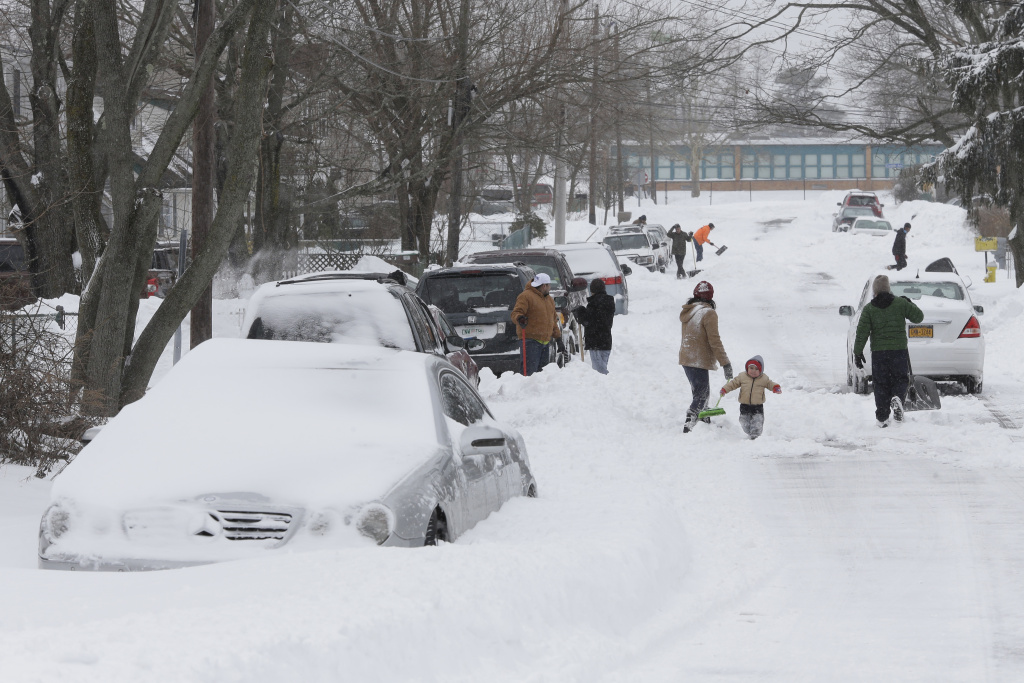 In late January 2015, a powerful nor'easter affected Canada and the Central and Eastern United States. The nor'easter disrupted transportation, with snow emergencies declared in six states and travel bans enacted in four of these states – Connecticut, New Jersey, Massachusetts, and Rhode Island – as well as in New York City. Most passenger rail service was suspended, and thousands of flights were cancelled. Schools and activities saw weather-related cancellations for one or more days. The storm was also given unofficial names, such as Blizzard of 2015, and Winter Storm Juno.

This is when I planted my crop.

I came across David Burkus (www.DavidBurkus.com) and his podcasts during my "Mother Nature" imposed home confinement. I played one of his podcasts (originally called LeaderLab) in the background, while working on other things. Wow, pretty good. Then I played another one. Huh, not bad. And another........

So, I found that the “first one” was recorded in January 2010. I went to the oldest one in the archive. I started working my way backwards in time.

“Honey, I can’t go outside and shovel snow - I’m working on Project Juno!”

Do the math.  If a podcast runs 30 to 45 minutes, that was around maybe seven or eight podcasts in a day. I had around three days, with no way to leave the house (well, I did not want to leave the house, if a snow shovel was going to be involved).

A few things happened as a result of my “Project Juno”.  One, I made a spreadsheet and listed Name, Twitter, Facebook and LinkedIn profile of all of the podcast guests.  I made it a point to attempt to connect with them.  All of them.

“Hello. I just listened to your podcast with David Burkus. It was amazing, thank for your time.”

Then, I made it a point to meet many of them. Including David himself. Sooner or later, everyone comes to New York. “Well, if you are ever in New York City, I would love to meet with you. Lunch or dinner on me.”  Oh, the power of offering free food and grog in NYC.

And, from time to time, I would throw my fastball:  “I run the www.NYDLA.org  You would make an excellent keynote and/or webinar for our community.”

Fast forward to June 2016.  As I look back, more than 50% of the business that we processed in 2016 can be traced back to the seeds that were planted during that blizzard in 2015. My father used to tell me “show me your friends, and I’ll show you who you are” and that always stuck with me. You can pick your friends. You can seek them out.

I don’t think that (at the time) I realized that I was planting a crop for future harvest. In fact, I think I was just looking for an excuse to NOT shovel snow. But today, I look back on where new business comes from, where opportunities come from, and from where your next best friendships shall grow.

During “Winter Storm Juno” I planted seeds. Not sure if this strategy will work for growing crops in the mid-western USA, but it worked for me (big time) in growing my BUSINESS.

Last Point: www.DavidBurkus.com is an amazing guy - and he also grabs the check!

My favorite kind of friend. 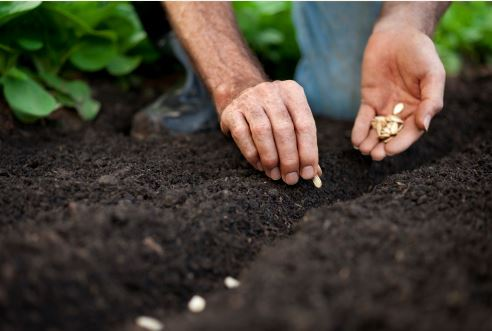 Posted by Thomas Capone at 7:55 AM No comments: