Remember the clip from HBO above? This was the opening scene of HBO's "The Newsroom".

America is not the greatest country in the world…….. anymore.

Please give me the timelines (the exact date range) of when the USA was THE GREATEST country in the world.

We all remember Muhammad Ali, the silver-tongued boxer and civil rights champion who famously proclaimed himself "The Greatest of all time" and then spent a lifetime living up to the billing, is now dead. How do you (today) feel about this man?  Was he a hero? Was he a criminal? I was born in 1960 and I grew up HATING this man, because my father hated him. Draft dodger. So, hate him we must!

Today I have very different feelings about Muhammad Ali.

We were the first country to land a man on the moon, and return him safely to earth. Was THAT when we were the greatest country in the world?

If I remember my history, we were beating people with clubs and blasting them with fire hoses at the exact same time we were shuttling men back and forth to the moon.

That does not feel too great.

A More Perfect Union may refer to the Preamble to the United States Constitution. You can read more here: https://en.wikipedia.org/wiki/Preamble_to_the_United_States_Constitution

Is it not amusing that many historians feel that “more perfect” is bad grammar?

The United States of America was never the greatest country in the world, just as it was (and never will be) perfect. The USA has had its share of villains and heroes in the Oval Office, sometimes in the same person.

Was Lincoln our greatest President? Many say yes. Others say that he was a very troubled man, suffering from depression and anxiety most of his life. Was the Civil War about slavery, or about economics? I am not smart enough to comment, and I was not there. And even if I were alive at the time, we all know that eyewitness testimony is bunk.

I love my country. I never fought in a war. I fully recognize that every good thing that I have in my life, I owe to others, especially our veterans. I grew up never wanting anything. I had two loving parents who both died way too young. From the day I was born, I enjoyed every benefit that living in the USA can possibly deliver.

The USA was never “The Greatest” country in the world. But from our birth as a nation, we have tried to form a more perfect union. It was this pursuit of perfection that made us amazing. Look at all we have accomplished in less than 300 years. As a nation, we are just a baby.

And it is the ONGOING, never-ending pursuit of greatness, the constant attempts to be better, to do better, to learn from our past - that is our destiny.

Learn from our past to make tomorrow better.

But let’s not go backwards.

"Made in the USA"

Posted by Thomas Capone at 7:56 AM No comments:

Darwin would be amazed 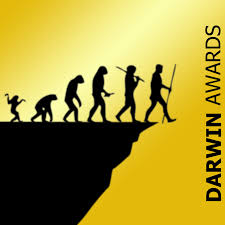 The Darwin Awards are a tongue-in-cheek honor, originating in Usenet newsgroup discussions around 1985. They recognize individuals who have supposedly contributed to human evolution by selecting themselves out of the gene pool via death or sterilization by their own actions.
The project became more formalized with the creation of a website in 1993, and followed up by a series of books starting in 2000, authored by Wendy Northcutt. The criterion for the awards states, "In the spirit of Charles Darwin, the Darwin Awards commemorate individuals who protect our gene pool by making the ultimate sacrifice of their own lives. Darwin Award winners eliminate themselves in an extraordinarily idiotic manner, thereby improving our species' chances of long-term survival.

We are not talking about First Responders, or Nurses, or Emergency Rescue personnel. We are talking about normal, every day people who made the choice to be in Florida - during Hurricane Irma. They choose to GO TO THE STATE with mandatory evacuations in place. 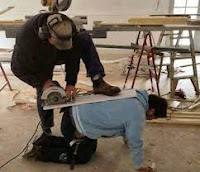 Forget about the storm surge. Forget about days (weeks?) of no electricity, or fresh drinking water. And the lack of food, or supplies. It might take days for gasoline supply trucks to replenish the “out of gas” stations.
As I sit here writing this blog in New Jersey, I cannot help but remember Hurricane Sandy. Our town was without electricity for days. Gas lines were long for a week. It took a full month for some basic utilities to be restored.
People with little to no money were so desperate to evacuate Florida. If they could get out, they would have done so. Some people had no choice, they did not have the means to follow the mandatory evacuation orders. 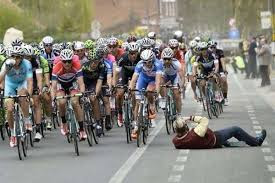 OK, new topic:
Every 40 seconds, someone in the USA has a heart attack.
Why do more heart attacks and sudden deaths occur on Monday than on any other day of the week?
According to researchers, an "outpouring" of stress hormones, such as cortisol and adrenaline, occurs within working people on Mondays. These findings were substantiated in a study of 683 patients, predominantly middle-aged men with implanted defibrillators and a history of life-threatening ventricular arrhythmias. The data led researchers to conclude that Monday is the most stressful day of the week when it comes to risk factors for heart attack.
What I find provocative about the study is that its participants showed a prominent peak in arrhythmias on Mondays—21 percent of episodes—even if they were no longer working! That was followed by a mid-week decline in arrhythmias and a second peak on Fridays. Not surprisingly, Saturdays and Sundays saw a 50 percent lower arrhythmia rate than did Mondays. 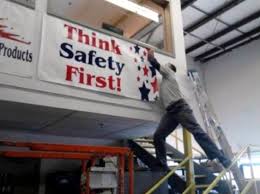 Why do Mondays continue to be the peak day for arrhythmias? Your body always remembers and anticipates stressful events. So, even though the participants in the study were not working, the fact that their bodies anticipated going to work on Monday triggered the identical biochemical stress hormones, increasing the heart attack risk factors that led to potentially lethal ventricular arrhythmias. 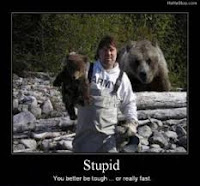 Those of you who decided to travel TO Florida (from safety) to harm’s way, your Darwin Award will be waiting for you.  Or for your next of kin to pick up for you.

Still, not everyone heeded orders to evacuate Florida. Wayne Ploghoft is hunkered down on the third floor of a building on Marco Island -- where catastrophic storm surges are imminent. Ploghoft said he wasn't able to evacuate because his flight plans didn't work out. Now Ploghoft and three others are holed up with stockpiles of water, canned food and battery power.

Wayne WANTED to get out of harm's way, but could not.
To those of you who traveled TO Florida, ignoring all of the warnings, congratulations. You are now part of the problem. You are now just one more person that our First Responders have to worry about. Thanks! 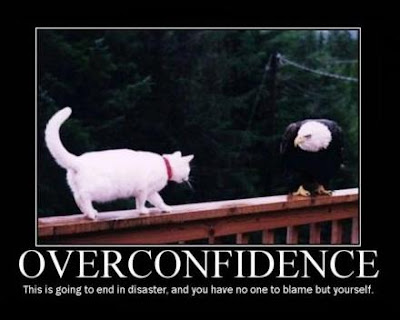 Mother, what have you done? 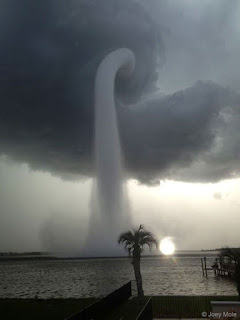 Pictured here is one of the better images yet recorded of a waterspout, a type of tornado that occurs over water. Waterspouts are spinning columns of rising moist air that typically form over warm water. Waterspouts can be as dangerous as tornadoes and can feature wind speeds over 200 kilometers per hour. Some waterspouts form away from thunderstorms and even during relatively fair weather. Waterspouts may be relatively transparent and initially visible only by an unusual pattern they create on the water. The featured image was taken in 2013 July near Tampa Bay, Florida. The Atlantic Ocean off the coast of Florida is arguably the most active area in the world for waterspouts, with hundreds forming each year.

Some people speculate that waterspouts are responsible for some of the ship losses recorded in the Bermuda Triangle. 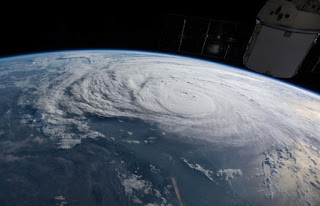 As of the writing of this blog, the water is still rising in Texas from Hurricane Harvey. With the technology of the day, we can predict a Hurricane many days before it hits landfall. We can take pictures from space, monitoring the massive storms. We can prepare, we can warn the people. But there is nothing that we can do about the storms themselves.

Technology allows us to prepare for Mother Nature having a bad day, but never preventing her from reminding us who's boss.

It will be interesting to see the role that technology plays in the recovery and the aftermath of Hurricane Harvey. 51.88 inches of rain. 27 trillion gallons of rain over 6 days - these are national records. Thousands of homes destroyed with only around 28% with flood insurance. 20,000 rescues reported. 37,000 living in shelters as of Friday night. Gas prices are up $0.23 in a week. 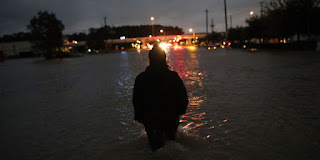 Total estimated costs of cleanup from this single storm: up to $180 Billion.


And the 2017 Hurricane Season has just begun. 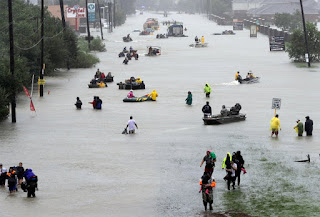