A game, in which a blindfolded player tries to catch others.

Blind man's bluff has been one of the most popular of children's games for centuries. In the most commonly known version one player is blindfolded (or hooded in some countries) and, after being turned around a few times for disorientation, has to catch one of the others. The blindfolded player is usually taunted, struck and poked with sticks, for the general amusement.

There are records of a variation of it being played in pre-Christian Greece and almost every country has a form of it. In Europe alone we find:
Italy - Mosca cieca (blind fly).
Germany - Blindekuh (blind cow)
Sweden - Blindbock (blind buck)
Spain - Gallina ciega (blind hen)
France - Colin-maillard (a name deriving from Jean Colin-Maillard, a warrior who had his eyes gouged out during a battle, but continued to fight, striking at random around him)
Gotta love the French.


So, what does any of this have to do with technology you say? These blogs are always about technology - so where is the technology connection?

Blind man’s bluff (in all of its forms) was entertaining because it highlighted that those who had “the knowledge” were the chosen ones. Those who found themselves “under the hood” were at an information disadvantage. It is their struggle while suffering with this lack of knowledge and information that has made the game entertaining for hundreds of years.

The empowered vs. the weak. The haves vs. the have-nots. The classic underdog struggle. This imbalance of those who have the knowledge vs. those who are information blind is what makes Blind Man’s Bluff a game.

Classic higher education always favored those who could afford to pay for it. Knowledge is power, and those with the power typically rule the powerless. Years ago, if you grew up in a country that supported free libraries, you would have a great advantage. Today, if you grow up having easy access to high speed Internet, you would have a significant advantage to those without.

Technology changes everything. What are the hot topics of the day? Mobility. Cloud. Distance Learning. eBooks. MOOCS may change the world of higher education forever, or they may become a passing fad. But one thing's for sure: immediate and unfettered access to knowledge and critical information will continue to be recognized as something to be coveted.

In the game of life, it is more fun to be the one without the blindfold or hood. Unless you enjoy being taunted, struck and poked with sticks, for the general amusement.

Posted by Thomas Capone at 9:10 AM No comments:

Black Boxes for Business and Life 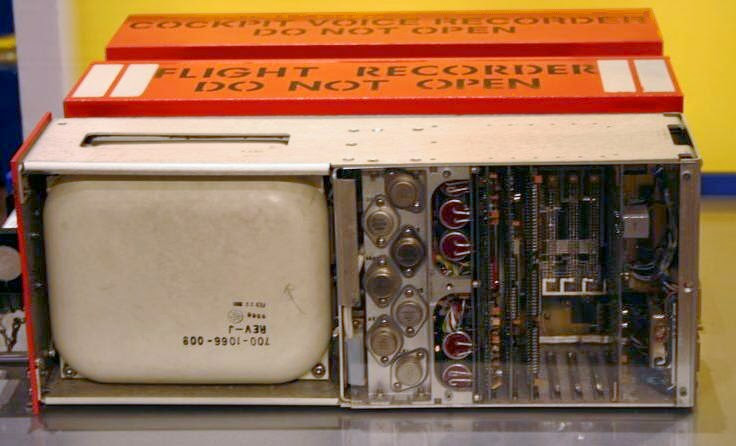 In aviation, a "black box" (they are actually bright orange, to facilitate their being found after a crash) is an audio or data recording device in an airplane or helicopter. The cockpit voice recorder records the conversation of the pilots and the flight data recorder logs information about controls and sensors, so that in the event of an accident investigators can use the recordings to assist in the investigation.

After a crash the first thing they look for is "the black box".

Many days after Asiana Airlines Flight 214 crash landed at San Francisco International Airport there is no official explanation for what caused the incident. Officials have said the Boeing 777, which had flown from Seoul in South Korea, was traveling slower than recommended on its final approach, though it could be up to a year before a definite cause for this is determined.

In the exhaustive investigation that follows, all factors -- mechanical, operational, and human performance -- are taken into account.

The United States has a habit of spending whatever it takes to finish an air crash investigation. When Trans World Airlines Flight 800 crashed into the Atlantic in 1996, the US spent millions of dollars, with thousands of government agents, a little army of people taking every little piece of wreckage - off of the ocean floor.

More than 132,000 aviation accident investigations. Some accidents were of small single engine planes. Some were of the size of Asiana Airlines Flight 214 with hundreds of people on board. But all were investigated, deeply and immediately, with no consideration to cost. All so that we can make recommendations.

Because not flying is simply not an option.

Crash landings like Asiana Airlines Flight 214 or Trans World Airlines Flight 800 make the news, and thankfully are very rare. But who determines what is acceptable frequency? What if such tragic air accidents happened once a month? Once a week? What would it take before we hit the tipping point where continuing to fly is simply not acceptable?

One person dies in the US every 13 minutes in a Car Accident- 115 killed each day. This must be an acceptable number since auto sales are up this year. Is this why Google is so hot on launching technology that makes cars that drive themselves?

Such tipping points are all around us in our every day lives, but we ignore them. We know that smoking is bad for you, but cigarettes still exist. We know that chemicals in our foods is unhealthy, but we still eat manufactured foods. Don't even get me started on soda. Is there anyone on the planet that can say that drinking soda or smoking cigarettes is GOOD for you?

What about in your own business? How many bad customer experience stories were recorded by your own company's "black box" but were deemed to be acceptable? How many business lessons were observed and discussed - but then simply ignored - deemed to be well below the tipping point of requiring any corrective action.

Remember the "Miracle on the Hudson?" Chesley B. "Sully" Sullenberger gained fame when he successfully ditched US Airways Flight 1549, which had been disabled by striking a flock of Canada geese during its initial climb out, over the Hudson River off Manhattan, New York City, on January 15, 2009. All of the 155 passengers and crew aboard the aircraft survived.

What would Sully say, if he reviewed your business flight data recorder? 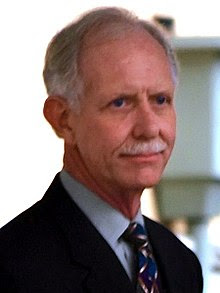 Posted by Thomas Capone at 7:16 AM No comments: