Where were you when... 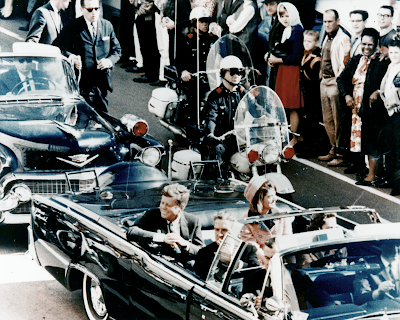 I was 3 years, 1 month and 20 days old when John F. Kennedy was Assassinated. I think this was my first memory. I was in the kitchen with my mother. She had the radio on and she heard the news. She screamed, and then she cried. I never saw my mother cry before. My father came home from work and she asked him “Did you hear?” I saw both of my parents so devastated. I remember that day like it was yesterday.

Less than one-third of us alive today, according to the U.S. Census, were here in 1963 when President John F. Kennedy's assassination plunged the country into grief, social re-assessment and a tailspin of conspiracy theories that persists 50 years later. Americans alive on that Nov. 22 day never forget.

JFK's murder, followed by the Oswald and Ruby fiascoes burned into the memories of those who were old enough to experience it. For older generations, like my parents and grandparents, it was yet another "Where were you on Pearl Harbor?" kind of day. For the young like me, we would not be able to process this until we were much older.

Though not the only film of the shooting, it has been called the most complete, giving a relatively clear view from a somewhat elevated position, and on the side from which the president's head wound is visible. It was an important part of the Warren Commission hearings and all subsequent investigations of the assassination, and is one of the most studied pieces of film in history. Of greatest notoriety is the film's capture of the fatal shot to President Kennedy's head when his limousine was almost exactly in front of, and slightly below, Zapruder's position.

Having a motion picture camera in 1963 was a big deal. They were expensive, and not easy to operate. Color film was expensive to buy, and even more expensive to develop.

During the Boston Marathon on April 15, 2013, two pressure cooker bombs exploded at 2:49 pm EDT killing 3 people and injuring an estimated 264 others. The bombs exploded about 13 seconds and 210 yards apart, near the finish line on Boylston Street.

There were thousands crowding the last stretch of the Boston marathon, all capturing the events before and after the bombs exploded.

The reality is with the number of people who are carrying with them the equivalent of HD video cameras, history is being documented by millions of people every day. In just over a decade, the amount of video being shot by amateurs has increased dramatically - and so too, has the evidence available to law enforcement officials.

Can you imagine back in JFK's day if you had the proliferation of cameras? There would be no question about the grassy knoll. We'd have answers on day two.

I was only 3 years old, and I remember exactly where I was and what I was doing when John F. Kennedy was killed. I remember exactly where I was when the Space Shuttle Challenger disaster occurred on January 28, 1986. And September 11, 2001. And when the Space Shuttle Columbia disaster occurred on February 1, 2003. And now, the Boston Bombings on April 15, 2013.

I wonder what our next “Where were you when” moment will be?

One thing's for sure, there will be video. 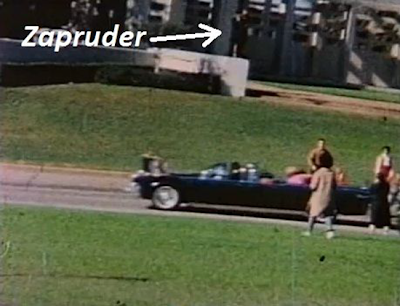