It's the Techonomy, Stupid! 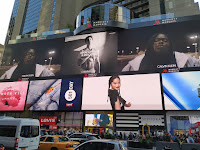 I love New York. I also love business and technology. I feel that business, technology and our global society are deeply connected.

This past week, NYDLA helped to promote the fourth annual Techonomy NYC conference. At the risk of being overly dramatic with a sincere compliment: if  I was unemployed and if I was looking for a job, I would want to work at Techonomy. For now, I shall have to settle with helping them to spread their vision: Technology + Economy = Techonomy 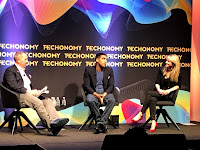 The theme of the Techonomy conference was "Collaborating for Responsible Growth" and the timing could not be any better. I believe that a technological future can work for everyone, but we all need to work together to make this happen. I would be hard pressed to think of an organization or community that is better aligned with the purpose and mission of the NYDLA.

Here are just some of the session topics that were covered over two amazing days in The Big Apple: 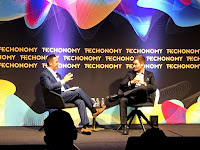 The people behind Techonomy believe that technology must be a tool for progress. But this requires both our attention and intention. Sadly too often, the technology that we create fails society. Technological, business and economic challenges are impossible to separate.

Since 1983 I have watched distance learning morph into DIGITAL learning, which today has simply become DIGITAL LIVING. And so, I have seen the "D and the L" in NYDLA morph from DISTANCE to DIGITAL and from LEARNING to LIVING. 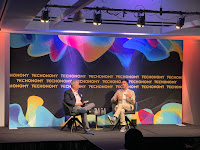 To be successful in the new global economy, you must become a "Techonomist" and you must embrace lifelong learning. The path to a sustainable and healthy economy is through knowledge + technology + talent. It is technology that will allow (all of us) to find the solutions that we need. And boy, do we need solutions and fast.

From David Kirkpatrick, Editor-in-Chief of Techonomy: "Will tech destroy the planet? Or can tech save the planet? We have a crisis of industry behavior, of public confidence, and of policy. As a longtime chronic optimist, with the tools of tech employed with focus and good intention, there is hope of spreading prosperity." 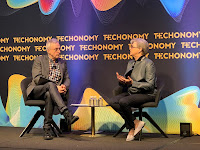 I too, am an optimist. Born in 1960, I watched NASA put men on the moon. I watched DISNEY give birth to Walt Disney World and EPCOT (Experimental Prototype Community of Tomorrow). As of April 2019, 56.1% of the world's population has internet access. This is up from 0.4% in 1995.

This blog is possible because of technology. Amazon. Uber. Apple. Google. Podcasts, TED.com talks, NETFLIX documentaries. Folks, we are all techonomists. What will the future hold? Will tech save or destroy our planet?

The best news from spending two days at Techonomy NYC: we get to decide our future.

All of us are techonomists and we are all in this together. I vote for SAVE. 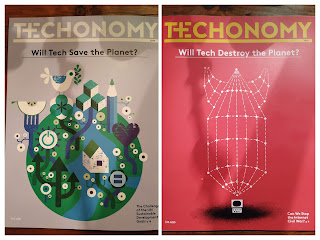 Posted by Thomas Capone at 9:11 AM No comments:

My friend Lee Cockerell once said on his podcast that you should "Manage like a Mother" and it stuck with me. I love leadership quotes.

When I was growing up, my Mom ran the household. She would learn how to prioritize. She had the ability to separate what was the most important thing, from what was not important. And once she knew what was important, she put all of her focus and energy into what she determined was essential and best for the family. [ Mom would never quit. ]

Mom was very good at processing new information as it came in. Mom knew that as things change, plans change and that our priorities needed to change accordingly. [ Like discovering a sick child the night before leaving for the big family vacation. ]

Mom would allow us to make mistakes. We would learn that actions have consequences, and that we needed to take ownership of our actions. [ Don't lie to Mom. She would always find out. ]

Mom would make the tough calls from time to time. Ultimately, it was Mom's call as to what would be the best for the family. Over time, it became evident that Mom was (almost) always right.

At this point in my life (and my business career) I see how CEO and MOM can mean the same thing. Moms demand action when action is needed. Moms fully pour their heart and their entire being into their family. Moms help the family to be its best, creating a positive vision of what can be. Moms hold their children to a higher standard. Moms expect honesty and accountability from their children. And Moms are always there for their children, no matter what.

Here is something cool. Google "Leadership Quotes" and you will find thousands. Now, replace the word "Leadership" or "Leaders" with the word Motherhood and Mother.

Here is an example:

"The pessimist complains about the wind. The optimist expects it to change. The leader (Mother) adjusts the sails."  ~ John Maxwell


Happy Mothers Day to all the Leaders and Managers out there....... ESPECIALLY to all the Momprenuers in the world - the female business owners who are actively balancing the role of a Mom and the role of an Entrepreneur. 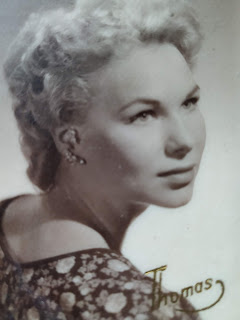 Posted by Thomas Capone at 9:55 AM No comments:

Thank you for your service

Thank you for your service. Now get into the trash (or recycling) pile. 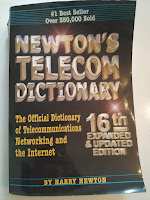 OK, so my wife and I were testing out the Marie Kondo tidying methods this weekend. We hit the basement armed with trash bags, gloves, and my smartphone. Why the smartphone you ask? Because before I threw something away, before trashing something that was a memory from the past, I took a picture. Believe it or not, just the act of taking a picture helped to speed up the process. It was like we were "thanking each individual item" for serving its purpose before getting rid of it. More on this later.

Did you Ojo? Back in around 2005 we sold the Ojo video phones and service. I just found around a dozen Ojo phones in the basement, unopened, and still in the box.

Yes there was Skype, but Ojo was a dedicated, always ready two-way video connection. It also looked very cool on your desk. Two phones cost $1,600 plus around $9.95 per month, per phone. I see that you can (still) find Ojo phones online at Amazon and such, for around $55.

Ojo did not make it. The devices were too expensive, and the service was too limited. Fast forward to 2019: we have Facebook Portal. Dedicated phones, so that if you can't be there, you feel like you are there. Unlike the video calling you're used to (Skype, Zoom, etc.) Portal has a Smart Camera that will follow your voice as you move around the room. 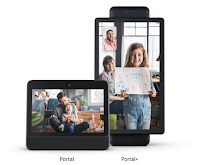 When Facebook's smart display was released last year, it received mixed reviews. But now - we have the privacy and personal data controversies that have recently surrounded Facebook. Having an always-listening microphone and always-watching camera, after a year of privacy scandals, I'm not buying it. At $498 for two of the Portal "Plus" it seems like they might be going down the same road as Ojo. Would the Facebook Portal bring you joy?

Sometimes things change, and sometimes the change is within you. I remember when Newton's Telecom Dictionary was a must-have for anyone in the telecom or technology space. And every year, I would gladly pay good money for the latest version of that paperback book. I just said "thank you for your service" for the 16th version, and threw it into the throw out bin. I also see that you can buy the 31st "Updated and Expanded Version" of the paperback book online for around $25. But now I have poked around the Internet to find www.HarryNewton.com and www.TechnologyInvestor.com and so I hope that Harry Newton is still doing well. I just pinged him on LinkedIn. If he is still around, I will thank Harry for his service - and I'll buy his new book. Harry Newton has given me joy over the years, and it looks like he might have lots more joy to give. 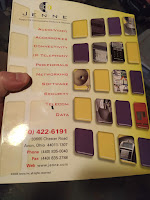 I also found the 2008 Jenne.com catalog in the basement. I find it amusing that the folks from NYDLA leadership had lunch in NYC last week with the folks from Jenne. And I find it even more amusing that you can access their 774 page products and services "book" online. Do they still mail this thing? I hope they are not still killing trees. I thanked the 2008 Jenne catalog for its service - and I threw it in the recycling bin. But I also thanked the guys from Jenne for our most excellent lunch meeting (again) as I will send them the link to this blog. Working with Jenne gives me joy, and this has been the case for over 25 years. 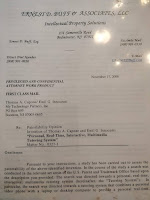 While poking around in the basement I also found all of our paperwork on the patent that we applied for: distance learning.

Back in 2006 (thanks to our Ojo experience) we thought that we were onto something - a way to take "off the shelf" technologies and create something magical. Guess what - we were right! Guess what else: it only pays to pursue and own a patent (on anything) if you have the means to defend and protect said patent. Otherwise the only people making any money are the patent lawyers. Lessons learned. Marie Kondo would be proud, as I thanked our technology patent (legal documents) for its service. It's all now in the trash, but first - I took pictures. Ah yes - mistakes are tuition. But the lessons learned, even the expensive ones, have given me joy over the years.

So was the Ojo phone too early? Will the new Facebook Portal become a hit, or will it find the same fate as Ojo? Will the issues of privacy and security kill it before it gets off the ground? And what about the voice only services like Amazon Alexa and Apple Siri? It will be interesting to see how privacy issues and data ownership issues all play out. For now, today: Alexa and Siri do not give me joy.

OK, back to Marie Kondo. The KonMari method is based on getting rid of physical items that do not bring joy into your life. But the method makes you pause and reflect on the things that did (and still do) bring you joy.

Sometimes we need to get rid of the good to make room for the great. 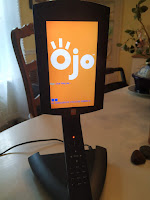 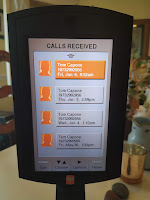 Posted by Thomas Capone at 11:14 AM No comments: