Who goes there! Friend or Foe?

The phrase the enemy of my enemy is my friend is a proverb that advances the concept that someone who is the enemy of your enemy is therefore your friend. It further means that because two parties have a common enemy, one can use the other to advance their goals. In foreign policy, it's a doctrine commonly used to interact with a significant enemy through an intermediary rather than through direct confrontation.

Examples throughout history are common, such as longtime enemies Britain and France uniting against Germany during World War I, the Western capitalist democracies aiding the Soviet Union following the Nazi invasion during World War II, or U.S. support for anti-Communist dictatorships during the Cold War.


Social media includes web-based and mobile technologies used to turn communication into interactive dialogue. The Communications and Information School of Rutgers University defines social media as "a group of Internet-based applications that build on the ideological and technological foundations of Web 2.0, allowing the creation and exchange of user-generated content."


Pinterest is a Virtual Pinboard. Pinterest lets you organize and share all the beautiful things you find on the web. People use pinboards to plan their weddings, decorate their homes, and organize their favorite recipes. Best of all, you can browse pinboards created by other people. Browsing pinboards is a fun way to discover new things and get inspiration from people who share your interests.  From the Pinterest website: Our goal is to connect everyone in the world through the 'things' they find interesting. We think that a favorite book, toy, or recipe can reveal a common link between two people. With millions of new pins added every week, Pinterest is connecting people all over the world based on shared tastes and interests. 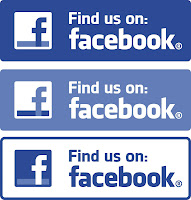 I have been in the telecom and technology business since 1983. I had one of the first active websites (for a non-publically traded company). Over the years, we have participated in the design, hosting and/or maintenance of over 40,000 websites. Today, a successful website must have all of the buttons and links for Facebook, Twitter, LinkedIn, and now it looks like you need Google+ as well. You must blog and have videos on your site, or your search engine optimization (SEO) will suffer. And now here comes Pinterest!  Yeah baby, I did not have enough to do this week. Job creation yes, as someone has to keep all of this stuff current and interesting, but is this me being "social"?  I write my own blog every Sunday; I'll leave the rest of "my" social media duties to my very capable digital media staff.


This blog is going to be viewed by my friends – and by the friends of my friends. Here is my question to all of my peeps on this "Blogger Sunday": If the enemy of my enemy is my friend, does that make the friend of my friend – my enemy? No. It makes them a stranger. But have no fear! You can friend me here https://www.facebook.com/thomas.a.capone

Was Will Rogers the first social media pioneer? Was good 'ol Will the Gary Vaynerchuk or Seth Godin of the day? Maybe what is old is simply new again. “A stranger is just a friend I haven’t met yet” ~Will Rogers
Posted by Thomas Capone at 6:47 AM No comments:

I saw the movie “Red Tails” last month. It was an account of the Tuskegee Airmen, an all-black World War II fighter pilot squad. The squadron, which was sent to North Africa and Italy to escort white bomber pilots, consisted of some of the best fighter pilots in the Air Corps.

There was a key point in the movie, where they earned the right to pilot the “good planes”.


Tuskegee Airmen initially were equipped with Curtiss P-40 Warhawks fighter-bomber aircraft, briefly with Bell P-39 Airacobras (March 1944), Republic P-47 Thunderbolts (June–July 1944), and then finally -  towards the end of the war - the fighter group acquired the aircraft with which they became most commonly associated, the P-51 Mustang (July 1944). When the pilots of the 332nd Fighter Group painted the tails of their P-51's red, the nickname "Red Tails" was coined.

So, these amazing pilots started out with “crappy” planes and yet they were successful.  Then, they had less crappy planes.  Finally, after they were already heroes (many times over) they were allowed to fly the best planes of the day – the P-51 Mustang. So, here is my question: Does the best technology bring out the best in people, or do the best people make technology look “the best”?
I have made it a career selling and promoting technology. It started in 1983, selling “car phones” when the NYNEX® cellular network went live. With only 9 active cellular towers in the entire country, service was terrible, phone calls were well over $1 per minute and the phones themselves cost around $3,000 installed (drilled) into your luxury car.  Bag phones would not first appear for many years.


Just this week, I started using an iPhone®.


Let that roll around in your head for a few seconds. I don’t know of many people on the planet that have been using (and selling) mobility longer than me. Since 1983, I have seen the wireless as well as the entire technology world - morph and change many, many times.

The first appearance of a mobile phone in a major Hollywood movie was "Sabrina" in 1954 (http://www.imdb.com/title/tt0047437/). Cellular phone networks were first put in place in 1981 in Scandinavia and Saudi Arabia, so the first cellular phone film appearance might have been in a Scandinavian film. Portable phones that could be put in jacket pockets only started to be available in the mid-1980s. In "Wall Street" (1987) by Oliver Stone, the Michael Douglas character makes extensive use of a hand-held cell phone. (http://www.imdb.com/title/tt0094291/)
I'm pretty sure the first time I saw a “car phone” was in a James Bond flick in the 60’s. I'll have to check on the name, but I think James Bond had the first. I credit "Bond, James Bond" for my entire sales career.

Or.... maybe it was James T. Kirk, with his Star Trek communicator.

Or……maybe it was Dick Tracy with his “watch phone”.

When you think about it, does technology make us look good, or is it the other way around?  Does technology even matter?  My laptop and the Internet have allowed me to post this blog on this wonderful Sunday morning, for the entire world to see, all within seconds of my fingers hitting the keys. But, it was my hands and my mind that really made it happen, not my laptop. Had I used an iPad, would today's blog have been any better?  My old (long since retired) IBM Wheelwriter® and Selectric® Typewriters did not seem like the right technology for this particular job.
The movie Red Tails reminds us to be thankful for the very talented hands and minds of the Tuskegee Airmen. And of course, to also be thankful for all of the factory workers and engineers who designed and built the amazing planes they flew – and thankful indeed for the mechanics on the ground that kept them in the air.

Just remember, the majority of the success of the Tuskegee Airmen came long before the most amazing technology of the day - the P-51 Mustang - ever made its first flight.


Yeah, they sure don't make 'em like they used to...
Posted by Thomas Capone at 6:20 AM No comments: