Vote for the best liar

People like politicians who give straight and honest answers, so why don’t they?

Here is my best guess: politicians who do not answer questions clearly and succinctly do this for a reason and are doing it quite consciously. But it is very unnatural behavior. In “real life” it is hard to get away with it in any other profession. And interestingly, voters seem to be turned off by it. So why do politicians keep evading questions?
The reason: they are actually in a difficult personal position. Of course they know the answers to the questions. But they are worried that if they give a straight answer, they will be crucified by party members and colleagues, or they think it might limit their flexibility in future decision making. So, they have many things to think of when giving an answer, and their calculation typically is that not giving an answer will give the best return. And many of them cannot think fast enough to answer in a safe manner.
The cognitive process going on inside a politician’s brain when evading answers is not straightforward. It takes training and mental control to answer this way. People who are impulsive would probably not be able to do it well. Part of the problems of many new grassroots politicians is that they often are somewhat more impulsively responding to questions. This meant that the party did not look like one with a united set of ideas. And this can lead to a number of scandals, and ultimately, a number of these people losing their elected positions.
Only the people who are really good in saying what they think the party wants them to say and saying things that they think the public might want to hear will be able to stay in the political game. Not everybody is capable of this. There are special psychological traits and mental abilities that are important for being a politician.
But, there is a big but! To really get to the top spot, to be the absolute leader (in a democracy) it is not enough to be good at evading answers and being able to stick to the party line. For those positions, the ultimate winner might be someone who is indeed giving straight answers. Straight answers that are not only straight answers, but also answers that reflect a vision that people want from a politician.
Now, once you are POTUS (or the top official) you should be above the fray. You should be able to freely state what you believe to be true, without any worries or consequences. Hell, you are POTUS! It should be liberating to know that you can say the truth, the whole truth, and nothing but the truth. YOU WON! Maybe, just maybe you are going to worry about being re-elected. So, maybe you feel that you need to continue to answer questions with half-truths.  But even if you don’t win a second term, hell, you were POTUS!

Potus: feel free to tell the actual truth at all times, and let the chips fall where they may!
There is an old saying in politics: to change the world, first you need to get elected. So, politicians justify being evasive, hell, even flat out lying - so that they can get elected. And then once elected, they can make a difference.  In their minds, the ends justifies the means.
But Tom, you always blog about “technology” and the Internet and such? Where are you going with this?
http://www.snopes.com/  http://www.factcheck.org/  http://www.npr.org/tags/502124007/fake-news
Today, BECAUSE of the Internet, the speed at which a politician can be caught telling whoppers is nearly real-time.  We always knew that politicians lied, for the reasons stated above. Now, due to the ability to prove things false so fast, to check the facts almost instantly, our politicians come off as morons. As idiots. As unfit to serve.
Where all of this will take us is anyone’s guess. But one thing is for certain; the speed of the Internet and the power of instant “fake news” has changed the game of politics forever. So don’t blame lying politicians; blame faster and affordable mobile Internet connections. Our politicians did not change, our technology did.

If a politician lied to get elected, we get that. We can see how the system works. But now that you are elected, cut the bullshit. You won, now go out into the world and do your job. Go forth and lie no more.
And these are not only facts, but these are “true facts” as they say in Washington.

Where did you get those super balls? 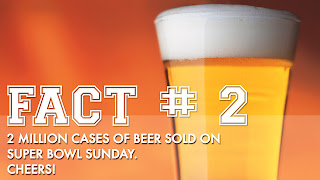 The 12 years between Ray Lewis's two Super Bowl victories are the longest between wins in any player's career.

Super Bowl 50 was the first big game to not feature roman numerals in its title. The NFL uses roman numerals to "clarify any confusion that may occur because the NFL Championship Game -- the Super Bowl -- is played in the year following a chronologically recorded season."

Many believe that Super Bowl Sunday should be its own holiday. Approximately 1.5 million people will call in sick to work the day after the big game.

Did you know the first two Super Bowls weren't even called by that moniker? It gained the name in the third Super Bowl. The first two were called the AFL-NFL World Championship Game. Catchy.

Behind only Thanksgiving, Super Bowl Sunday is the second largest day for food consumption in the United States.

Phil Simms, winner of Super Bowl XXI, was the first to ever say the phrase, "I'm going to Disney World!"

The average ticket price at Super Bowl XLIX was a cool $6,500. That is 110 percent more expensive than the previous year.

A flashy Super Bowl ring is not cheap. The jewelry costs approximately $5,000 each. A team usually gets around 150 for each Super Bowl victory.

The NFL might be an American sport, but Super Bowl Sunday is worldwide. The big game is broadcast around the globe in 34 different languages.

The first two Super Bowls were almost lost to soap operas. Back in 1967 and 1968, the big games were not broadcasted live, and the only known footage of them was thought to have been erased. (According to NFL Films' Steve Sabol, "they were erased to film soap operas.") Luckily, a single fan was found to have recorded the events, preserving the Super Bowls for posterity.

The Patriots' last-second victory over the Seahawks in Super Bowl XLIX was the most watched telecast in television history. The 49th Super Bowl was viewed by 114.4 million viewers.

When we really, really want something, the universe conspires for it to come true.

I was born in 1960. My dad was friends with a man by the name of Leon Hess, the founder of the Hess Corporation and the owner of the New York Jets. On January 12, 1969 my dad took me to Super Bowl III at the Orange Bowl in Miami, Florida. To this day, this game is regarded as one of the greatest upsets in American sports history. The heavy underdog American Football League (AFL) champion New York Jets defeated the National Football League (NFL) champion Baltimore Colts by a score of 16–7. This was the first Super Bowl victory for the AFL.
If the NY Jets never won that game, the “Super Bowl” might have never become - super. And I would have ten less blogs in my archive.

NOW: why 72 balls you ask? Scroll up. Why 72 regulation “Superballs” and not 70? First 10 people who email me with the right answer shall win a $25 gift card. Seriously, I have ten $25 Amazon Gift Cards looking for new homes.

Ah yes, the power of the Internet.

If you are reading this blog, you have all the power you need to get the answer. When we really, really want something, the universe conspires for it to come true. 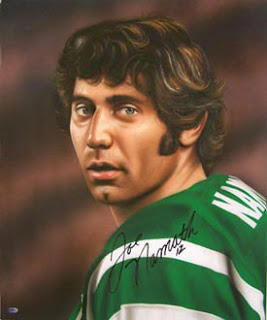 Posted by Thomas Capone at 7:38 AM No comments: