It's the education, stupid! 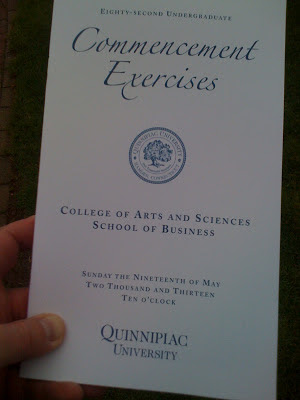 Yesterday was an amazing day. I watched my oldest son graduate from college. I’ll save my gushy emotions for the end, as I want to talk about something that I learned this weekend:

Education is the most important thing in the world.

Learning to walk. Learning to read. Math, Algebra, Calculus. Chemistry, Biology, English. Computer programming, Accounting, Business Law. How to ride a bike, how to drive a car, how to cook, how to paint, or sculpt or draw. How to build a website. How to design, create, invent - anything - and everything. From the simple to the complex, life is a non-stop process of learning new things.

Life is learning, and learning is life. They are one in the same. The quality of one’s life is measured by the pursuit of lifelong education. Notice that important word - pursuit. It is this pursuit of education where things seem to become unfair.

As we get older, something happens with the education process. I don’t know when learning becomes a scarce asset connected to money, but it happens. At some point, the ability to “learn” is connected to how much money you are willing to spend in exchange for the knowledge. The more money you have, the easier it is to learn. The more money you have, the better the access to the material, to the instructors, to the source of the quality learning process. At some point, it starts to cost lots and lots of money to learn “the good stuff”.

I watched the faces of people during the graduation ceremony. Parents, Aunts, Uncles, Sisters and Brothers. I watched the smiles and the tears as everyone celebrated the learning process culminate into one of our most coveted prizes: a college degree. Many of these smiling, crying, laughing people borrowed a great deal of money to make this wonderful day possible. Many families worked two jobs, or went deep into debt to make the college experience a reality. And the student loans, let’s not forget the student loans!

Life is learning, and learning is life. But why does this process become so expensive? Why does the formal education process hit such a division, where having (or not having) enough money determines your opportunity to pursue your passion?

There were many young men and women in my son’s graduating class who will become teachers, doctors, lawyers. They will become scientists, possibly inventing new drugs or changing the course of society. They have wonderful career opportunities because they were fortunate enough to pursue an expensive college degree attending an excellent accredited university. Some will carry college debt for many years, with or without securing jobs in their chosen field of study. Life is learning and learning is life.

Why would we not want as many teachers, doctors and scientists as possible? Why would we not want anyone with the passion and the drive to become a productive members of society via higher education? There was a time in this country where only those with money would ever learn to read. Everyone else was out of luck. What would the world be like if anyone who wanted to learn was empowered and enabled to learn? It should not matter how much money your parents have, or what part of the world you happen to live.

Life is learning and learning is life.  It should not be connected to money.

Across the country there were many families celebrating a wonderful day - college graduation day. Lifelong learning should not be so damn expensive. Maybe the distance learning technology of today will continue to change the way we pursue higher education. The world can use all of the passionate, dedicated, highly educated people we can get. We should not let the lack of money get in the way. 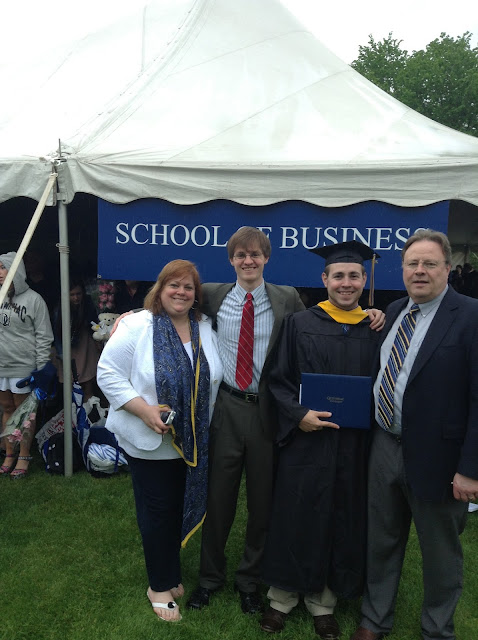 Posted by Thomas Capone at 5:46 AM No comments:

Necessity is the mother of invention. Meaning: If someone really needs something or has a problem, he/she will find a way.

Throughout the history of science, evidence has proven that necessity is the mother of invention. If you want to invent something, think about what people need or what problems they have.

When people really need to do something, they will figure out a way to do it. When the fan belt on Linda's car broke in the middle of the desert, Linda used her stockings as a replacement. Necessity is the mother of invention.

Inventiveness and ingenuity are stimulated by difficulty. For example, The first prisoner to tie together bedsheets to escape knew that necessity was the mother of invention. This proverb first appeared in English in 1519 in slightly different form, "Need taught him wit," and exists in many other languages as well.

The baby was born unto us all and we shall call him “ARPANET”.

Today we have eBooks, Facebook, Twitter, eBay, Amazon.com and many (many) siblings of ARPANET. The world will never be the same because of that one, singular “birth” of an invention traced back to a government need for secure and instant communications.


And now, just look at how our baby ARPANET has grown into a hormone driven teenager. What would the world do without Facebook and Tweets and grumpy cat videos? Thank you, ARPANET.

I wonder what “Mom” thinks of her little baby boy ARPANET today? Born from scientists to service science, the need was great and the world would never be the same. Kinda brings new meaning to "My son, the scientist".

This is a great place to stop, so that we can all send Mom an email or a tweet or a post or a video or a gift card or flowers or make reservations online - Happy Mother’s Day! 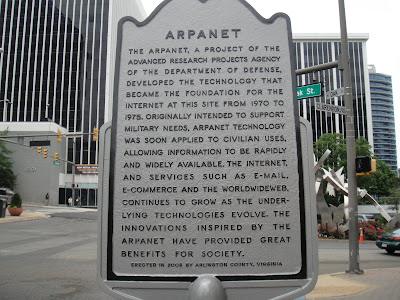 Posted by Thomas Capone at 7:02 AM No comments:

Do you wanna bump?

"Do Ya Wanna Bump" is a dance song recorded by American recording artist Sylvester. The song is heard briefly in the movie Trading Places, a comedy-drama movie starring Eddie Murphy and Dan Aykroyd. Doing “The Bump” was a big dance craze in the 70’s. I think I did “The Bump” at my Senior Prom.
I just came back from the best business trip ever - the USDLA National Convention in St. Louis. Sadly, I could not find anyone who wanted to bump with me.

The bumping of smartphones: "The best digital business idea that does not work."
While in St. Louis among the world's leading technologists and education digerati I noticed the that everyone remains stubbornly dependent upon paper: paper programs, paper posters, paper flyers and paper name tags.
And, Paper Business Cards. There was no smartphone bumping of business cards in St. Louis.
I must have passed out (and received) 250 business cards at the event. Nobody offered a "digital" card and nobody asked for one, even though the "bump" technology of transferring data from one mobile device to another has been around for a few years. I found this odd ... especially when I returned home and scanned all of my collected cards. Doesn't that seem like the biggest waste of time? "Bumping" a business card is such a great idea. But it never worked.

Many reasons: Habit, and the fact that paper cards offer subtle benefits that the bumping of two phones just can't match. But we must also remember human nature.
Offering a "bump" requires a conversation between the parties to learn that a) the receiver of the data bump is amenable to this method, and b) that he or she possesses the necessary bump technology (yes, people still carry not-so-smart phones).
That extra step alone is enough to dissuade this non-bumper. But there are other considerations. Some new contacts may acquiesce to and accept your bump even though they really would prefer a physical business card; too polite to ask, they leave the encounter slightly unfulfilled and maybe even irritated. And should you make the offer to someone who either doesn't bump or lacks the bumping technology, well, you've added the possibility of embarrassment to the possibility of irritation.
Such potential irritation is not good for business. And why take the chance when going old school (paper business card) carries no risk whatsoever.
What about the bumpers who hate paper cards and are irritated by the failure of most of us to get with the bump program?
That's their problem. And that is their irritation, unlike the type they risk causing, this irritation cannot be directed at specific individuals or else they'd be irritated with virtually everyone.

< Admit it. If you are over 50 you have that song “Do you wanna Bump” playing in your head right now, don’t you?  See, Disco is not dead... it has just been on life support. > 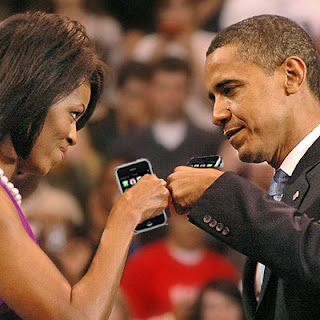 Posted by Thomas Capone at 5:26 AM No comments: