I remember the big things 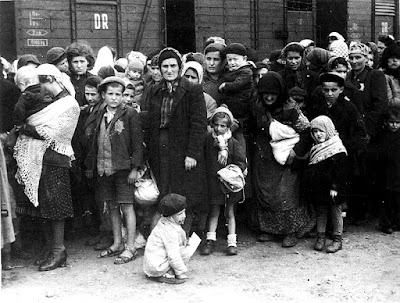 I met "Big Tony" Gonczarow during my "Pre-Med" educational track days at PURDUE. Thanks to the magic of Facebook - Tony and I reconnected - only a few years ago.

Tony was easy to remember. First, he was taller than me, and had at least 50 pounds on me. And I'm not...tiny. Second he was from the Northeast, like me. Third, his stories about his father - a Holocaust survivor - were impossible to forget. Riveting stories. I can remember vividly Tony telling stories of how his father survived, and how he made his way to the USA. Tony's father was very proud to show his bare arm - to show the numbers tattooed on his forearm.

Around 30 years ago, I was very busy moving colleges, schools and museums off of ISDN and over to DSL. Video conferencing was going through its renaissance, and the new affordable high speed Internet (DSL) was the way to go for hosting quality distance learning and video conferencing sessions. 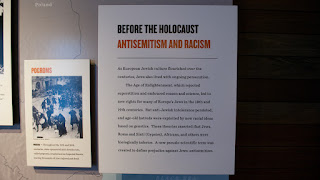 One of my clients at the time was the Holocaust Museum and Educational Center. One of their cool ideas was to host real-time video conference calls with survivors, and with K-12 students all around the world. This was state-of-the-art at the time.

One of my cool ideas was to not just host these meetings - but to also record and archive these sessions.

How many of his students have gone on to become Doctors, Nurses, Business Owners, Teachers, Entrepreneurs. How many of the lives that "Big Tony" has touched, are now citizens out in the world - doing good work. 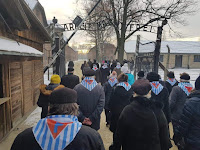 Later this week, I shall be donating my archive of Holocaust Survivor video conference meetings with K-12 students to the Museum of Jewish Heritage in NYC.

If Tony's father did not survive, there would be no Big Tony. There would not be the amazing sons that Tony is so proud of - sons who are now moving on with their own college careers. And if there was no Big Tony in Chemistry 101 at PURDUE, I probably would never had the "extra" motivation to service the Holocaust Memorial and Tolerance Center of Nassau County. I would have never had the idea or the motivation to give them my services at no cost. But I did give them free DSL service, in memory of Tony's father.

Life is all about the moments that we connect together.

I owe a great deal to Edward Gonczarow, a man that I never met. We all do. 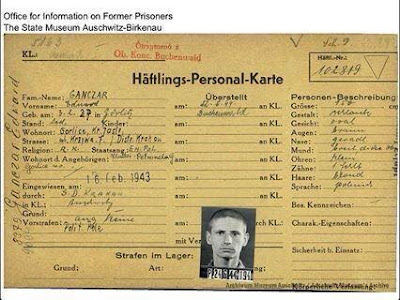 Posted by Thomas Capone at 11:20 AM No comments: 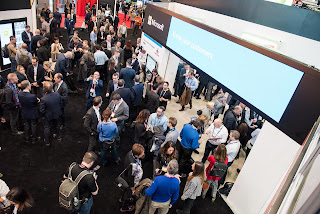 I had a "meetings and events" epiphany today.

And we had a smattering of smaller events and meetings throughout the month. From events with 75 people to 55,000 people, we really covered the spectrum of "meetings and events" so far in early 2019. 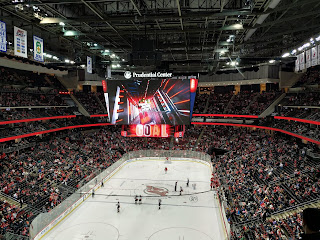 Yesterday my son and I attended "a two man team building meeting" - at a New Jersey Devils hockey game at the Prudential Center in Newark, New Jersey. Parking was easy. Getting into the area via eTickets on our smartphones was easy. Watching the game live on the ice - and on the big screen - AND on our smartphones was....easy. I also noticed that since we had eTickets on our smartphones, we had coupons and spiffs and specials sent to us throughout the game. We did not do it but we could have made purchases for food and souvenirs from our seats, and then just picked them up at our convenience. Or, had things shipped directly to our home, or to anywhere in the world. 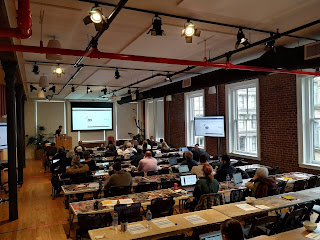 Last week, we had a meeting in SoHo (that's an acronym for South of Houston Street, NYC) with around 75+ in the room live. Presenters flew in from out of town, to present to NYDLA members - live. People traveled, paying for gas, tolls and parking from out of town, to meet up in the same room. The training "could" have been done virtually, via Zoom or other tools. But the decision was made to spend the money for travel and food to have people gather in the same room. 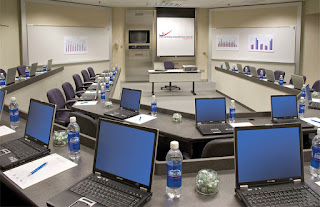 The National Conference Center is a Platinum Sponsor of the NYDLA. Located on the old Xerox Sales Campus in Leesburg, Virginia, their entire facility is based on one thing - meetings. Quality meetings. Training meetings, corporate events, government meetings, team building - meetings. Their entire ethos is about gathering people together in the same room (5 to 5,000) at their state-of-the-art facility when the "knowledge transfer" is critical. Yeah, you can have meetings and events at hotels and resorts and such, but when it's time to get "serious" you should have your IMPORTANT meetings and events at THE NATIONAL CONFERENCE CENTER. 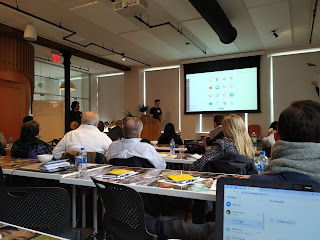 So here is my epiphany. Virtual meetings are here to stay. I love, love, LOVE hosting meetings on Zoom. It's my weapon of choice. But there is something about shaking hands with a person for the first time. There is something about "breaking bread" and there is something about looking a person in the eye when handing them your business card. Once you meet someone "live" you can always do virtual. Your brain is wired to remember the live in-person meetings, and that is what you remember when you are on a conference call. When I shake someone's hand, I will remember that person in a very different way, even if the next twenty meetings we host are on Zoom.

So with that being said, let's all meet very soon - preferably over an adult beverage - in the VIP suite - at the Prudential Center.

Unless we need to be "serious" and then of course, we will see you at THE NATIONAL..... 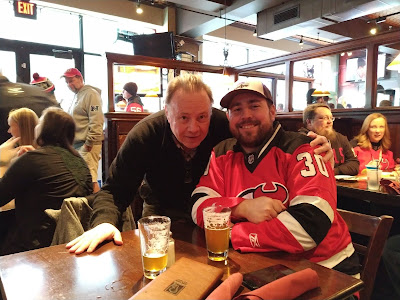 Posted by Thomas Capone at 11:48 AM No comments: