We Live in Interesting Times

You can Google it yourself, but there is an old curse that goes "May you live in interesting times." There are many variations of this, and it is not exactly clear where it originally comes from.

The most fascinating periods in history were filled with tumult and upheaval. Tales of treachery, wars, and chaos provide compelling reading, but the participants who were living through momentous changes were probably experiencing trepidation, hunger, and pain.

Over the course of history, humankind has moved from one crisis to another. We have suffered from one disturbance and shock after another. Some crisis were man made; others were due to Mother Nature.

The Chinese have lived so much in peace, that they have acquired (by habit, and by education) a common horror of disorder. "Better to be a dog in peace than a man in anarchy," is a common maxim. It is a general rule that the worst of men are fondest of change and commotion, hoping that they may benefit from the chaos.

Bad men benefit from chaos. We shall come back to this.

This "Sunday Blog" may be a little more deep than normal. I tend to be a visionary optimist, probably just short of being a Pollyanna. I have a tendency to find good in everything - sometimes to the shock of friends and family. Born in 1960, I was grew up in an interesting age. The "Space Race" was certainly exciting times. But, it was also fueled by the Cold War with Russia. If there was not the fear of nuclear war with Russia, I am not sure we would have landed a man on the moon. NASA was born out of fear, not so much out of adventure.

Our lives are not about avoiding challenges. Dealing with hardship makes you stronger. America is America because we overcome adversity and challenges. It is what has made America great.

One of my favorite movie scenes of all time is from Apollo 13. After the lunar landing was aborted when an oxygen tank exploded on the spacecraft, the NASA leaders back in Houston hear those famous words come over the radio: "Houston, we have a problem."

Flight director Gene Kranz (played by Ed Harris) is discussing a solution with his team when he overhears two NASA directors discussing the low chances of survival for the crew. Kranz overhears one of them say "This could be the worst disaster NASA has ever experienced."

Kranz calmly turns around and directly addresses him by retorting, "With all due respect, sir, I believe this is going to be our finest hour."

I was ten years old when Gene Kranz made that statement, but it was many years (decades) later that I learned of his leadership in a time of crisis.

In 1995 the movie Apollo 13 directed by Ron Howard, starring Tom Hanks (playing Commander Jim Lovell), Bill Paxon, Kevin Bacon was released. Even though we KNOW that Apollo 13 has a happy ending, the movie was a huge hit because it was about the hero's journey. It was about the story - it was about overcoming the odds.

The movie was about humans living - and thriving - in interesting times.

Earlier this month, Tom Hanks told the world that he and his wife, Rita Wilson, have the coronavirus. I wonder how many lives Tom Hanks has saved by telling the world of his condition, at a time when COVID-19 was still being considered by many people in the world to be "a hoax."

Yes, we (all of us) live in interesting times.

We always have, and we always will.


Posted by Thomas Capone at 9:17 AM No comments:

Did you sing Happy Birthday today? 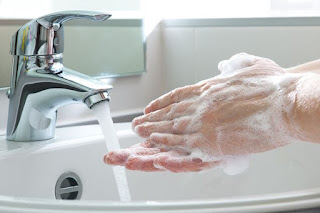 OK, we all know that we need to wash our hands.

Washing our hands many times a day is the right thing to do. If you wash your hands before every meal, and after using the bathroom, you should be washing your hands somewhere between seven and eleven times a day.

Your mother would tell you to wash your hands when you were a kid, right?

So, do you wash your hands?

How many times a day do you wash your hands?

HOW LONG do you wash, when you wash your hands? Do you sing "Happy Birthday" (twice) to get the 20 second results that is the standard minimum time to properly wash your hands? 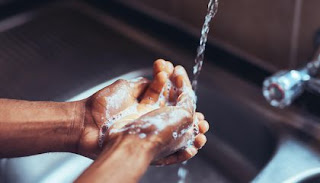 Did you just start washing your hands this year, due to COVID-19 or did you practice good hand hygene all your life?

You can find YouTube videos about washing your hands.

You can learn about washing your hands with (or without) water. 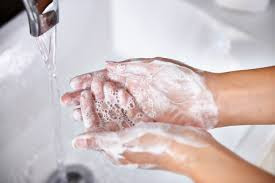 OK, where are you going with this Tom?

We live in a world where information on any topic is a few keystrokes away. Or, a verbal (voice) request to Siri, or Alexa, or Cortana or OK Google.

But nothing positive happens until we DO SOMETHING with the knowledge that we have at our fingertips. Knowledge without matching action is a terrible thing indeed.

Speaking of fingertips......when was the last time you washed your hands? 
Posted by Thomas Capone at 9:11 AM No comments: