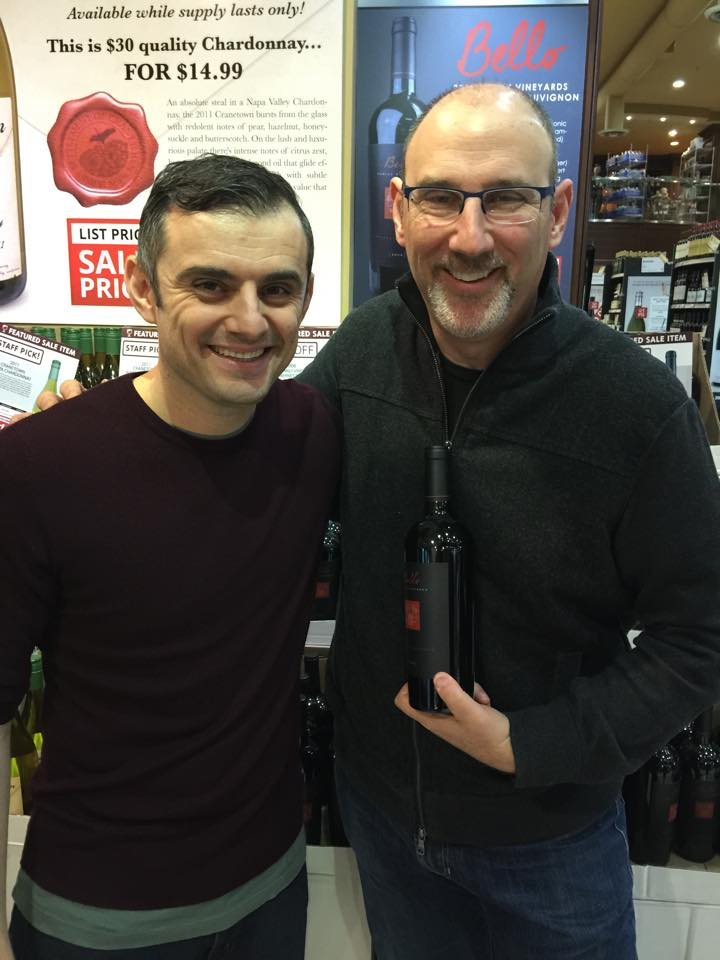 “You can observe a lot by watching” ~ Yogi Berra
Yesterday Gary Vaynerchuk went “Old School” working the floor at Wine Library. If you are reading this blog, then you are connected to the Internet. And there is a good chance that you know the name Gary Vaynerchuk.

Gary Vaynerchuk (born November 14, 1975, in Babruysk, U.S.S.R. [now Belarus]) is co-founder and CEO of a social media brand consulting agency, video blogger, co-owner and director of operations of a wine retail store, and an author and public speaker on the subjects of social media, brand building and e-commerce. Vaynerchuk immigrated to the U.S. in 1978, and moved with his family to Edison, New Jersey. 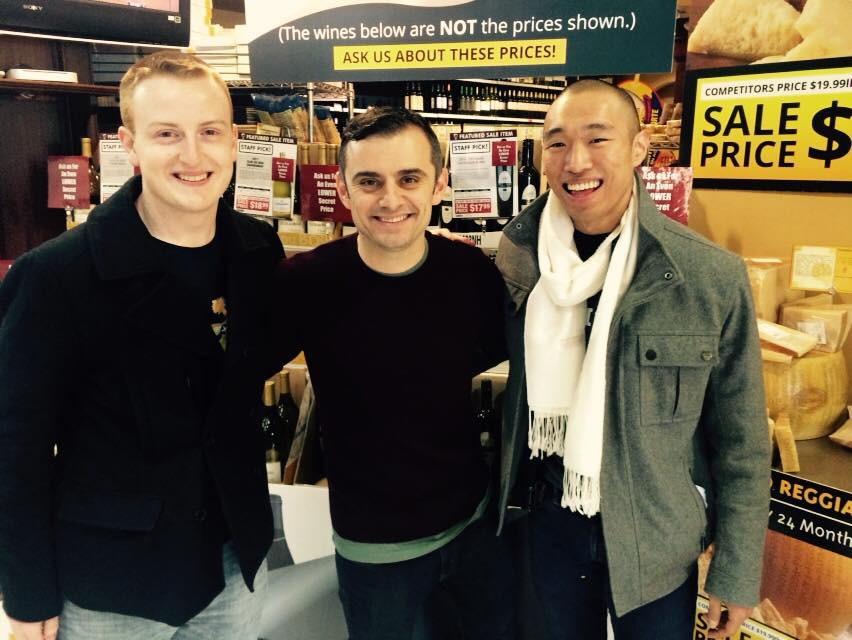 There were folks who drove from Boston to Springfield New Jersey, just to spend a few minutes with Gary. If for some reason, you don’t know your Gary V. history, you can Google him and find out EVERYTHING.

Or just jump to www.garyvaynerchuk.com and spend a few minutes learning about a true small business success story. But just as our Yogi Berra said “You can observe a lot by watching” I learned some things yesterday by simply paying attention. The first thing that I noticed was the parking. There were professional “parkers” in the parking lot. They knew in advance that parking was going to be an issue, but they were ready. I am sure that there we hundreds (thousands?) of people who “just wanted to get in and get out, and just wanted to buy wine yesterday. They maybe could care less about Gary V. (or care less about social media, or anything online). So, with a customer comes first culture, no one was upset. The Wine Library parking lot is not very large, not like parking at a big shopping mall or anything - but they figured it out. They were ready. As soon as you walked in, a “greeter” handed you a free Baguette. You are not ten feet into the store, and you are in a good mood. Now, right away it becomes evident that something cool is going on today at the Wine Library.

For those who were just there “to get some wine” they were wondering what was going on - was there some celebrity shopping for wine at the Wine Library that day? Yes, there was a celebrity in the building, but the celebrity just happened to be the owner. I watched. I observed. I learned. From a comfortable distance, I was able to listen to the one-on-one conversations that Gary was having with the customers in the store. Some people had no idea that they were speaking to the owner of the store.

Some knew EXACTLY who Gary was, but were clueless to his celebrity status via his social media mastery. And of course, some people drove hours just for the opportunity to take a selfie with Gary. But no matter if you were just looking to buy some wine for the holidays, or if you drove from Boston to take a selfie, Gary was “there” for you. Really there for you, in the moment, connecting. What I witnessed was real-time social media, without the media. Gary asked questions. No matter where you were from, or how old you were, he would ask no less than three questions. Where are you from, what do you do, and “how can I help you” were the most common questions that I heard from a short distance away. But I also watched him answer questions with a thoughtful and meaningful comment. If you were from Boston, he would talk about his time in in Newton, MA. If you were from Boonton, NJ he would talk about his time spent at the Old Feed Mill Auction Center www.oldfeedmillauction.com and how he would drive there to get bargains on antiques and collectible Americana. He even knew that the Old Feel Mill is now in its fourth generation of operation. You can't fake that stuff. 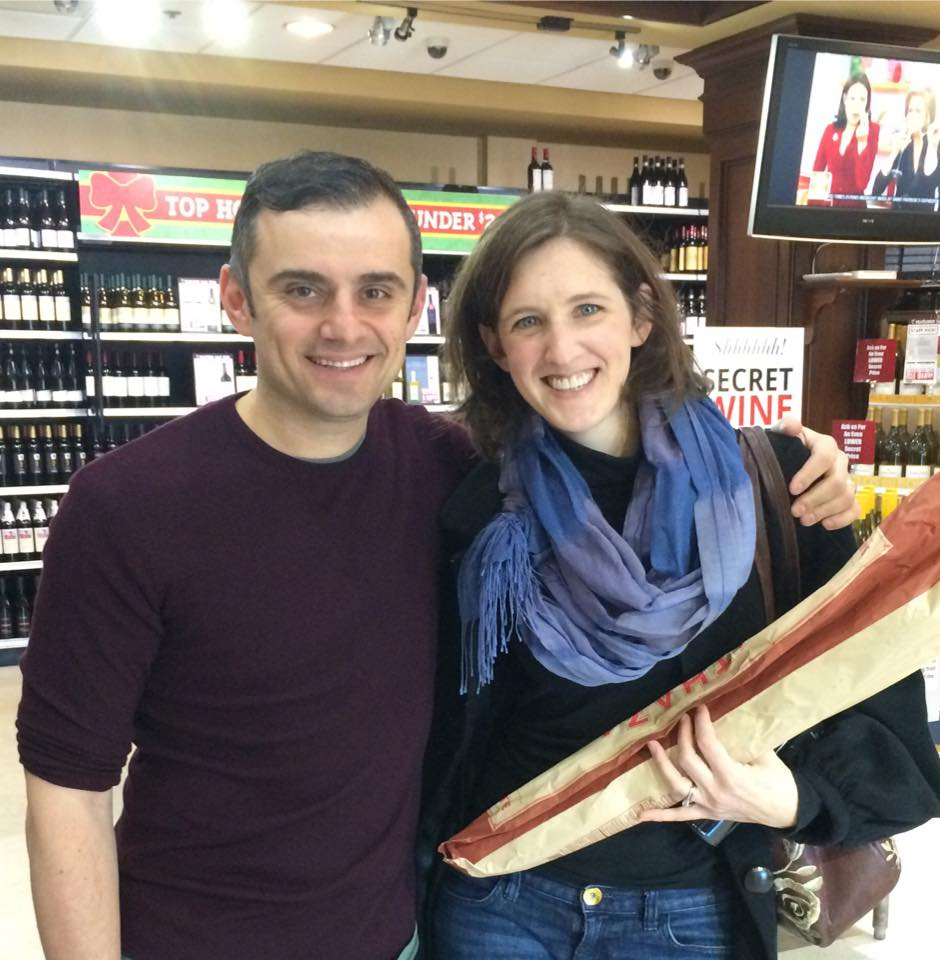 From around 11:00am until 6:00pm Gary was there with amazing energy, walking the floor. He was engaging with clients, friends and fans. He was indeed working it “old school” as everyone in the building felt like they were meeting an old friend at the liquor store.

But I also saw “businessman" CEO Gary in action. When the checkout lines needed attention, all he had do was “point” and staff would scramble to open another line. When the free Baguette supply ran out, people were given gift certificates and coupons. But - this was company wide. The CULTURE of social media was live and in person at the Wine Library yesterday. Not online, not via the Internet or via a smartphone. It was live, palpable and very much observable. You could FEEL IT, from the minute you parked your car, until you were thanked for your business.

In August 2011, Gary announced he would be stepping away from his daily wine video series to focus his attention on VaynerMedia, the social media brand consulting agency he co-founded in the Spring of 2009.

In March 2009, Gary signed a 10-book deal with HarperStudio for over $1,000,000 and released the first book, Crush It! Why Now is the Time to Cash in on your Passion, in October 2009. The deal is groundbreaking in the publishing world as one of the first to successfully use a low-advance/high royalty business model. In the first weeks of its release Crush It climbed to #1 on the Amazon Best Seller list for Web Marketing books. It also opened at #2 on the New York Times Hardcover Advice bestseller list and #7 on the Wall Street Journal Bestseller List.

In March 2011, Gary released his follow-up to Crush It, in collaboration with HarperStudio, The Thank You Economy. This sophomore release in Vaynerchuk's business book series focuses on the need for companies to adapt in the Internet era, where the empowerment of the common consumer has created a fundamental shift in how businesses are expected to behave. "The Thank You Economy" landed Vaynerchuk again at #2 on the New York Times Hardcover Advice & Misc. Bestseller List, behind Suze Orman's "Money Class.” 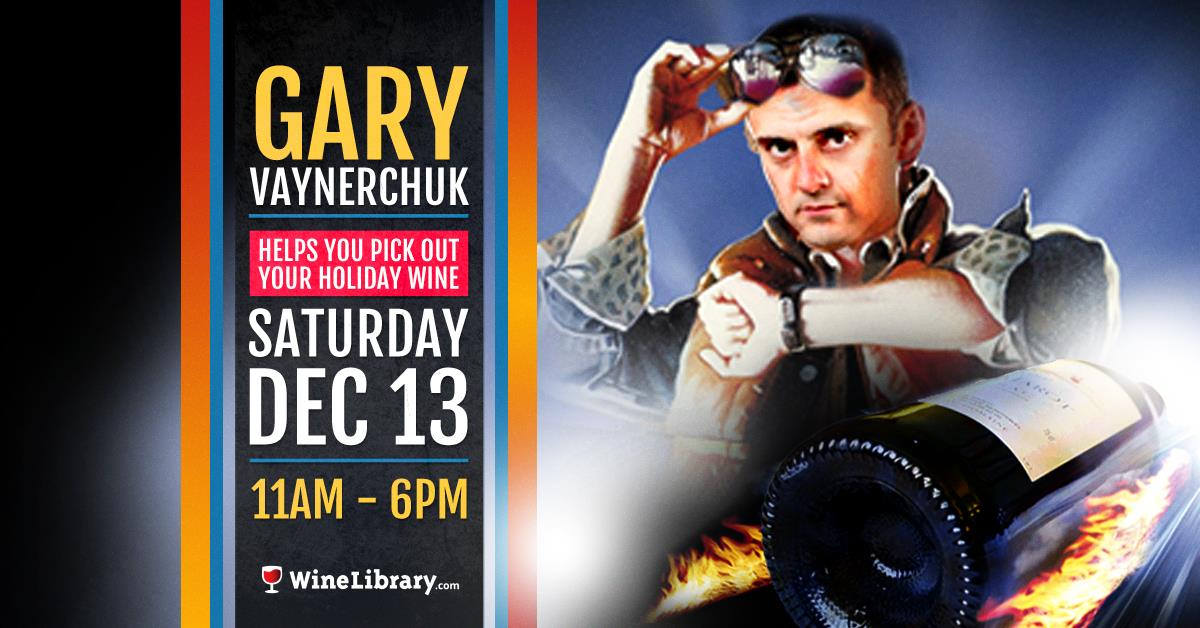 I have been in the telecom and technology space since 1983. When I have social media projects for our valued clients that are simply “too big” or too comlex for our staff at MTP, Tommy C. partners with Gary V. and www.vaynermedia.com for a very simple reason. The culture. The same way that you feel from the time you park your car, to getting a free Baguette that you were not expecting, to having people listen - truly listen about your business dreams and aspirations. That feeling of connection, that feeling of caring and one-on-one bonding is hard to beat, online or offline. If you really, truly care about your clients, they can feel it. And people don't leave a good thing.

In fact, people will drive from Boston, MA to Springfield, NJ for exactly that kind of a "good thing."