My youngest son Bobby took up fencing at age 14. I remember driving him to his first fencing class, taking lessons from an ex-Olympic coach. For the first hour, the class had nothing to do with fencing. It was all push-ups, sit-ups, and conditioning. At the breaks, I heard the first of many “Dad, I don’t like this, can we go home now please?" from my son. *I love my son to death (and I know that he will be reading this blog) but he was very lazy. Working hard for anything was not in Bobby’s view of the world. Each time I said no to his requests to quit and to go home - we will finish up the day.

And then, with 30 minutes left to go in his two hour long first fencing class – out came the weapons. With epee in hand, I saw my son transform right before my eyes into a motivated, energized and eager student. All of the huffing and puffing of the past hour was forgotten. You could see it in his stance; you could see it in his posture. It was like someone exchanged his old dead battery for a fresh brand new one. In the car on the way home, he called his mother: “This is so cool! I found my sport!”

Bobby was very good. In fact, he was a natural. Within the first few weeks of Saturday morning classes, he was beating other students that were taking fencing classes for years. In his second month of classes, he signed up for a big tournament in New York City. We expected him to get beat soundly early on, but it would be fun to see what a big-time nationally recognized tournament would be like, and it would be a cool day in the city with my son.

Bobby was tall for his age, and had great reach (long arms). Great for fencing. Shockingly, he won the first round at the NYC tournament. And then, he won the second round. And the third and the fourth and the fifth. With less than three months of total fencing experience, Bobby was in the finals of the 14 and under group, in a fencing tournament that pulled experienced students from all over. Bobby was beating fencing students who have been taking fencing lessons for more than half their lives.

Yesterday, we lost power at the office (for only two hours). I had to go to the local coffee shop with my laptop, to try to connect to the world. Oh, how we take things for granted, until we lose them. What if there was no coffee shop with Wi-Fi? What if the power was out for days? What if we had no power for weeks, due to a hurricane or other disaster?

Bobby lost that day in the final round, to a 14 year old kid that looked like a Ninja. This kid had more “patches” on his uniform (from previous tournaments) than an Eagle Scout. Bobby had no patches. And here is the kicker: the final match was close! He lost, but he almost won the whole damn thing! It would have ruined him. If Bobby would have won that tournament against kids who invested years in training and studying the sport, it just simply would have been wrong. This was over six years ago, but we all still talk about this today. When things come too easy, they are not appreciated.

And when you lose, don’t lose the lesson.

Touché is the French word for "touched" and is used to acknowledge a hit, called out by the fencer who is hit. Conversely, if a fencer concedes a hit when no hit was actually made, the fencer's adversary would say, “pas de touché” (no touch) to indicate that the hit should not be counted.

Bobby lost the fencing tournament that day, coming in a remarkable second place. Had he come in first place that day, he would have lost the lesson. Had he won it all that day, in truth, that win would not have counted.

Touché Bobby, Touché.
Posted by Thomas Capone at 6:57 AM 2 comments:

Selling Power Tools to the Amish 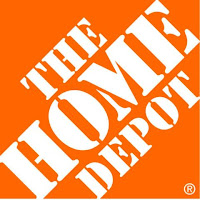 While driving through Pennsylvania Dutch country, I watched an “old fashioned” barn raising. A barn raising is an event during which a community comes together to assemble a barn for one or more of its households, particularly in 18th- and 19th-century rural North America. In the past, a barn was often the first, largest, and most costly structure built by a family who settled in a new area. Barns were essential structures for storage of hay and keeping of horses and cattle, which in those days were an inseparable part of farming.

The Amish, the Pennsylvania Dutch sometimes referred to as Amish Mennonites, are a group of Christian church fellowships that form a subgroup of the Mennonite churches. The Amish are known for simple living, plain dress, and – the reluctance to adopt many conveniences of modern technology.

Watching several dozen men successfully raise a massive structure in a single day, and all without the use of power tools (100% by hand and “real” horsepower) is a sight to behold.

Travel back in time with me: what self-respecting businessman would not want to trade-in their old manual typewriter for an IBM® Selectric?

The IBM Selectric was a highly successful model line of electric typewriters introduced on July 31, 1961. Instead of the "basket" of individual typebars that swung up to strike the ribbon and page in a traditional typewriter, the Selectric had a type element (frequently called a "typeball") that rotated and pivoted to the correct position before striking. The type element could be easily changed so as to print different fonts in the same document, resurrecting a capacity that had been pioneered years before. The IBM Selectric also replaced the traditional typewriter's moving carriage with a paper roller ("platen") that stayed in position while the typeball and ribbon mechanism moved from side to side.

If you had an IBM Selectric typewriter in your office, you were deemed to be working in a “modern office”. You were viewed as cutting-edge, you were cool, and you were to be respected and admired. And, it was proven that an IBM Selectric will double or triple your work production, so the ROI of upgrading to this super cool office tool made it an easy sale. IBM made a fortune, and the modern office had a new must-have gadget.

As I write this blog in air conditioning (on a very hot weekend) I reflect back on my sales and marketing efforts of the week. I think of how I started my Monday with all the energy in the world, convinced that everyone that I meet, everyone that I will come in contact will want to save money, and they will want to make more money – they will want to be more profitable through technology. “Wait until they see what I have to show them! They will buy my (fill in the blank with new widget or gadget) like hotcakes, just like they bought the IBM Selectric years ago! How can they say no? It’s a no-brainer!”

So, to all power tool salesmen out there – you can save yourself a lot of time and energy, and just skip Pennsylvania Dutch country. They do not believe what you believe. They will not be buying what you are selling.

Unless of course, the power tools that you are selling are of the “one horsepower” variety.
Posted by Thomas Capone at 7:56 AM No comments:

"Scotty, I need warp speed in three minutes or we're all dead!"

I loved Star Trek. The original TV series, the new series, and all of the Star Trek movies. A few years ago while in San Diego, my son Robert spotted a Star Trek expo and we spent hours checking out all of the props and stuff from the shows and the movies.

When I think of the message over the intercom from Captain Kirk to his Senior Engineer "Scotty, I need warp speed in three minutes or we're all dead!" I think of business communications.

How clear, how succinct, how perfect a message. If the ship’s engine is not repaired – if they don’t have warp drive repaired and properly working in less than three minutes, they are all going to be blown up by a ticking time bomb. They will all be dead.

There was no return message from Scotty back to the Captain: “wait, ....what???” There was no, “but Captain, I don’t understand your message, what do you mean?”

There it was – you have three minutes – 180 seconds - to get all of our mutual asses the heck outta here. No need for a long-winded banter, back and forth with the Captain. If we are not (all of us) far, far away from “here” - very soon – we are all doomed.

"Scotty, I need warp speed in three minutes or we're all dead!"

Scotty was a great one for doubting his own abilities. "She kinna take any more, Captain." "If I give her inny more she'll blow!" But he managed to fix things despite himself.

And this wasn't just a matter of convenient plotting, of the cavalry arriving in the nick of time to save the day. Scotty's ability to solve problems was a result of Gene Roddenberry's building into his creation the idea that solving problems and fixing things are what people do and that problems are a part of life so we need to be prepared to deal with them. Roddenberry believed in Murphy's Law. And he created a future in which everybody believed in it too and ordered their lives and designed their machines accordingly.

In episode after episode, the Enterprise would seem to be damaged beyond all saving, and yet Scotty, or Spock, or Kirk, would come up with a fix, seemingly out of thin air. But Roddenberry's Enterprise had been designed with the idea that it would break down. That everything that could go wrong would go wrong at some point. So every piece of equipment on the Enterprise had a back-up system or a manual override. The back-ups had back-ups, and those back-ups had back-ups. And when all the back-ups had failed, everything could still be operated by hand.

The people – the crew (the staff) – would be the heroes who would save the day, when the technology failed.

I run a company (to some degree) the way that a captain runs a ship. I am responsible for our company’s direction, our success or our failure. But the real “heroes” of MTP are the staff and back-office people that can take the orders, and just flat out “get it done” without the needless debate.

“I need this website fixed today, or we are all dead!” (i.e., the client will cancel their account with MTP).

“I need the bugs in this software fixed by end of business today or we are all dead! (i.e., the server will need to be rebooted over the weekend).

MTP is very fortunate indeed to have some Chief Engineers like Mr. Scott on-board.

Do you have a “Montgomery Scott” at your company?