My bot will call your bot 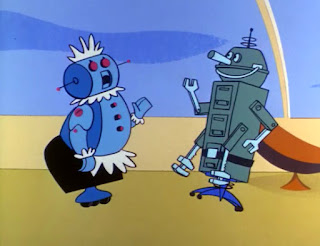 When did you start loving robots? I was born in 1960 and I grew up loving "The Jetsons" and Gigantor the space aged robot. Robots were always a big part of my life. I was 17 years old when Star Wars made (all of us) REALLY love robots. Or shall we call them droids?

Remember when R2-D2 stopped the Death Star trash compactor? Luke, Leia, Han, and Chewbacca would have all become much thinner if not for R2-D2 shutting down the garbage compactor on the Death Star.

R2-D2 took care of the buzz droids. R2-D2 never backs down. He doesn’t technically have feelings and can’t be scared, but I would say he is fearless. He’s loyal and reliable and stopped Anakin’s ship from being destroyed by buzz droids.

2018: AI robots and droids are all the rage. We have loved robots for decades. A few years ago, we had our first robots "sweeping up" our floors. Flying droids, self-driving cars, AI chatbots are now a part of our business world. Voice controlled, machine learning AI droids are now a multi-billion dollar business.

It seems that for decades, we wanted robots in our lives. We wanted automation, we wanted a future where autonomous robots become our friends, our colleagues, our co-workers.

Today, I have an AI robot ("Amy" of X.ai) and she runs my calendar.  I have another AI robot "Eva" who attends my online meetings. Eva sends me a written transcription of everything said in the meetings. Amy and Eva never take a vacation, and they never call in sick. But they also never laugh at my jokes. ( If you want your own Amy or Eva, email me and I'll hook you up: CEO@NYDLA.org)

It has been 40 years since we first met R2-D2. Yeah, Gigantor was cool in the 60's but he would not work without you. Cartoon robots. Movie robots. And now, reality. Gigantor the cartoon robot needed "us" for him to operate. Today's REAL robots and autonomous AI droids, not so much.

[Point: The year 2062. That was the prediction in the Jetsons cartoon TV show. The futuristic series, first produced by Hanna-Barbera in 1962, was set in 2062. So we've still got some time before we are all zipping around in self-driving flying cars. Unless Elon Musk wants it to be sooner......]


Posted by Thomas Capone at 7:51 AM No comments:

Super Bowl 52: the NFL and US Bank Stadium are ready to make digital history. Super Bowl LII, the Patriots vs. Eagles contest will break a record for the largest data usage ever during (any) event. Fans will stream live video and upload massive quantities of photos to social apps. 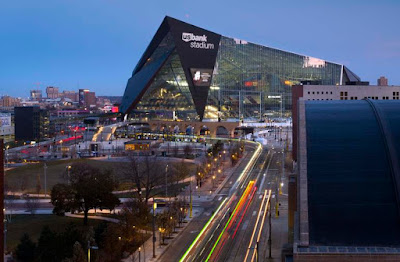 The NFL expects football fans to surpass all previous data usage during the big game, with key moments such as the kickoff between the Philadelphia Eagles and the New England Patriots. And of course, the Justin Timberlake halftime show. Every year data usage numbers go up. Last year's Super Bowl 51 matchup between the Patriots and the Atlanta Falcons resulted in 11.8 terabytes of data going through the Wi-Fi network at NRG Stadium in Houston. In 2016, Super Bowl 50 had 10.1 TB of total data used over Wi-Fi at Levi's Stadium in Santa Clara, CA, which was a 63% increase of the data usage at Super Bowl 49 in Glendale, AZ in 2015. 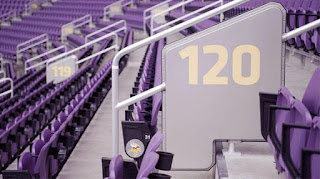 You say you want Wi-Fi antennas in every handrail? You got it!

NFL has changed dramatically over the past several years by providing high-density Wi-Fi solutions at stadiums to ensure that fans stay connected while at a game. While at the Super Bowl, fans want to take photos and videos and upload them to social media to share the experience. Fans friends and family need to know they are at one of the most sought-after sporting events in the world. After all, what's the point of going to the Super Bowl if no one knows you're there? 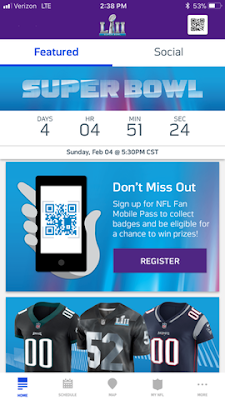 Every year, people find more and more to do with their smartphones. And while at the most shared event on the planet (a Super Bowl) people need to be able to upload video, Tweet and be able to do heavy video usage. And as their phone takes pictures and video, they back them up in the cloud. Smartphones are constantly chatting with the network.
This amazing super fast Wi-Fi technology is all of course, Super.
Want to know what else would be Super?
It would be SUPER if this same super fast safe and secure Wi-Fi technology was launched at every public High School in the country.
It would be SUPER if this same broadband technology was launched on every "Main Street USA" from LA to NYC.
It would be SUPER if this same technology was launched in every hospital, every clinic, every airport, every library, every gathering place of significance.
It would be "Super" if the best thing that came out of "The NFL Experience" was super high speed Wi-Fi broadband to everyone in the country. Remember how "NASA" technology ultimately gave us GPS, computers and cell phones? Technology spreads.
Broadband for all. Telemedicine for all. Education for all. Business for all.

"A school - a coach - a teacher - a business mentor - YOUR staff in your pocket" with live access to the smartest people - the brightest minds in the world, from anywhere in the world.
Yeah, that would indeed be "Super" if we deployed this amazing super fast Wi-Fi technology everywhere, not just at football stadiums. Oh, how that would change all of our lives forever.

From sea to shining sea - super fast safe and secure Wi-Fi for all. 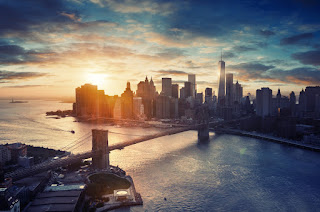 Posted by Thomas Capone at 10:33 AM No comments: