I'll give you three guesses

What's up with things of three? 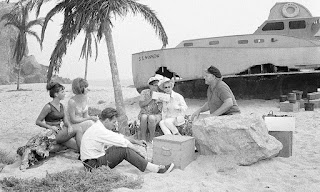 Three strikes. The Three Stooges. A trio of friends. Three: ring circus, coins in a fountain, feet in a yard, wise men, goals in a hat trick. Three: legs on a stool, minute egg. Paper, Rock, Scissors. The good, the bad and the ugly. The three wishes from a genie.

The three wishes joke (or genie joke) is a joke format in which a character is given three wishes by a supernatural being, and fails to use the best of them. Common scenarios include releasing a genie from a lamp, catching and agreeing to release a mermaid or magical fish, or crossing paths with the devil.

Such as: Three men stranded on a desert island, when a bottle washes up on the shore. When they uncork the bottle, a genie appears and offers three wishes. The first guy wishes to be taken to Paris. Poof! Done! The second guy wants to be in Hollywood. Poof! He is now standing on a movie set in Tinsel Town. The third guy, now all alone on the island, looks around and says, "I wish my friends were back."

This would be a good place to stop, look, and listen.

Tomorrow, is Labor Day here in the USA. So, today is Day Two of a Three Day Weekend.

Is there anything that sparks more joy than a three day weekend???

Something is a little off about this Labor Day Weekend. Not having to physically "go to work" tomorrow (as in, GO TO the office) is not the same in COVID world. Long before the pandemic, remote work and the ability to work from anywhere was already a movement. Zoom became "a verb" long before the pandemic.

Are you working tomorrow?  "I'll give you three guesses....." Well, now I really don't know....ARE YOU WORKING TOMORROW or not???

Labor Day of a few years ago, no work really meant NO (none, zip, nada) WORK that day. Banks: closed, the Post Office: closed. Most true BUSINESS OFFICES were closed, please call back tomorrow. 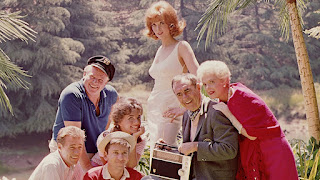 And now, back to things of three.

The charter boat The Minnow, got caught in a storm during a three-hour sightseeing tour around Hawaii. And "Professor" Roy Hinkley Jr. with his three degrees could not figure out how to repair the damn boat and get off Gilligan's Island. They were OFF THE GRID. Working, but not AT WORK.

HOW could a three-hour sightseeing tour around Hawaii get lost at sea? At the time, Thurston Howell, III brought $300,000 in cash with him, on what was supposed to be a sightseeing tour around the Big Island. You know, close to the shoreline. On the show, Thurston was worth $3 billion. A billionaire on three-hour tour on a tiny boat. Don't even get me started about the Movie Star. What a crazy plot that was so full of holes - for 3 SEASONS.

And so, if you made it this far, you probably are wishing to have the last three minutes of your life back. For me, I'll be working (on something) tomorrow, probably for around three hours. Because I work from home, and I am owner, I work seven days a week.

Just not in a row. 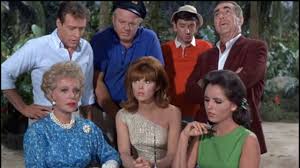 I guess there were 3 Shopping Malls
on the Island

Posted by Thomas Capone at 7:38 AM