Lend me your ear

What does lend me your ear mean? 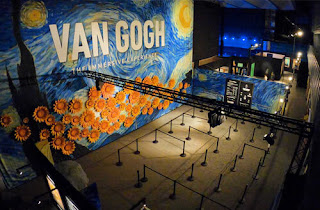 The Van Gogh Immersive Experiences are real-life or virtual reality (VR) exhibits of Vincent Van Gogh's paintings. The for-profit events range across venues, cities and organizers, though the majority are being held in North America in 2021 and 2022. 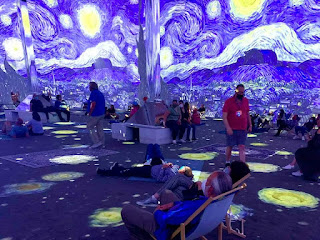 The events are typically set up in large gallery spaces. Images or videos of the artist's works are projected onto walls, ceilings, and floors. Sometimes accompanied by animations, narrations, music or fragrances.

This past Friday was my first time using Virtual Reality (VR) for an extended period of time. VR, a simulated experience that can be similar or completely different from the real world is pretty amazing. But is truly nuts when used for more than a few minutes. Kids today (damn, I'm old) think this is totally normal. Anyone near my age realize how game-changing this is, and how THE FUTURE is right around the corner.

Just like anything else, things happen slowly, then all at once. Over the years, applications of virtual reality included entertainment (e.g. video games), education, (e.g. medical or military training) and business (e.g. virtual meetings).

I remember playing video games with my brother-in-law in the 80's. We had a blast (there was beer involved) but the quality of the graphics then vs. today is like comparing a chalkboard to an 80" HD SAMSUNG.

Launched in 2012, Oculus was bought by data-hungry tech giant Facebook for $2.3 billion in 2014. At the time, Oculus co-founder Palmer Luckey said you would not need a Facebook account to use Oculus. And now, Oculus for Business eliminates physical barriers and provides powerful new ways to connect, collaborate, and learn. 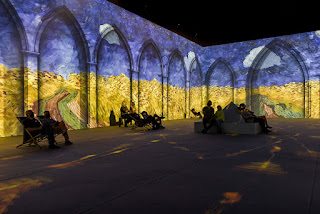 Slowly, then all at once. Gradually, then suddenly. But all change happens only when something is experienced DEEPLY enough to make a difference.

I could have bought an Oculus years ago, but did not. If I did not experience the Van Gogh Immersive last week, I would have probably started using Oculus in the next 12 to 24 months, due to my partnership with Workplace from Facebook. I would have "had" to do it, just so that I know what I am talking about for my job. 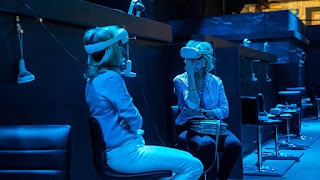 Today, now, I WANT to do it. I want to use Oculus, all the time. Daily. Friday was this tipping point. The "Ah Ha" moment where I was thrown in to the deep end of the pool and had to swim. Now, today, I want to be deeply involved in the new technology. Because we are all living, learning, working, playing - in the new cloud (VR) economy.

Gradually, then suddenly. I have now arrived at Suddenly Station.

You can learn more about how VR is transforming business here. Don't be surprised if you see Oculus for Business in page one of NYDLA.org next month. Slowly, then all at once.

Now. Today. Every day, the Internet is getting FASTER, and of course, VR headsets will continue to become smaller, lighter, less expensive and as popular as a smartphone in your pocket.

I wonder if Vincent Van Gogh ever said that.

You know, "Lend me your Ear" 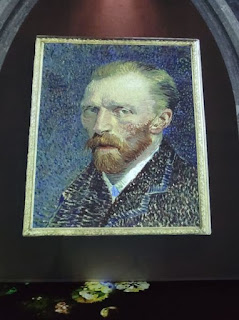 Posted by Thomas Capone at 5:19 AM