You Exit Through the Gift Shop 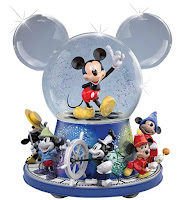 Many years ago, when the kids were still little we made the obligatory trip to Disneyworld. While we were sitting for lunch off Main Street, U.S.A. I was a witness to a business lesson that stuck with me for life.

I watched as a young boy was going through a "rite of passage" as he was about to go into a store - alone -  and he was going to make a purchase - with his own money.

It was like a scene from a Disney movie unfolding before my eyes. How appropriate, as Main Street U.S.A. is themed to resemble American small towns during the early 20th Century. The parents were there, and they pointed him in the right direction. The boy was walking into the store (by himself) with his (own) money clutched in his hand. The parents were watching, supervising, but they were pretending that they were not. Our family was sitting close enough to overhear the conversations. Their young son was going to make a purchase with his own "piggy bank money" like a big boy.

The father was covertly watching through the window of the shop and said back to his table loud enough for me to hear "He's buying a snow globe." As the Dad scrambled to sit back down unnoticed, out came his little boy...

And SMASH, there goes the snow globe into a million pieces. The little guy missed a step on the way down the stairs. Instantly the tears were flowing. The little kid was devastated. And I was a witness to it all.

"Go, just go... tell them you dropped your snow globe."

And within a minute or two, out came the boy, with a huge beaming smile, carrying his replacement snow globe. And this time, he did not drop it.

The parents said a simple "thank you" to the man who obviously worked for sanitation in the park. Before he walked too far away, I walked over to him and I spoke up. "Hey, I saw what you did there with that little boy - that was pretty cool." What that Disney employee said back to me  - the man who was sweeping up - his words lasted with me for more than 25 years:

"Disney is the happiest place on earth. We make memories that last a lifetime."

While riding the rides at Disney, it struck me that you exit through the gift shop. The businessman in me noticed this, deeply. You get off the ride and as you exit, you are funneled through the gift shop - a gift shop usually themed for the rides or the characters from a Disney movie or whatnot. And, there were always snow globes. They made it really easy for you to buy things from the Disney gift shop. Things like Disneyworld knickknacks, Disney movie trinkets, Disney collectables and of course - Disney character themed snow globes.

In modern culture, snow globes often symbolize childhood, innocence, or so-called "happy days" from our past. The film Citizen Kane (1941) starts with Charles Foster Kane in bed holding a snow globe, uttering "Rosebud...", the globe slips from his dying hand and smashes. Many films, books and TV shows have used snow globes as part of the storyline - sometimes with dark humor to evoke more gruesome scenes. 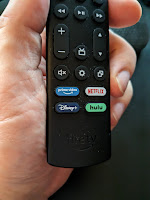 I have been to Orlando and Disney many times for business, but it has been 25+ years since I exited a ride at Disneyworld and walked through one of their gift shops. But as I hold the remote control for my TV, I see that there are buttons for Netflix, Prime Video, Hulu and Disney+ baked into the remote.

And every time I see that Disney+ button, I instantly think about that Brand Ambassador of Disney, that guy who was sweeping up 25+ years ago. That Disney employee who was empowered to protect the Disney brand, and who took it upon himself to without hesitation - drive home the culture of the brand. Even though I have not been (physically) back to Disneyworld in many years with the family, whenever I see the Disney+ logo, I am transported back in time to that "snow globe" day, even if just for a second.

My friend Ted Rubin taught me all about ROR - Return on Relationship. Simply put, ROR is the value that has accrued by a person or a brand due to nurturing a relationship where the ROI is simply about money, revenue, profits. You know, the ROI of forcing you to exit through their gift shop.

ROR is the value that will accrue over time through connection, trust, loyalty, recommendations and sharing.

This morning, I realize that I have had a deep, positive relationship with Disney and the Disney brand for many years. I have had a positive relationship with Disney and with the Disney brand ever since that kid accidently smashed his snow globe - and he immediately got the free replacement. That is ROR, all from the immediate response from that observant Disney Brand Ambassador - all from the guy who was sweeping up.

25+ years of positive thoughts about the Disney brand, the Disney culture because of "the snow globe incident" and how it was handled.

How do you put a value on that ROR? 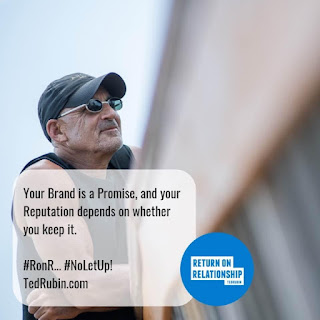 Posted by Thomas Capone at 4:41 AM