Attention to detail at alll times!!! 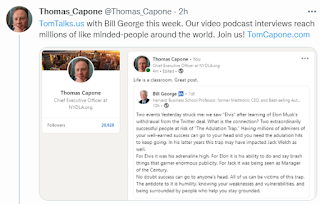 So, I made this post on Twitter today. And as you can see, it has a minor error. It should have been like-minded people. Not like minded-people.

Oh, the shame, the horror.

And then, I asked myself: "Self, why is there no edit button on Twitter?"

Ah, it turns out that the answer might not be as simple as it appears. The first thing to know about tweets is that, unlike posts on many other platforms, there is fundamentally no way for Twitter to pull them back after they are sent.

Turns out that Twitter has what's called an Application Programming Interface (or API) which allows third parties such as other apps or researchers to download tweets in real time. Once third parties have downloaded tweets, there is no way for Twitter to get them back or edit them. Something like sending an email - once you send it, and they download it, you cannot change your mind.

So, if I sent a Tweet that says "I love dogs" and you quote my tweet saying "Me too!" and then I EDIT my tweet to "I hate dogs" then you look like YOU hate dogs, too. Ah, not cool. 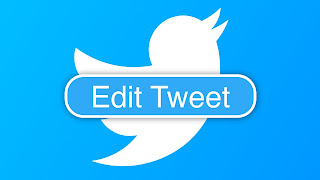 The entire Elon Musk bid to buy Twitter thing lead to speculation that he would make changes - including adding an edit button to Twitter. Social media is weird, and it could become even MORE weird, the more we fiddle with it.

Would an edit button change Twitter's power or brand? There might be no way to ameliorate this, such as only allowing edits within a short period of time (ala fixing typos). But we should think about it. And now, you can go Google: ameliorate.

So, today, you can DELETE a stupid tweet, but if someone grabbed it, then that tweet is not really GONE. And, if it is a simple fix for a typo, well, you are a HUMAN, not a bot, right? You might need to retweet your tweet to fix your tweet.

Years ago, before email, I learned: "Never send a letter, and never throw a letter away." What that means is a letter is forever, so be careful what you put in writing.

And so, for now, just like a carpenter who says "measure twice, cut once..." you need to read and re-read your tweet before you tweet it.

And: "If your tweet ain't sweet, you must delete!"

And do it fast, before the bots retweet you. 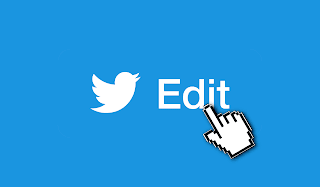 Posted by Thomas Capone at 8:55 AM