You can get anything you want, at Alice's Restaurant...
Excepting Alice 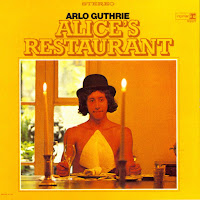 If you are old like me, you know this classic song.

Alice's Restaurant Massacree is commonly known as Alice's Restaurant, a satirical talking blues song by singer-songwriter Arlo Guthrie, released as the title track to his 1967 album Alice's Restaurant. The song is a deadpan protest against the Vietnam War draft, in the form of a comically exaggerated but true story from Guthrie's own life.

We would play this song every year, at Thanksgiving, for as long as I can remember. Last year when I Googled it to play it, I came across Alice's Kids.

A few years ago, during a snowstorm, I stumbled across a podcast of Lee Cockerell (of Hilton, Marriott and The Disney Company fame). I said to myself "Wow, this guy would make a great keynote for NYED-LA." One thing led to another and next thing you know, I'm connected with Lee Cockerell on LinkedIn.

I said in LinkedIn chat: Lee, I met you via David Burkus. You are amazing, I would love to add you to the TALENT pages of the NYDLA.org. You have the gift to get the point out to the millenials. Can we talk one day soon?

Lee types back to me in LinkedIn chat: "I am on a speaking tour right now, I will be in my car from 2-5 today and tomorrow from 1-5 if you to call me, here is my cell..." 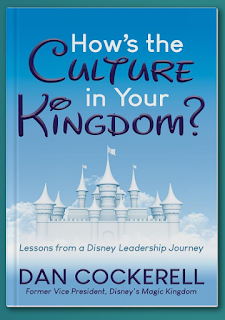 Last month I saw a tweet from Tom Peters that caught my eye. Yeah, THAT Tom Peters. I must be getting slow in my old age, but it took me a week or two to connect with Tom. What a body of work. I wonder if we could do a NYDLAcast.com with Tom Peters? I wonder if we could promote his new book, to our global community? What about promoting www.TomPetersAcademy.com? (Point: we are recording a video podcast with Tom Peters on 5/19). 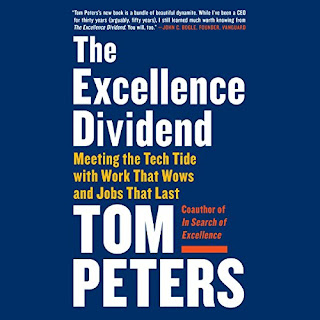 Want to talk about the Elephant in the room?

Yes, our lives have changed dramatically over the past few months. Many of us are holding onto the belief that soon, everything will return to normal. People have lost money. Industries have been decimated. And - new industries have been flourishing due to unexpected demand. The technology sector in particular has seen massive profit spikes. As people are staying home, they're using new devices and programs to communicate, collaborate and live.

Zoom has become "a verb" as it gained 318% in just over a week in the middle of the crisis. Indoor cycle and fitness software producer Peloton, which had been struggling before the crisis, gained 32% in less than a week. Work messaging app Slack gained 33% in less than a week, after it's been lagging behind in performance for a year.

COVID-19 changed our lives, but our lives were already in a state of flux. It was just last year that we were talking about Climate Change and we were all worried about AI (Artificial Intelligence) totally disrupting our world. AI robots were supposed to take our jobs, remember? Not a virus.

Remote Work has become Work. Distance Education has become Education. Telemedicine has become Medicine. And so on. The world was already changing, COVID-19 just made the future (our future) arrive early. And, our future showed up with a BANG.

OK Tom, land the plane - tie it all together for us!

You can get anything you want, at Alice's (Cloud) Restaurant... DELIVERED TO YOUR DOOR IN MINUTES!

Alice's Restaurant was originally recorded in 1967. On CBS This Morning on Thanksgiving 2016, Arlo Guthrie said: "It's not an anti-war song, it's an anti-stupid song. Because you can't run a country that way."

I love that. My friend Lee Cockerell has a saying: "If you have flies in your kitchen, you must like flies."

Today, with the power of the cloud - if you are stupid, you must like being stupid. BUT you don't have to REMAIN stupid. And you certainly do not have to do it alone. We are all in this together. There are tough times in America today.

But none of us is as smart as all of us. You don't get extra points for going solo. Ask for help, get the help you need - and pay it forward.

You can get anything you want, at Alice's (Cloud) Restaurant...

Join the NYDLA.org and THRIVE in the clouds

Posted by Thomas Capone at 6:21 AM