A workplace for all of us

We had a problem. The NYDLA grew like crazy over the last seven years. It was a rocket ship experiencing exponential acceleration. Google this:

"When someone offers you a seat on a rocket ship" 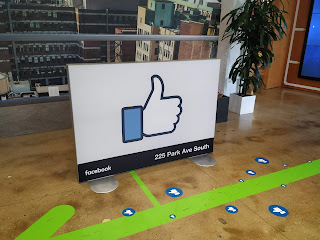 Ever watch a TED talk? Ever watch a NETFLIX documentary? How about YouTube? Ever use Uber, or stay at an Airbnb or buy anything (or buy EVERYTHING) on Amazon?

Want to talk about Telemedicine or Drones or Coding or Cyber security? How about Peloton or the new Mirror, for at-home live coaching and live personal training?

There are now 700,000 podcasts in the world and growing. Are podcasts not a version of distance learning? 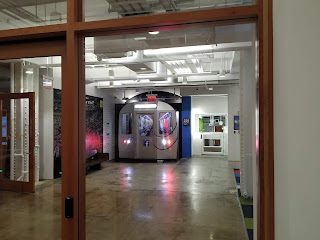 So, in the years since my oldest son was born, the "DL" in NYDLA has morphed more than once.

And in that same period of time the "NY" as in NEW YORK CITY also morphed into the New York Megalopolis. There are 55M+ people living from Maine to Virginia, that consider "New York" to be their home. I always see people reading the New York Times in LA, but I never see anyone reading the LA Times in New York. It's the Big Apple!

New York "anything" became New York "everything" as the New York Megalopolis became the center of the known universe. 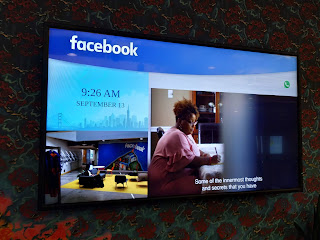 Back to our problem: how did a small association like NYDLA go from servicing just a few thousand members to attempting to service the 55M+ people who are living, learning, working, playing in the clouds?

Facebook used "Facebook" to run....Facebook. They used an internal, private version of Facebook to run the company. Well this story is similar that of our friends at Basecamp.

Basecamp was a home grown tool used internally by the webmasters at 37Signals in Chicago, to work with remote teams to build out websites. 37Signals customers and clients would say "Hey, that's cool....what is that? Can we buy it?" At first, it was no, this is just some tool we made to keep our remote teams connected. Well, over time, that home-grown internal project management tool became Basecamp, the #1 project management tool in the world. 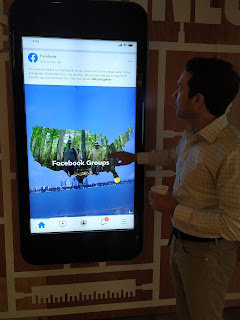 Workplace has allowed the NYDLA to service not only the 55M+ people living, learning, working, playing in the New York Megalopolis, but also - Workplace powers global digital transformation.  This past Friday I spent the day at Facebook NYC (where else, right - NEW YORK!) to discuss the future of work, the future of education, the future of global collaboration.

NYDLA.net (dot net) shall soon be powered by Workplace, basically making the global scalability and growth of the NYDLA community, limitless. I could go on WABC Talk Radio with their new owner, our friend and billionaire John Catsimatidis and tell everyone to "go to NYDLA dot net" and we're good. Workplace can handle anything we throw at it. Workplace could handle a Super Bowl ad, driving traffic to NYDLA.net

Worldwide, there are well over 2 Billion users on Facebook. The Workplace by Facebook (private, no ads) network uses the same infrastructure. Workplace SCALES. 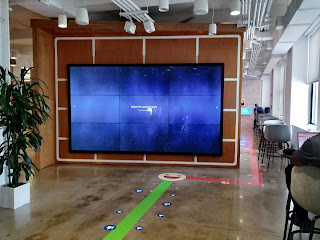 We could have an NYDLA event "live" on the INTREPID, with 50 people attending in person, 5,000 attending remotely, and 500,000+ watching the archive of the event. Workplace allows for global, unlimited synchronous and asynchronous collaboration and communication.

Over the next several months, we shall be training and certifying dozens (hundreds?) of NYDLA Workplace "Ambassadors" to empower our members to fully embrace the power of Workplace. Soon, mastery of Workplace shall be like mastering WordPress. It will look great on a resume.

We expect that many of the members of NYDLA will want "their own" Workplace, just like the big customers of Facebook.

Fantastic! Via NYDLA we shall help them to make their own Workplace experience all that it can be. After all, "NYED-LA" (that's what they call us these days) is Workplace, and Workplace is us.

Facebook wanted to give people the power to build community, bringing the world closer together.

And now: Workplace by Facebook - because anything is possible when people work together.

Posted by Thomas Capone at 7:47 AM