Daylight Saving Time (DST) is the practice of advancing clocks so that evenings have more daylight and mornings have less. Typically clocks are adjusted forward one hour near the start of spring and are adjusted backward in autumn.

The modern idea of daylight saving was first proposed in 1895 and it was first implemented during the First World War. Many countries have used it at various times since then. Although most of the United States used DST throughout the 1950s and 1960s, DST use expanded and has generally remained in use in North America and Europe since that time.

Adding daylight to evenings benefits retailing, sports, and other activities that exploit sunlight after working hours. An early goal of DST was to reduce evening usage of incandescent lighting (formerly the primary use of electricity) in factories and office buildings. So the big boss said we should spend less money to light and heat the factory or the office. Use as much “free” heat and lighting as possible. That was the motivation of DST. 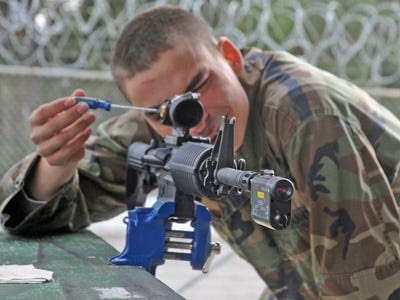 If you know that the gun shoots a little to the left, then just aim a little to the right. No need to spend time and money adjusting the sights on the guns. Just adjust your aim!

When I was growing up, remembering to “set the clocks” was a big deal. We had to run around the house to reset all the clocks on the stove, updating all of the alarm clocks and the watches. We always forgot one or two, and it always took a few days to “recover” from the missing (or the newly found) hour. “Sorry I’m late (or damn, we are early). We forgot to set the clocks!” was the common cry across the country. 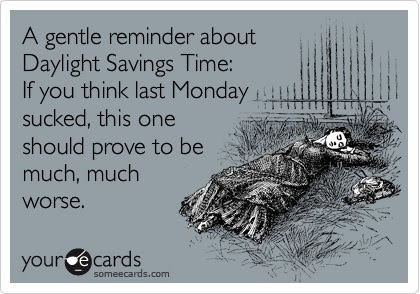 Today, not so much.

These days, every clock in or around our house (TV, Kitchen, Computers, Smartphones) are now smart enough to adjust themselves. And, if more than 90% of the clocks and watches automatically adjust, then it is pretty hard to not know the correct time. If you say to someone “Sorry we are late, we forgot to set the clocks” you would sound like a Luddite.

DST was the “Kentucky Windage” of its day. “Just make ‘em come in an hour early!” said the big boss. “We’ll save a bundle on the light bill! And, if we can’t get 'em all to come in early on their own, then we’ll just change all the clocks!"

With current technology, we no longer need the “Kentucky Windage” concept of DST to save money on our power bills. Technology and the Internet has taken care of that for us with smart thermostats and low energy use lighting. But, if you look for it, you still have plenty of “Kentucky Windage” in your daily work and personal life. The better we all use technology, the less the need for Kentucky Windage.

Instead of “fixing” the problem once and for all, how many times do you allow the problem to continue to exist, and simply choose to “aim to the left?” Got a problem at work or at home that needs fixing? I'll bet there is an app for that.

Posted by Thomas Capone at 7:06 AM