NFL: Not for Long

I watched two NFL football games yesterday.  I will be watching two NFL games today. My weekend plans were coordinated around football.  Our meals for the weekend were affected by NFL football. My beloved New York Giants are in the playoffs this year; if they win today my upcoming work week will be just a little easier. Every conversation will begin with “how about dem Giants!”  Losing today is not even worthy of discussion.

The National Football League (NFL) is the highest level of professional American football in the United States, and is considered the top professional American football league in the world. It was formed by eleven teams in 1920 as the American Professional Football Association, with the league changing its name to the National Football League in 1922. The league currently consists of thirty-two teams from the United States. The league is divided evenly into two conferences – the American Football Conference (AFC) and National Football Conference (NFC), and each conference has four divisions that have four teams each, for a total of 16 teams in each conference.
The NFL is the most attended domestic sports league in the world by average attendance per game, with 66,960 fans per game in 2010–11.

Not everyone loves football, but professional football affects everyone. It affects every business and every household. College football would not exist in its current form, were it not for the NFL. Every NFL game has the players looking into the camera, proudly stating where they played their college ball.
My father played professional football, when helmets were made of leather and there were no facemasks.  He had a “regular job” during the week, and then he played for money during the weekends.  “Two-Ton Tony Capone was my hero when I was growing up.  At around 6’ and 285 he played fullback and he ran the 100 yard dash in around 11 seconds, which is just nuts. Trying to tackle my father was like trying to stop a golf cart coming right at you, full speed. During his best years, I think he made around $1000 per week.
I have a business partner who played in (and won) 3 Super Bowls. Two Championship seasons with the New York Giants and one with the San Francisco 49ers.  It is HARD to make any NFL team and play professional football.  It is VERY HARD to reach the Super Bowl; some players have long careers and never even make it to the playoffs.  To play in (and win) three Super Bowls is statistically amazing.

Less than 10% of the people who play in the NFL have successful careers, post football.  Many professional players did not even graduate college. Many had their NFL careers cut short, due to injury. Every year, the graduating college players are bigger, faster and stronger. From February 22-28, 2012 more than 300 top prospects for the 2012 NFL Draft will be invited to participate at the combine in Lucas Oil Stadium in Indianapolis. This event is a vital step in athletes achieving their NFL dreams. http://www.nfl.com/combine It is amazing to see the greatest athletes in the world, fighting for opportunities to earn millions of dollars. Some will realize their dreams.  Most will not. 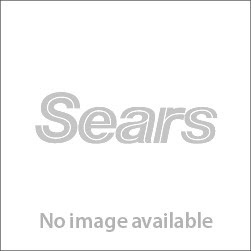 If my father played the game today, he would be paid millions. He played the game more for love than money, he told me this many times. The game has changed, as the world had changed.  Define career, define livelihood, define “job”.  My business partner was an accounting major in college, and also played in the NFL. Now he is an attorney, a CPA and a serial entrepreneur. He just happens to have 3 Super Bowl rings to go with his college diploma and law degree. Now that is even more statistically amazing.
I don’t know what the numbers are, but I would say that more than half of the televisions and radios in the New York tri-state area will be following the Giants playoff game today. The Internet has allowed “fantasy football” to become the most paid advertising portal on the web. Online advertising revenue from online football fantasy game sites is the number two revenue stream on the Internet. Madden NFL 12™ continues the rich tradition of the storied franchise by bringing fans closer to the NFL than ever before. Featuring all 32 teams, stadiums, and your favorite players in the league, Madden NFL 12 is the number one selling Xbox video game of all time.
Baseball might be America’s pastime, but Professional Football
has become the symbol of America.
What happened here? How did the game of football go from leather helmets without facemasks, and players who worked construction jobs during the week, to the NFL of today? Technology.

The technology of television changed the game. Television allowed for advertising, which allowed for multi-million dollar salaries.  Technology allowed Super Bowl ads to demand $3.5M for 30 seconds in 2012. Funny how the first Super Bowl game was not even sold out, but it was televised.  Television cameras were forbidden to show the empty stadium, and only show the playing field.
A career in professional football will continue to fuel the dreams of America’s youth for many years to come.  I wonder if we will ever have video games or “fantasy leagues” of teachers, nurses and other important careers, like we have with the NFL or the NBA. PS: my father HATED the New York Giants.  They cut him from the team, and he never got over that. Go figure.

I say that NFL stands for not for long, as far as careers go.  But the memories do last a lifetime.


If you ask me who was my favorite professional football player of all time, my answer is “my Dad”. Too bad the NFL Alumni Association did not exist back then; my father would have earned a nice pension. And too bad that he did not play during the era of video games for that matter – I could play “my father's position" against my two sons.
Posted by Thomas Capone at 9:53 AM