Make it, don't fake it 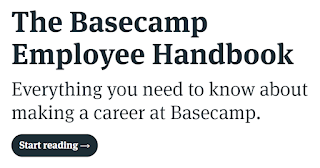 "Fake it till you make it" is an English aphorism that suggests that by intimidating confidence, competence, and an optimistic mindset, a person can realize those qualities in their real life and achieve the results they seek.

During tough times or when we are under stress - we all lean on mantras of aphorisms to keep ourselves going. One of my favorites is "Everything happens for a reason." These statements are meant to remind us of our values, so we can connect to a little positive encouragement when we need it. When we are feeling less than confident, we might tell ourselves to just "fake it until we make it."

When I was in my 20s I had a red Corvette convertible. And, I had a car phone. 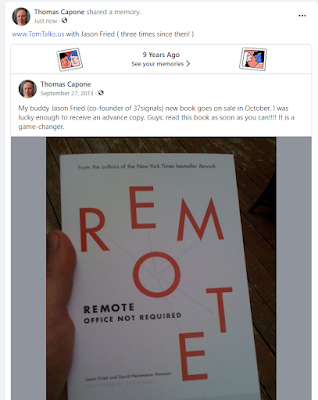 I was selling car phones at the time - there were no portable phones. You had to INSTALL the phone in the car, plus an antenna. Cell phone service back then was around $29 per month, plus around $0.50 per minute, plus taxes. What did you do for a living that you needed to make phone calls from the car for those rates? Back in the 80s if you have a car phone - you were important. I remember people buying car phones who had no business buying car phones - because they just wanted a cellular phone antenna on their car. Heck, I remember (many, many times) people would ask: how much just for the antenna? FYI: I sold more antennas than phones...

I was making good money in my 20s, and I fell in love with the concept of residual income. I would sell car phones to rich people - and I would make a piece of the phone bill for the life of the customer. Plus a nice upfront "spiff" of several hundred dollars per phone installed. I leased a Corvette for around $750 per month - plus insurance for a Corvette. I justified this (not insignificant) expense as a business expense, and I would indeed love driving around NY/NJ/CT with the top down - talking on the phone. Can you hear the song "Little Red Corvette" in your head right now? Well, you do now......

My buddy Jason Fried founded Basecamp. You can find a few of our "Coffee in the Clouds" interviews here. Jason and his partner David Heinemeier Hansson are making millions via their company 37 Signals. And they are great examples of the DO NOT fake it till you make it philosophy.

The 62 year old me looks back at the money that I spent every month on my Corvette. I am afraid to calculate how much money I would have (today) if I invested the majority of my "Corvette Money" and let it compound. When I was young and foolish, I lived the "fake it till you make it" method. Thankfully, I outgrew that philosophy.

The comedian Steve Martin was asked how to become a famous comedian. "Be so good they can't ignore you." Great work is defined by rare and valuable traits. If you want to have great work you must be able to offer something in return, namely, rare and valuable skills (so-called career capital).

Jason and David made a product that is so good, they can't be ignored. Heck, they made a product so good that people will write a Sunday blog about it - and about them. And, they keep making it BETTER.

I don't think Jason or DHH drove a Corvette in their 20s. But I do know that today, Jason collects rare antique watches, and DHH lists photography and race car driving amongst his hobbies.

When you make it (when you really make it) there is no need to fake it. 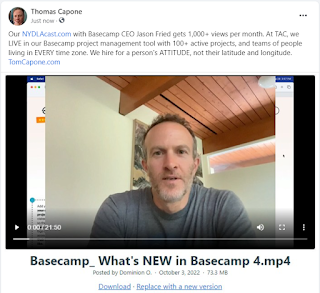 Posted by Thomas Capone at 4:25 AM