In the Before Times 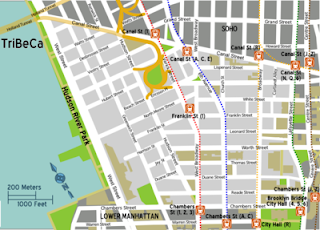 If you are reading on a smartphone, use landscape / hold phone sideways.
I am pretty sure my favorite feature of Facebook is the "see your memories" feature. So, this morning Facebook reminded me that exactly three years ago today, I was spending the day in Tribeca New York City. Good times! Hey, I never met a microphone (or a camera) that I did not like. And of course, Tribeca (originally written as TriBeCa) is the name for "Triangle Below Canal Street". And, the "triangle" (more accurately a quadrilateral) is bounded by Canal Street, West Street, Broadway, and Chambers Street. The neighborhood is home to the Tribeca Festival, which was created in response to the September 11 attacks, to reinvigorate the neighborhood and downtown after the destruction caused by terrorist attacks. But I digress.....

So, exactly three years ago was my last "major" LIVE (LIVE) event in NYC.

A LIVE (LIVE) event, with amazing people and good food and grog. (Google: grog). Ah yes, the Before Times.

Before Times is an informal term used to refer to the world as it was prior to the outbreak of the COVID-19 pandemic. Generally used in discussions that contrast the lasting and far-reaching effects (especially negative effects) of the pandemic to the way things were before it. I guess some call it prepandemic but that is, well, without any humorous intent. Other than Zoom, I don't know who could have grown more during the pandemic than NYDLA. The "DL" stood for distance learning, which became DIGITAL learning, which today is just DIGITAL LIVING. And so, we shifted to 100% VIRTUAL. There was absolutely NOTHING LIVE (LIVE) period. We are just now (now) going back to LIVE (LIVE) anything.
We are all too familiar: It was all 100% Zoom Events, Zoom School, Zoom Weddings, Zoom Shows, Zoom (fill in the blank). And, we grew from NYDLA servicing the 55M+ living in the "New York Megalopolis" to the North American Distance Learning Association (NADLA) servicing all of North America. You read that right: ALL of the 579M+ million people living, learning, working, playing, teaching, training, coaching, mentoring in North America. Also this: we are hiring.

This past week we had FOUR simultaneous hybrid events: TriNet, BigCommerce, BlueJeans Studio launch, and two NADLA webinars. In the Before Times, we would have traveled, spent time and money on hotel rooms, and well yeah, there would have been good food (and grog) at the venue. 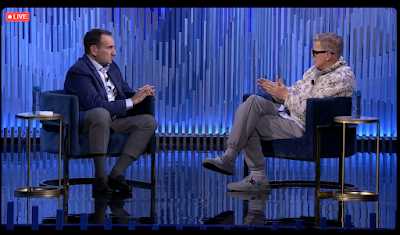 I would say that this past week's TriNet People Force event was one of the best hybrid events I have ever experienced. Full disclosure: we are a TriNet partner, but that does not change my opinion of the LIVE hybrid event. There were hundreds of people LIVE in the room at The Theater at City Tech, Brooklyn New York. And then, thousands of people attending LIVE - but from their homes. And now (literally) millions can watch the archives of the three-day event. Get tactical advice on the most strategic, innovative ways to do business in today's global cloud economy. [ My favorite Coach K quote this week: "How do you not do this??? How do you not sign up??? ]

We had some NYDLA members attending LIVE (LIVE) in Brooklyn. But because I attended LIVE (not LIVE) from my home office I was able to enjoy all of the hybrid events - and - I was able to interact via Q&As, live polls, and in VIP break-out sessions. I even got one of the amazing TriNet keynote speakers to agree to do a video podcast with me (coming soon!). 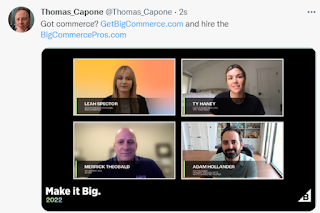 In the Before Times we were doing LIVE (LIVE) as the default. Now, today, via amazing tools like Zoom and BlueJeans - all events - all meetings shall be hybrid. Trust me, I love, LoVe, LOVE the energy and the excitement of The Big Apple. But today, travel is very expensive, and hotel rooms in my beloved NYC are, well hotel room prices these days are just nuts.

So, NOT being there LIVE (LIVE) turned out to be a big win for me. Folks, don't monkey around. Make sure that you sign up for (and host your own) hybrid events. Oh, and don't be a chump - help save the chimps - and help to save our planet! 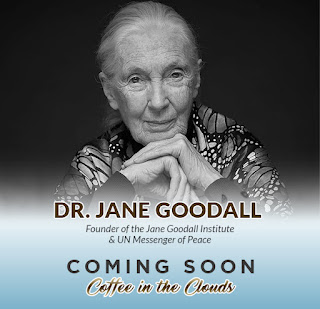 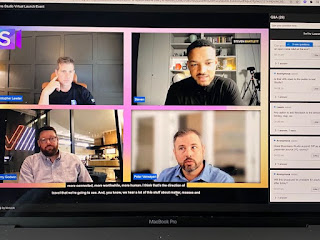 Posted by Thomas Capone at 7:36 AM