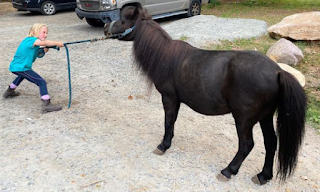 I can't remember what I had for dinner yesterday, but I remember every single word of the Mr. Ed theme song from the early 60s!! I was born in 1960 so of course, growing up - I thought that all horses talked - just like Mr. Ed.

Yesterday, my wife and I spent some time on OurBeautifulFarm.com (new amazing website coming VERY soon.....). Our Beautiful Farm is a NADLA.org "Learning Journey" destination here in North New Jersey. Less than an hour West of NYC, it is an amazing example of virtual/hybrid/live learning.

Here are some pics from our day at Our Beautiful Farm. 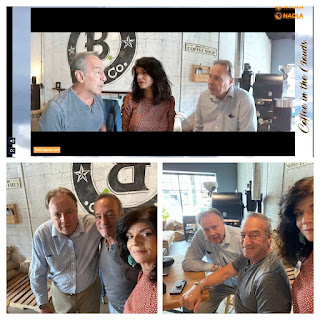 And now: I'm having a Sunday on a Monday. It's Labor Day today, so the world has slowed down a bit. Today is a great day to do nothing, right? The banks are closed, many folks are not working today. It's a good day to reflect and think about - stuff.

Stuff like how one of my first memories as a kid was a TV show about a talking horse. And how for (too many years) I thought that ALL horses actually talked - but only to special people. For many years, I just wanted to be a "special person, too" so that horses would talk to me. In the 60s we lived at 45 Bowden Road in Cedar Grove, New Jersey. I remember our Cedar Grove phone number too:  201 239 0213. Please don't call it. What was cool, was that our next door neighbor had a horse. His name was Buckshot. So, I could literally walk just a few dozen yards from our property - and talk to Buckshot.

One day, Buckshot's owner saw me coming, and he hid in the barn. When I said "Hello, Buckshot!" he yelled out from inside the barn, from behind Buckshot: "Hello, Tommy! Hey - do you know my friend Mr. Ed?"

And THAT is when my need for therapy began.... 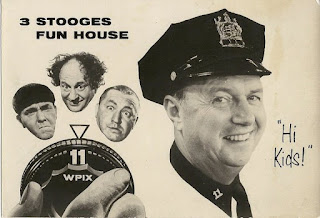 TV from the 60s was special. Now, today, we have YouTube, and every make and model of Social Media. Just like years ago, if you wrote a book - that was a big deal. If you were a published author - that was a VERY big deal. Back in the 60s if you were on TV - THAT was a very big deal. As kids, my sister and I were on WPIX Channel 11 Officer Joe Bolton's show. That made us CELEBRITIES at school! Joe Bolton was an American radio and TV personality whose entire television career was associated with New York City's independent station WPIX Channel 11 from its first day of broadcasting in 1948 until his retirement in 1975. He hosted many of the station's children's shows such as The Clubhouse Gang and The Three Stooges Funhouse dressed in a policeman's uniform and introducing himself as "Officer Joe Bolton".

Media. Mass media, omni-media, transmedia, social media - it has impacted my life, and probably your life from when you were a kid. TV changed the world, just as how now the Internet has changed the world (again). There is nothing like the smell of manure. Hey, I remember George Costanza from Seinfeld doing an entire bit about "Ma-nure" and how he talked about horse poo on a first date. Ah yes, the power of television.

Technology and media are a part of our lives - shaping our lives - and we have not seen anything yet... Check out BlueJeans Studio for a peek at the future. Our future.

Yeah, my childhood friend Buckshot was a visionary.

Posted by Thomas Capone at 7:18 AM