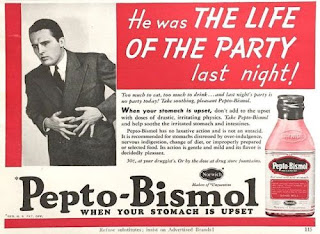 A few years ago, I got paid $50,000 for something, via Bitcoin. At that time, I really did not know ANYTHING about crypto, other than there was a lot of buzz. My son had to help me to set up Coinbase. And, after I received the money, I did not leave any of it in Bitcoin, because I was afraid of losing money.

For me, there is a great freedom to saying out loud: "I don't know what I am talking about" when the topic is something that I don't know anything about.

Turns out that Coinbase Global, Inc., known as Coinbase, is an American company that operates a cryptocurrency exchange platform that operates remote-first, without an official physical headquarters. Founded in 2012, now has a stock price COIN on NASDAQ of around $297.64. Give or take.

When I told someone that I once got paid $50,000 in Bitcoin and that I did not keep it, they said: "OMG! You must be sick to your stomach!"

I did not know what I was talking about at the time, regarding anything Crypto. So I got out. 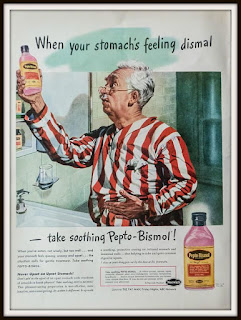 Today, we think of how Pepto-Bismol soothes the digestive system after we've overindulged at a meal. Or, we think of it as a travel companion that can soothe stomach upsets associated with traveler's diarrhea.

But in the early days, it saved lives.

The formula of the pink medicine we now call Pepto-Bismol was originally developed at the start of the 20th century, where high standards of hygiene and sanitation were not as widespread as today. Looking to cure cholera that caused severe diarrhea, vomiting and death, a doctor concocted a formula in his home that proved effective. The original formula was made from pepsin, zinc salts, salol and oil of wintergreen. It was called Mixture Cholera Infantum.

The invention of what we now know as Pepto-Bismol coincided with other health advances, such as milk pasteurization and public campaigns advocating hand washing. 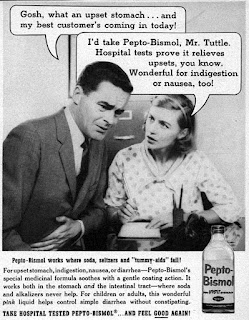 The early (massive) success of Pepto-Bismol presented a production crisis for its inventor, who could simply not make the stuff fast enough. The Norwich Pharmacal Company in Norwich, New York, figured out how to make it in 20-gallon tubs.

Over the years, studies found that bismuth subsalicylate is the ingredient that makes Pepto-Bismol work. The name Pepto-Bismol stuck in 1919.

This past week, I took steps to launch a new cryptocurrency for my company. And I will (soon) know more about all things cryptocurrency, the Ethereum ecosystem, and probably a lot about Liquid, Gemini, Binance, Bitstamp, Kraken, BitMEX and of course, IDEX than 99% of the people that I know.

From home. I'll learn all of this stuff - from home.

Yeah, I sold off my Bitcoin because I did not know what I was talking about. I have no regrets, because at the time, it felt like gambling. And at the time, I could not afford to let my $50,000 go down to $40,000 or worse.

But I also don't like to miss out on things. Did I mention that last week, I took the necessary steps to launch a new cryptocurrency for my business? 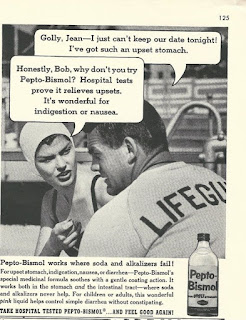 Posted by Thomas Capone at 6:58 AM