Come and listen to a story about a man named Jed

We all (now) know TED.com talks. Well, did you know that the original Technology, Education and Design "talks" were a flop?  You can read all about it here. The first event was financially unsuccessful; hence, it took six years before the second TED.com conference was organized.

I wonder if the first TED.com talk was really a JED.com talk.....

The Beverly Hillbillies is an American situation comedy originally broadcast for nine seasons on CBS from 1962 to 1971. THE STORY: a poor backwoods family transplanted to Beverly Hills, California, after striking oil on their land.

THE STORY by Paul Henning, was the first "fish out of water" theme. He also did Petticoat Junction, and then a REVERSE rags to riches story, for Green Acres. The show paved the way for later culture-conflict programs such as McCloud, The Nanny, The Fresh Prince of Bel-Air, and Doc. The Beverly Hillbillies ranked among the top twenty watched programs on television for eight of its nine seasons, twice ranking as the number one series of the year. A number of their episodes remain among the most watched television episodes of all time.

I started doing audio podcast interviews (Coffee In the Clouds) a few years ago. Why? Well, mostly because everyone was doing it and I did not want to be the only person on the planet without a podcast.

Around five years ago, I met the folks at NARRASYS. I was blown away by their Story Telling Technology. From this, we met Jim Citrin who came out with The Career Playbook. I helped Jim to promote his book, because it was the right thing to do. The Career Playbook should be in the hands of everyone in their 20's, full stop. So, I wanted to help to promote it, no charge.

I did not have any contact with Jim Citrin for around five years, until I learned of his NEW book, Leading at a Distance. I reached out to Jim, telling him that we should promote his new book to the 5.6M+ members of NYDLA.org via our new platform: ZoomTalks. You know, like TED.com talks, but on Zoom.

I love it when you reconnect with someone after years of silence, and you pick up right where you left off. I think that is magic. I think that proves the value of the relationships and the depth of the connections. You cannot fake that, it's real. 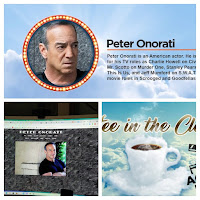 Last week, I asked my friend Peter Onorati to "re-do" a video podcast interview, as the last one was audio only. Thanks to the power of Zoom, we broadcast LIVE from BOONTON USA to/from HOLLYWOOD USA. I think that everyone that Peter has known in his 30 years in Hollywood has now watched this Coffee In the Clouds interview. Or: "Hey, youse guys.....watch dis ting, don't make me tell ya twice....."
Jim Citrin knows...everyone. Seriously, that is not hyperbole. Jim leads the CEO Practice of Spencer Stuart, and with his 25 years at the firm, he KNOWS around 750 of the Fortune 1000 CEOs. As they say, show me your friends, and I'll show you who you are. Jim is now telling "his friends" all about NYDLA and ZoomTalks. Cool. 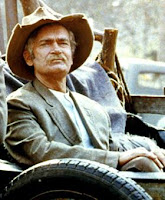 Gotta love a good story - and - a good storyteller. Thanks again for the great memories, Paul Henning.

You would have made a GREAT ZoomTalk. 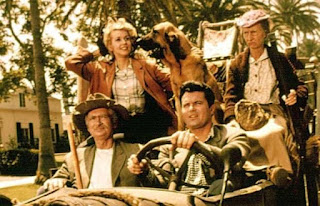 https://youtu.be/OvE9zJgm8OY
Come and listen to a story 'bout a man named Jed
Poor mountaineer barely kept his family fed
Then one day, he was shooting at some food
And up through the ground come a bubbling crude
Oil that is, black gold, Texas tea
Well, the first thing you know old Jed's a millionaire
Kin folk said, "Jed move away from there"
He said, "California is the place you oughta be"
So he loaded up the truck and they moved to Beverly
Hills that is, swimming pools, movie stars
Now it's time to say goodbye to Jed and all his kin
They would like to thank you folks for kindly dropping in
You're all invited back again to this locality
To have a heaping helping of their hospitality
Beverly Hillbillies, that's what they call 'em now
Nice folks, y'all come back now, y'hear?

Posted by Thomas Capone at 4:41 AM