If you are reading on a smartphone, use landscape mode / hold your phone sideways

A finishing school is (was?) a school for young women that focused on teaching social graces and upper-class cultural rites as a preparation for entry into society. It would focus primarily on deportment and etiquette, with academic subjects secondary. In the USA, it is sometimes called a charm school.

Yeah, this was actually a thing.

Through much of their history, United States finishing schools emphasized social graces and de-emphasized scholarship. Society encouraged a polished young lady to hide her intellectual prowess for fear of frightening away male suitors. The mission: get a husband. 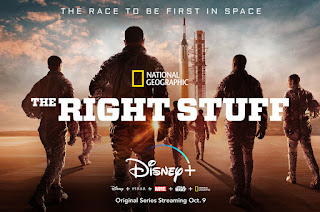 I was born in 1960, and grew up during the Space Race. I started watching the miniseries The Right Stuff on Disney+ this month. Astronauts and their families become instant celebrities in a competition that will either kill them or make them immortal in the quest to be a part of Project Mercury. The show brings up the concept of female astronauts - women in space. And they basically laugh at the thought. Women Astronauts??? Please.

My wife and I also watched the Netflix miniseries The Queen's Gambit. Set during the Cold War era, orphaned chess prodigy Beth Harmon struggles with addiction in a quest to become the greatest chess player in the world. It seems like everyone on the planet is watching The Queen's Gambit, so I won't waste my time suggesting that you watch it.  But you should. 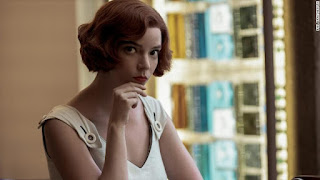 There is something highly soothing about watching people play chess - an analog game in today's world of digital everything. And in the miniseries, there is luxury air travel, fancy restaurants and posh hotel rooms, and all the things that we are currently missing during the days of COVID and quarantine lockdowns and social distancing.

Both of these miniseries are fictional, although The Right Stuff is somewhat based on history. Space and Chess were for men, not women. Today, we indeed have female astronauts. Not sure about female chess grandmasters, but I'll bet there were and are many. Even though The Queen's Gambit is totally fiction, it has many life lessons. Chess is a game of intellect. Brain power. In chess, nobody cheats. There is an honor code. And even though it was a "Man's Game" and women did not play - even the Chess Grandmasters of Russia gave female American Beth Harmon her due. 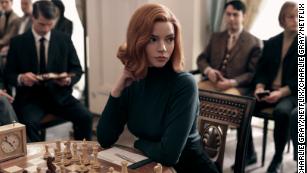 I think the entire world is due for a new type of Finishing School. One that prepares ALL people for living in the new world of global communication, global collaboration, and better cultural norms. Today's world is digital, not analog. We are ALL connected, we ALL share one planet in real-time. This blog (could) reach millions, in the blink of an eye. Tools like Zoom have made the world one big connected community. In the time that it took to read this blog, a million people could have started watching The Right Stuff, or The Queen's Gambit or just about anything that they wish. YouTube, TED Talks, the list of options is growing exponentially. How many audio/video podcasts are there now? You won't live long enough to listen to or watch 1% of them. And don't get me started on Audible books. I'm addicted to books in the clouds.

I think we are due for a Finishing School for ALL Humans. We are all now living in a global society. All are welcome, from every time zone. Yes, this is long overdue - with a heavy emphasis on the word "all" and maybe replacing the the word Finishing with Lifelong.

The Lifelong School of Human Development.

All are welcome to THRIVE in the new global society. Tuition is free, as long as you agree to pay it forward. Yeah, we should do that. After all, we humans are smarter today than we were in the 1960's right? We are smarter now, right? Please tell me we are (all) smarter now in 2020 than in the 1960's.

Cool picture below, eh? The Right Stuff, only better. 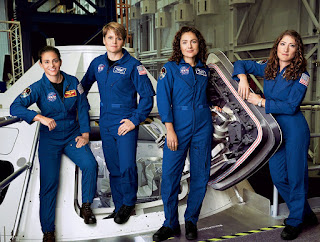 Posted by Thomas Capone at 3:44 AM