[ If you are viewing on a smartphone, hold your phone horizontally / view in landscape mode ]

I don't know about you, but I love that feature of Facebook that "reminds me" where I was and what I was doing exactly 365 days ago. It also freaks me out a little. 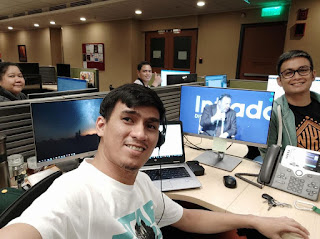 Exactly one year ago, I was streaming LIVE, from NEW YORK! It was so cool to be using technology to communicate, collaborate, educate - pontificate - LIVE to the entire world. From the center of the known universe. You know, from the New York Megalopolis. I admit it, when the broadcast went LIVE that day, it was a big deal (for me). It was my first time streaming (live) with no edits. Oh, God please don't let me say anything stupid. Too often.

I just turned 15 years old living in Boca Raton, Florida when Saturday Night Live (SNL) first went - live. October, 1975. It went on to become the longest-running, highest-rated show on late-night television. Wow, that was a lot of hyphens.

I blog on Sundays. Sundays are my "blog days" and I try not to miss. Sometimes I'm lazy, or traveling, or have no muse. But my target is 52 blogs per year, and I think I got that from my early SNL fan days. 52 weeks in a year. Just not every week. Sure, got it.

Blogs are cool, but there is no "live" magic with a blog. I can edit out the typos. There IS magic when things are broadcast LIVE. The extra pressure, the extra energy, the fact that this single moment in time is going to be viewed in real-time to an unlimited number of people around the world. Sports on TV - live. Super Bowl - live. Broadway - LIVE. There is indeed something about doing anything truly live. 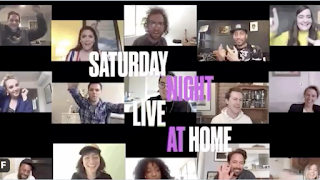 Yeah. It wasn't. Whereas SNL typically consists of sketches performed live in-studio, these "at home" Powered By Zoom episodes were recorded remotely due to the impact of the COVID-19 pandemic. None of the sketches were actually performed live for any of these episodes. And none of the participants in any sketch from these shows were in the same physical location. That part was obvious, but it was not obvious that it was not really - live.

So this made me start to think about all of the VIRTUAL events that we are hosting these days. Exactly one year ago this time, we were LIVE in The Big Apple, streaming LIVE to the world. It was "LIVE" live, powered by our vendor/sponsor Intrado. Not taped live, but with a hat tip to the movie Spaceballs - it was "NOW" now.

The media and entertainment critics finally said: it essentially isn't SNL at all: "Saturday Night Live without the live is dead" and they found that while certain sketches worked, most of them did not. Music live - great. Singers live, fine. But the live (not really live) sketches fell short. RECORDED LIVE, but not really live did not work.

I think there are some lessons to be learned here, for the new world of VIRTUAL everything. The power of live - the energy of live comes from the fact we all know it is truly live, warts and all. I felt cheated when I later learned that Saturday Night Live at Home was not really actually, live.

If a VIRTUAL event is not going to be truly LIVE LIVE, then we should call it a webinar. If a VIRTUAL event is going to be a bunch of pre-recorded sketches, then I don't need to watch it like I was actually there live, like attending a Broadway play in NYC. Watching something on YouTube when and where I feel like it, is not what was advertised. After all, an HBO Comedy Special is recorded live - and then they edit the hell out of it. We all know that TED Talks are not live - but they were recorded live. There is no trickery implied.

Live is hard. Live is risky. Live (anything) has a natural energy to it. Let's be careful that we don't say that something is a LIVE event when we really mean it was recorded live, before a studio (or home) audience.

I mean, of course it was LIVE at some point, right? 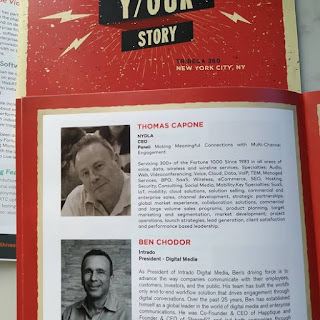 Posted by Thomas Capone at 6:13 AM