[If you are reading on a smartphone, use landscape mode / hold phone sideways]

Collective Defense means that an attack against one ally is considered as an attack against all allies. The principle of collective defense is enshrined in Article 5 of the Washington Treaty. NATO invoked Article 5 for the first time in its history after the 9/11 terrorist attacks against the United States. 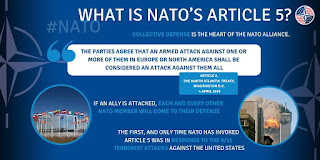 So, NATO is the best-known collective defense organization, as its famous Article 5 calls on (but does not fully commit) member states to assist another member under attack.

Our friends at IronNet applied the concept of Collective Defense as a proactive, collaborative approach to cybersecurity that involves organizations working together within and across sectors to defend against targeted cyber threats.

Around a year ago, I met Brett Williams, Maj Gen USFA (Ret) on the INTREPID in New York City. Brett is the COO of IronNet Cybersecurity, a Keynote Speaker, and a Thought Leader in Leadership and all things Cyber. I just learned that our Coffee In The Clouds segment with Brett was the most watched of all time. 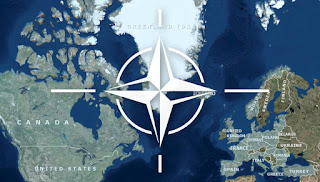 Leadership. Collective Defense. NYDLA.org has many thought leaders and subject matter experts in our global community. I think of people like Brett Williams, Lee Cockerell, Tom Peters, the list is long. People who have spent an entire lifetime in positions of leadership and authority. This weekend I took the time to watch (once again) the video podcasts that we have recorded with around a dozen such leaders from the fields of education, science, business and politics. I was looking for a common thread, a common theme, something that I could use to better understand what is happening in our country right now. I think I might have found it.

The concept of Collective Defense covers the three critical areas of a holistic cybersecurity strategy for protecting people, process, and technology.

Article 5 of NATO calls on (but does not fully commit) member states to assist another member under attack.

Here we are, the UNITED STATES of AMERICA. If one State is under attack, then EVERY STATE is under attack. If one of our citizens is a victim, we are all victims. Security in our daily lives is key to our well-being. Just as with NATO's purpose - to guarantee the freedom and security of its members through political and military means. NATO is committed to the peaceful resolution of disputes. If diplomatic efforts fail, it has the military power to undertake crisis-management operations.

NATO is an alliance of countries from Europe and North America. It provides a unique link between these two continents, enabling them to consult and cooperate in the field of defense and security, and conduct multinational crisis-management operations together.

Here we are, in 2020 with the UNITED STATES of AMERICA under attack from enemies both seen and unseen, both foreign and domestic. If one part of the country is under attack, then we are all under attack. If one of our citizens is a victim, we are all victims.

Posted by Thomas Capone at 5:26 AM