Bowled over by the software 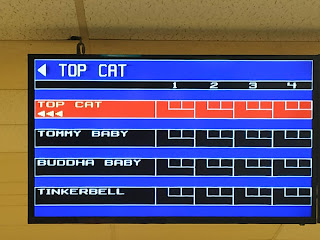 Yesterday, the Capone clan went bowling in Boonton New Jersey. My two sons, and my new daughter-in-law (hence the Tinkerbell).

It was fun to think about all the bowling birthday parties we had at Boonton Lanes over the years. There was a young family next to us, using the "bumpers" to block off the gutter balls. Yeah, the memories were flowing. And then on the scoring screen we noticed something: the software on the Brunswick automated scoring system was from 1994.

Almost 25 years, and they are still running the same software.

It’s almost impossible to trace the rise of bowling without documenting the rise of the Brunswick company.

From the beginning, Bowling and Brunswick have shared the same path. Founder John Moses Brunswick played an integral part in the birth of the game by building a company dedicated to taking games like billiards and bowling out of fancy parlors and into the public arena. Moses Bensinger (married to Eleanora Brunswick, daughter of John Moses Brunswick) had a vision for the modern game of bowling. He standardized rules for the game and organized the first American Bowling Congress in 1895, which held the first significant bowling tournament in 1902. The ABC became a prominent fixture in competitive, professional bowling, and is responsible for developing the professional game and global appeal of the sport as it is known today. 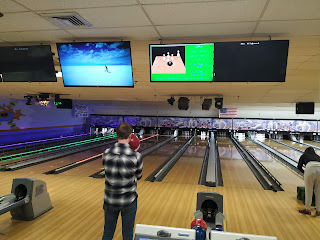 Brunswick has contributed directly to the global growth of bowling by opening the first bowling center in Moscow in 1976. It has also established a technological and manufacturing presence that reaches around the globe – from its state-of-the-art research and development facilities in Muskegon, Michigan, to its pinsetter manufacturing plant in Székesfehérvár, Hungary, to its sales and support resources in Hong Kong.

During the past century, Brunswick’s passion for the game has never wavered. Brunswick has always been dedicated to improving both the game and the experience around it. Brunswick worked to grow bowling on a global scale and has helped to create the $10 billion industry that it is today. 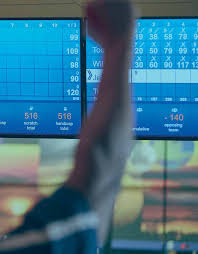 Again, we noticed that the Brunswick software running the automatic scoring system was from 1994. I almost did not write a blog today, because I really had nothing to write about.

My son Tommy said: why not blog about the software being from way back in 1994!

So here's my Sunday blog. I would have felt like a Turkey if I did not blog today, but I was split over this. It's not my best blog, so I don't expect you to be bowled over - it's not in a league of it's own. No need to frame it, but you can pin this to your browers and share it. 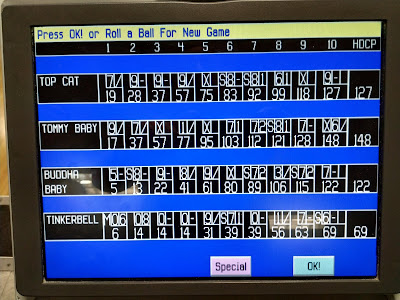 I want a rematch