At 58 years old, I think I just attended my first Farmer's Market. I cannot be certain, but if I did wander into one in the past it was not on purpose.

The local Farmer's Market in Boonton, New Jersey was fun. Lots of fresh produce, crafts, and all around cool stuff. It made me smile as I love observing Entrepreneurship in action. My wife bought some home made soap. I bought a large loaf of Italian bread. I don't know if she used the soap yet, but the Italian bread is now GONE. It did not make it to sunset yesterday. 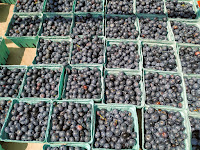 Not organic. I learned yesterday that we don't buy anything that is not organic. "But this is a Farmer's Market! How much more 'organic' can you get?"

Boy, my wife was ready for THAT question. She said: "HOW DO YOU NOT KNOW WHAT ORGANIC FOOD IS?"

OK, so I learned yesterday that Camp Capone is 100% Organic. This I did not know. And it looks like I have been violating Camp Capone rules and regulations for years. And now, much research later, I am fully educated on all things Organic Farming and Organic Food. 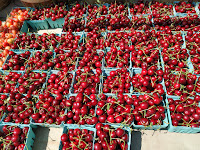 But now thanks to Google, I am now also very much up to speed and fully educated on all things Farmer's Markets. And they are hurting.

Nationwide, the number of Farmer's Markets rose from 2,000 in 1994 to more than 9,600 in 2019. And this leads to a major problem. Too few farmers populate the market stalls, and too few people to fill the canvas bags of the Farmer's Market shoppers.

Too many smaller markets are in hyper competiton for an already saturated marketplace. And now they also compete against Amazon, Instacart or Blue Apron for home delivery of fresh foods.

In business, sometimes things don't pencil out. Sometimes people in business don't stop and think through the logistics.

And what about an app? Maybe such an app already exists, but there should be a Farmer's Market app that allows anyone at anytime to see what's happening at THAT Farmer's Market, and will it be worth their time and money to drive to THAT market vs. THIS market. And how about filters that say "ORGANIC" so that you don't waste your time driving to a Farmer's Market that is not going to have anything that fits your "organic only" needs?

An app for Farmer's Markets would also open the door for online eCommerce sales. People could get on mailing lists, newletters, and even earn loyalty rewards.

Think of the app like: Airbnb meets Waze for Farmer's Markets.

Vendors pay good money to host a booth at a Farmer's Market. Having their business listed in an app would be an easy sale. And locally grown Honey from New Jersey could easily be shipped anywhere in country, all via an app. Farmer's Markets Together Forever!

Technology could solve the Market Saturation problem of Farmer's Markets nationwide. And we need as much fresh, locally grown food as we can find. I'll continue to support our local Farmer's Market every weekend. Now, about that app...... 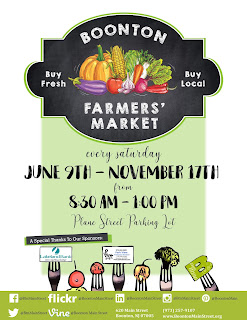