Are you a people person? 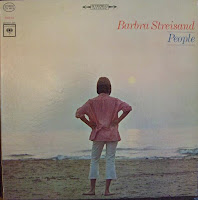 Who remembers the Barbra Streisand song "People" from the 60's? People. People who need people, are the luckiest people in the world. So far, the month of May has been "A month of meeting People" for me. Lots and lots of........People.

And, around 200+ people attended the 2018 Marketing Hall of Fame induction ceremony. 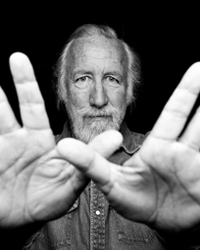 For the past 40 years, Lee Clow has told stories through advertising for some of the most well-known brands in the world. His creative career began with Chiat\Day and its humble beginnings at a hotel in downtown Los Angeles. Today, Lee is the Director of Media Arts for TBWA\Worldwide and the Founder and Chairman of TBWA\Media Arts Lab, which celebrated its 10-year anniversary in 2016. He believes advertising is an art, a media art, that evokes emotion in consumers to make them laugh, cry, surprise or inform and his work does exactly that. Lee’s portfolio includes memorable campaigns for brands like Gatorade, Pepsi, Adidas, and Energizer. But Lee’s impact on the industry can best be summarized by his partnership with Steve Jobs for more than 30 years producing work for Apple. 1984 Macintosh, “Think Different” that evolved into the introduction of the iMac, iPod, iTunes, iPhone, iPad and Apple Watch. Today, Media Arts Lab works exclusively on Apple, breaking barriers and challenging the industry with what he calls the “New Storytelling.” 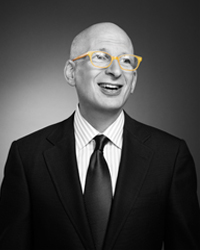 Seth Godin is the author of 18 books that have been bestsellers around the world and have been translated into more than 35 languages. He’s also the founder of the altMBA and The Marketing Seminar, online workshops that have transformed the work of thousands of people. Seth writes about the post-industrial revolution, the way ideas spread, marketing, quitting, leadership and most of all, changing everything. You might be familiar with his books Linchpin, Tribes and The Dip. Permission Marketing changed direct marketing forever, and Purple Cow is considered one of the most influential marketing books of its time. Seth has given thousands of speeches to millions of people around the world, and his five TED talks continue to spread. In addition to his writing and speaking, Seth has founded several companies, including Yoyodyne and Squidoo. His blog (which you can find by typing “Seth” into Google) is one of the most popular in the world. Seth’s latest book, What To Do When It’s Your Turn is now in its fifth printing. [ Photo credit, Jill Greenberg ] 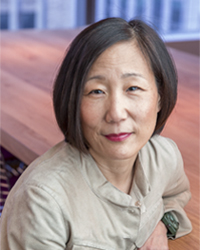 Esther Lee is MetLife’s Global Chief Marketing Officer and is a member of the company’s executive team. She joined MetLife in 2015 and is responsible for managing all aspects of global marketing, the global brand, and the customer journey. Esther and her team lead a strategic, customer-focused marketing practice across the globe that drives business growth. Prior to joining MetLife, Esther was Senior Vice President for Brand, Marketing, Advertising and Sponsorships at AT&T. In that role, she oversaw global brand marketing, advertising, media, and sponsorship, as well as the integration of brand leadership into the company’s business strategies. Through the ongoing rollout of the company’s “Rethink Possible” brand platform, Esther led the strategy to create awareness of AT&T’s commitment to innovation to allow people to do more, explore more, and live more expansively. Before joining AT&T, Esther served as Chief Executive Officer of North America and President of Global Brands for Euro RSCG Worldwide, where her work focused on transforming the company’s creativity and vision for long-term growth. Prior to that, she served for five years as Global Chief Creative Officer for The Coca-Cola Company, where she drove creative strategy, the development of integrated campaigns for the company’s global brands, and the operating models to support these efforts. Most notably, she drove the creation, development, and launch of the “Coke Side of Life” global campaign—the foundation for today’s “Open Happiness” campaign.
They called it the "Hall of Fame" but what is should really be called, is the "Hall of Mastery" for these people have truly mastered their craft.
Here are the best lessons that I learned from "People" so far this month:
"The people who can find the simple, honest human connections in their business are the ones who will be the most successful." ~ Lee Clow
"Marketing continues to be not about you, or your product, it's about them. You need to focus on ideas that resonate with humanity." ~ Seth Godin
"Companies are facing disruptions in emerging technologies, societal and economic change. The fundamental role of marketing has remained constant. It is evergreen." ~ Esther Lee

Lee, Seth and Esther have influenced millions (Billions?) of people during the course of their careers. They are recognized as the best in their fields. And the only thing that seems to be greater than their skill, talent and expertise is their amazing unbridled generosity. They truly care about people. It is obvious. They freely teach everything that they have learned. They teach everything they know.

I was invited to attend the Marketing Hall of Fame induction ceremony by someone that I have known all of 30 days. We met at an event, the same kind of event that I always try to attend. We were strangers. And then, we were two people in deep conversation about similar interests. "You should attend our event in NYC. You will meet some amazing people. I'll send you an invitation." I only learned a few days before the event that my friend Seth was going to be inducted into the Hall of Fame.
People. People who need people, are the luckiest people in the world.

Posted by Thomas Capone at 9:33 AM