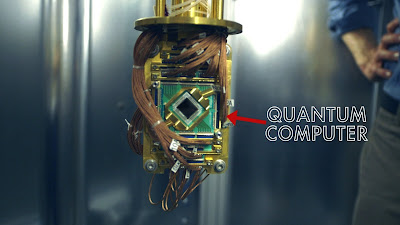 Nerdy:
In physics, a quantum is the minimum amount of any physical entity
involved in an interaction. The fundamental notion that a physical property
may be "quantized" is referred to as "the hypothesis of quantization".

Quantum Computing studies computation systems (quantum computers)
that make direct use of quantum-mechanical phenomena, such as
superposition and entanglement, to perform operations on data.

Quantum computers are different from binary
digital electronic computers based on transistors.

Non-Nerdy:
Shit is about to get real.

This past Friday, the NYDLA.org co-sponsored an event with
IE.edu and SAP on Quantum Computing. The event was held at SAP
on the 48th floor at 10 Hudson Yards.

The view from the 48th floor was amazing. 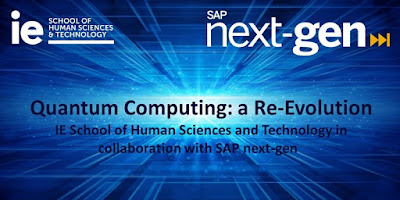 I need to keep this blog post short, so let me say it this way:

Without encryption, there is no more Amazon, no Netflix, no Uber,
no cloud. 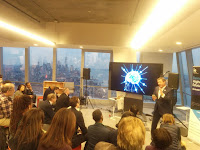 If you had access to a Quantum Computer, it would take
around 400 minutes to break the encryption.

If a "bad actor" had access to a Quantum Computer, the value of
every Bitcoin in the world would to go $0 in less than 400 minutes.

This is why schools like IE.edu and companies like SAP, Microsoft,
Google, Amazon are betting all of their chips on Quantum Computing.

Quantum Computing is the new “space race” and we need to make sure
that the bad guys don’t win. 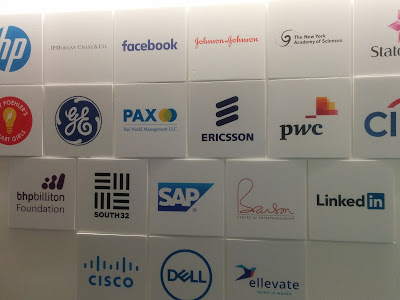 Quantum Computing will be here before you know it.

Because storage is cheap. And because they know that (one day)
there will be a Quantum Computer that can read, analyze and
BREAK into anything digital and encrypted. In minutes.

The first country with mastery of Quantum Computing will be
the next superpower. 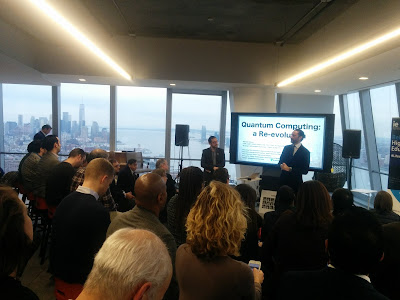 “The view” from the 48th floor was amazing.
Thrilling. Mesmerizing. It was also terrifying. 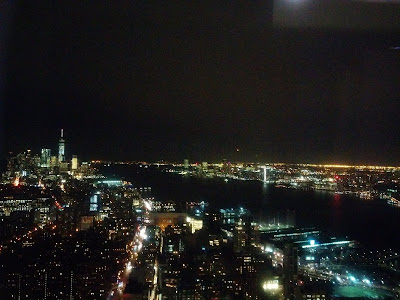 Posted by Thomas Capone at 9:14 AM