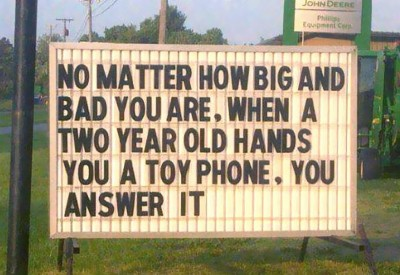 Today for the first time in many years, I played checkers. Similar to the life lesson on the sign: when a kid from the neighborhood comes over with a checkerboard under their arm, you play checkers. You stop writing your blog - and you play checkers.

And, you make sure you look happy and surprised and thankful for the opportunity.

And, you lose. You answer toy phones, and you lose to neighborhood kids in checkers.

But today’s game of choice: checkers.

And, it is going…slow. We are playing checkers, but it is at the speed of chess. And so, I smile as I take out my phone and I Google checkerboard. I asked myself: are checkerboards and chessboards the same thing?

A checkerboard is a board of chequered pattern on which English draughts (checkers) is played. It consists of 64 squares (8×8) of alternating dark and light color, often black and white.

Other rectangular square-tiled boards are also often called checkerboards. In this sense it refers not to a physical board as such but to the mathematical abstraction of such a board.

The adjective chequered refers to the pattern shown in many contexts, such as the checkered flag used to signify the end of a vehicle race, the popular ice cream flavor or the livery on some emergency service vehicles. However, when this pattern is used on such vehicles, in certain countries, it is called a Sillitoe Tartan.

A red-and-white checkerboard is the medieval coat of arms of Croatia, and is widely used in national symbology there.

The checkerboard pattern is often associated with the Ska music genre, for breaking the racial barrier between black and whites at the time.

A checkerboard marking painted on a hilltop was used as visual guidance on Hong Kong's old Kai Tak Airport. Many taxicabs also use a checkerboard pattern.

A checkerboard pattern of alternating aviation orange and white is commonly required for compliance with the FAA as a means of making tall or sufficiently sizable structures stand out, so as to make them clearly visible to pilots, including water tanks, gas tanks, grain storage tanks, tall buildings and flags.

In the time that it took me to lose a game of checkers on my back deck to a fine young gentleman from the neighborhood, the power of the Internet allowed my mind to wander, and drift around the world.  Checkerboards, checkerboard patterns, the “math” of the checkerboard matrix.

Chess computers were first able to beat strong chess players in the late 1980s. Their most famous success was the victory of Deep Blue over then World Chess Champion Garry Kasparov in 1997, but there was some controversy over whether the match conditions favored the computer. Chess programs running on commercially-available desktop computers had convincing victories against human players in matches in 2005 and 2006. Since that time, chess programs running on commercial hardware - more recently including mobile phones - have been able to defeat even the strongest human players.

And there it is: today - our smartphones
can now beat any of the strongest human chess players. 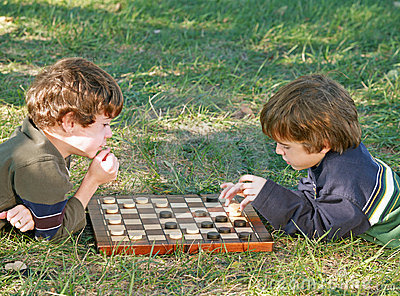 My checkers match on my backyard deck took me around the world today. It made me pause and reflect on how Artificial Intelligence is coming.

Amazon.com CEO Jeff Bezos says we're at the earliest days of artificial intelligence and the influence it will have on consumers' lives.

"It's hard to overstate how big of an impact it's going to have on society over the next 20 years," Bezos said on stage at the Code Conference in Rancho Palos Verdes, California.

I guess it is inevitable that robots will soon be smart enough to beat any of us - all of us - in chess, checkers -or any game. International Master Dean Ippolito or Gary Kasparov or anyone - we are not going to be a match for the AI robots.

I hope that these same AI robots who are doing more and more of our repetitive tasks (our jobs) are also going to be smart enough to know how to LOSE to a kid who rings your doorbell and wants to play a game.

AI robots will soon be able to beat us, every time, all the time - in many, many things.

But will they know when to lose? 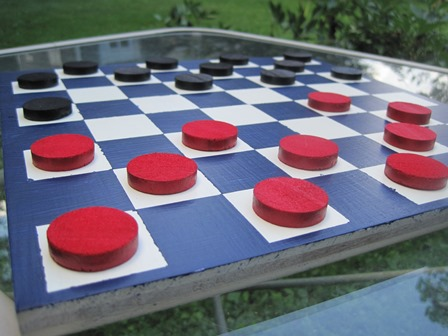 Posted by Thomas Capone at 8:59 AM