Be careful who you poke fun at

One should be careful who one pokes fun at. Last week, I publicly made fun of folks wasting their time chasing Pokemon. To me it was like fiddling while Rome is burning.

Pokemon Go is really big. Like bigger than big. Data is emerging that shows the game is catching on more than dating, chatting with celebrities, all things social media. Even bigger than all professional sports combined. It’s hard to process how massive this phenomenon is - and growing. Reddit is one of the most-visited websites in the world.This graph shows the most popular subreddit (sections) on the website for the month of July. AskReddit (a subreddit where celebrities answer questions from the general public) had a staggering 38 million page views from 4.5 million unique visitors in the week after Pokemon Go was released. 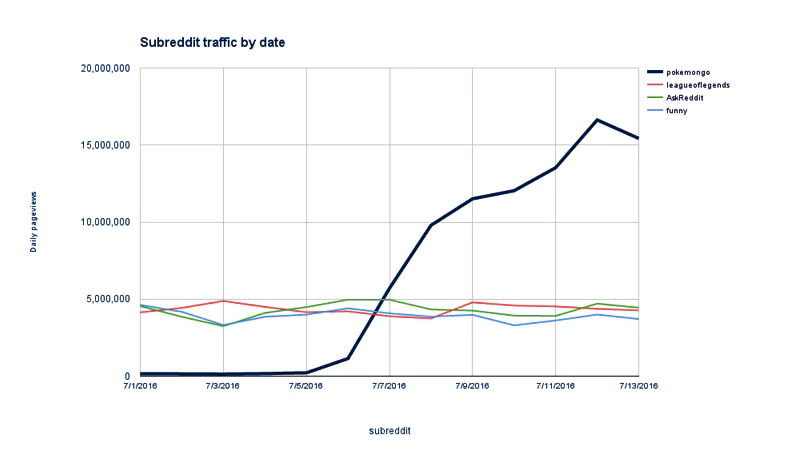 See the dark blue line? That is the Pokemon Go subreddit, and the green line is AskReddit. The game wasn’t out the month before. That week after Pokemon Go this dedicated subreddit accrued 92 million page views from almost 8 million unique visitors.

Google Trends graph: the most frequently searched terms from January 2010 to the present day. The first green hump you see on the left there is Game of Thrones which jumps around the same time every year. The red line is ”Gangnam Style.” The purple line is Breaking Bad. The yellow line is the term “Trump” spiking around the time he won the New Hampshire primary. That giant blue line on the far right is Pokemon Go. 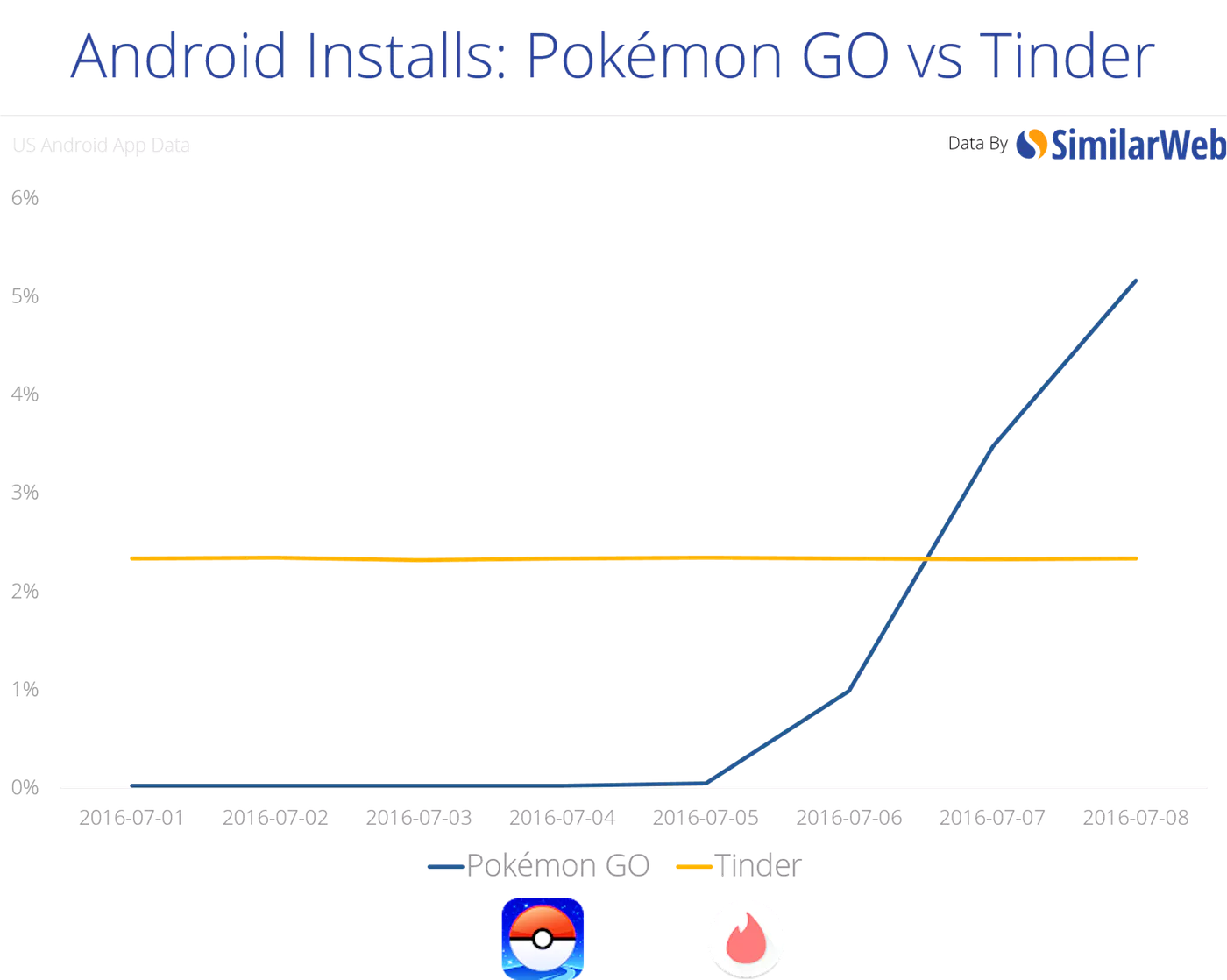 A game about chasing things that do not exist has now crushed an app that involves meeting new people and going out on dates.The app has shot past Tinder and looks to rival Twitter for dominance.

Not all countries can install Pokemon Go from the Google Play Store.

Users are downloading the app’s APK file and loading onto their device via a very cumbersome process. People are doing whatever it takes to get the game and play the game. Despite these limitations, Pokemon Go is installed on over 7% of Canadian Android devices that are in use.

I made fun of people running around outside chasing things that do not exist. Well the thing that DOES exist? The people doing the chasing. These people exist, big time.


I can’t wait to see what the next seven days does to these numbers. This is bigger than big. And it looks like it is speeding up with no signs of slowing down. I have yet to play the game but I am no longer ruling it out. Ah yes, be careful who you "poke" fun at.

Maybe I can launch a game called "Eating Crow"?
Posted by Thomas Capone at 7:35 AM