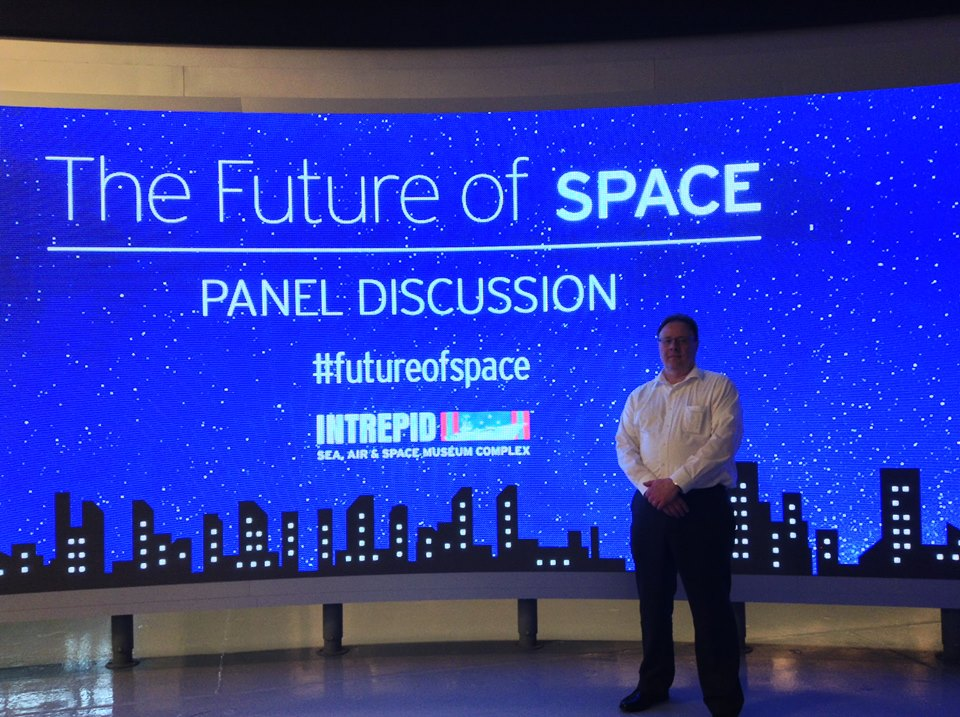 This week, members of the NYDLA gathered on The Intrepid SEA, AIR,SPACE Museum to hear what is on the horizon for space exploration.

The www.NYDLA.org and the www.USDLA.org are dedidated to “all things distance learning.” As anyone who knows me can attest, my battle cry is “Everything is Distance Learning!”

There is no better example of remote work and/or distance learning than NASA. I grew up in the 60’s and every kid wanted to grow up to be an Astronaut. Only those with “the right stuff” would earn the privilege to fly into space. What I remember was President Kennedy’s famous speech about landing a man on the moon, and returning him safely to earth. And, that we, as a nation, would do this before the end of the decade.

A Big Hairy Audacious Goal (BHAG) is a strategic business statement similar to a vision statement which is created to focus an organization on a single medium-long term organization-wide goal which is audacious, likely to be externally questionable, but not internally regarded as impossible.

The term 'Big Hairy Audacious Goal' was proposed by James Collins and Jerry Porras in their 1994 book entitled Built to Last: Successful Habits of Visionary Companies. A BHAG encourages companies to define visionary goals that are more strategic and emotionally compelling. Many businesses set goals that describe what they hope to accomplish over the coming days, months or years. These goals help align employees of the business to work together more effectively.

In contrast, a BHAG (pronounced BEE-hag) as "an audacious 10-to-30-year goal to progress towards an envisioned future." Key word: audacious.

"A true BHAG is clear and compelling, serves as a unifying focal point of effort, and acts as a clear catalyst for team spirit. It has a clear finish line, so the organization can know when it has achieved the goal; people like to shoot for finish lines."

And yet, as a nation, with all of us working as a unified team, we did it. The USA won the Space Race. BHAG - done!

I just Googled the definition of Intrepid and it said: characterized by resolute fearlessness, fortitude, and endurance such as an intrepid explorer. Synonyms of Intrepid are: bold, courageous, dauntless, doughty, fearless, gallant,greathearted, gutsy, gutty, heroic.

I find it no coincidence that this event was hosted on The Intrepid. Every BHAG is a result of the masterful use of both technology and talent. Passionate people, driven to succeed, and committed to using all tools and technologies at their disposal. And, if the technology does not exist - go and invent it. BHAGs don't take no for an answer.

I think that I found my own personal BHAG, but we shall save that for my next blog.

What's yours?
Notable Examples of BHAGs Over the Years: 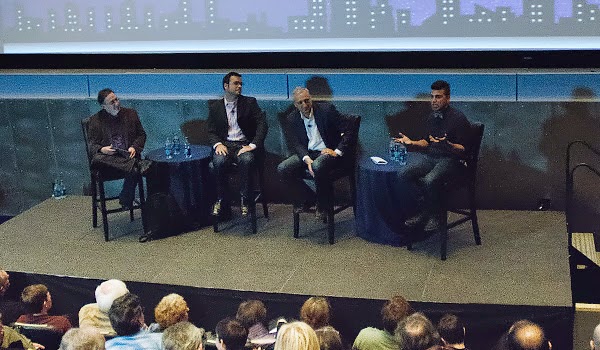 Ira Flatow is the host of Science Friday® on PRI, Public Radio International. He anchors the show each Friday, bringing radio and Internet listeners worldwide an informative discussion on science, technology, health, space and the environment.

Science Friday is heard by 2 million people each week, on the radio and podcasts, and via iTunes, Android apps.

Ira has shared his enthusiasm with public radio and TV fans for more than 35 years. He recently co-starred on the CBS hit series The Big Bang Theory.

His most recent book is entitled Present At The Future.

His numerous TV credits include six years as host and writer for the Emmy-award-winning Newton's Apple on PBS and science reporter for CBS This Morning. He wrote, produced and hosted Transistorized!, an hour-long PBS documentary. He is also host of the four-part PBS series Big Ideas. A winner of numerous awards, his most recent the Isaac Asimov Award.

Bobak Ferdowsi is a member of the Engineering Operations Team on the Mars Science Laboratory Curiosity Project at NASA’s Jet Propulsion Laboratory as well as Mission Planner on the Europa Clipper study.

Will Pomerantz is the Vice President for Special Projects at Sir Richard Branson's Virgin Galactic. In that role, Will helps extend Virgin Galactic’s efforts beyond space tourism, developing efforts such as the LauncherOne orbital launch vehicle for small satellites as well as suborbital research campaigns on board SpaceShipTwo.

Posted by Thomas Capone at 4:18 PM