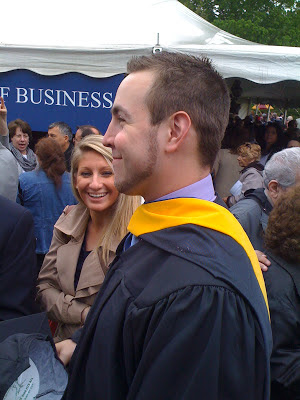 If you type in the Google browser bar “how many days” from one date to another, it calculates your answer in an instant.

My oldest son was born on March 2nd, 1990. So that makes it 8507 days with me as a father. I don’t know which is more amazing. The fact that: A) you can get an answer to such a complex question from Google (for free) in a fraction of a second or B) that I have been a father for 8507 days.

It got me to thinking about how time flies, and all of the amazing things that have happened in the world of telecom and IT in the past 8507 days:

#10: The demise of Novell, Banyan, 3Com, DEC, Compaq, Polaroid, Palm, Nortel, Silicon Graphics ... it's a long list. While some of those companies simply died or were swallowed up, others have and continue to just slowly wither away (I'm looking at you, Novell). What's really interesting is how much dumb luck plays a major role in determining success in business.
#9: The rise of the Internet, which changed the world. The sad thing is that the USA, the country that created the Internet, still doesn't completely understand the Internet's importance. And this is why we're ranked 9th or 16th - depending on how you measure these things - worldwide in terms of broadband availability, price and speed.
#8: The rise of ecommerce. Ecommerce, the selling and buying of goods and services online, has changed how we do business. 8507 days ago, the idea that the Internet would become a global commerce platform was unthinkable. Now we're arguing about how to collect taxes on online purchases.
#7: The re-rise of Apple. Perhaps one of the more surprising stories in the last 8507 days has been the phoenix-like success of Apple. The big question is whether Apple can still be Apple without Jobs ... we'll know in the next 8507 days, that’s for sure. I bought my first computer, an Apple IIe 12,705 days ago. I wish I kept it, as today it would be worth a fortune on eBay.
#6: The consumerization of IT. Around 900 to 1,500 days ago the consumer IT equipment market started eating away at the fringes of the enterprise where it was easier and cheaper for branch offices and telecommuters to deploy low end routers and NAS devices purchased at their local Best Buy than go through the cost and complexity of using Big Boy IT gear. This accelerated as corporate users began increasingly bringing their own laptops and cellphones into the enterprise. Is this creating a huge management mess for IT, or is it a huge cost savings? Whichever it is, it's not going away anytime soon.
#5: The end of privacy and security. Along with all the good stuff that the Internet has made possible there is plenty of bad stuff too. The 'Net, the operating systems we use, and the services we rely upon all ensure you're trackable and hackable. How many days ago did we all lose our privacy for good? *See Google, below.
#4: The rise of Linux and open source. Who could have predicted 8507 days ago that Linux and the open source movement would become such powerful market forces?
#3: The rise of social media. Facebook and Twitter and the rest. Need I say more? Whether social media as we know it today will survive the next 8507 days is debatable.
#2: The rise of Google. Google, one of the few companies to ever become a verb, was founded only *5,643 days ago and it's growth and the sheer exuberance of its research and development has been truly astounding.
And finally ...
#1: The death of the PC. Who knew that the PC would so quickly wane in importance to become just one of the end user computing platforms? This year we shall see PC shipments drop by almost 8%!
Yes indeed, 152 days ago, my oldest son received his Bachelors of Science Degree from Quinnipiac University (Computer Information Systems). 27 days ago, we watched Tom Jr. accept his diploma along with thousands of proud parents.
My son a.k.a. "Tommy Baby" (pronounced tah-mee bay-bee by me) has spent a total of 8507 days on the planet - and now 152 of those days - as a (thankfully employed) college graduate.
Yes, time certainly does fly. Now I know where the expression Father Time comes from. 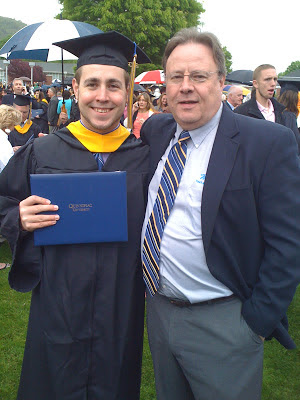 Posted by Thomas Capone at 4:34 PM