Was this trip really necessary? 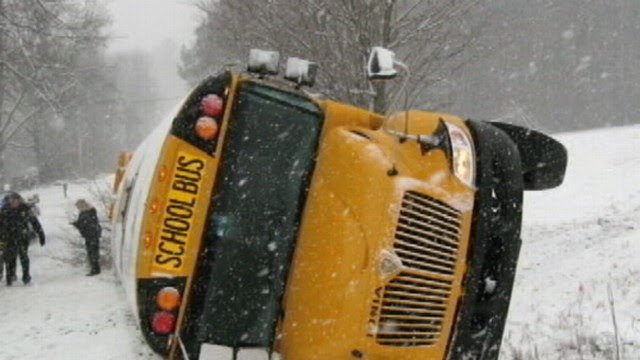 As of the writing of this blog, there are 40” of snow on the ground at www.quinnipiac.edu  Most of Connecticut and New England got slammed with the storm. Some people in Long Island slept in their cars. Many are trying to figure out how they are going to get to work tomorrow morning. It is hard to take a train when there is several feet of snow covering the tracks.

Here in New Jersey we were lucky with less than 10” of snow in our town.  And according to Mayor Michael Bloomberg everyone in New York City “dodged a bullet” as far as the storm is concerned.

Because we did not lose power, the storm had zero effect on me and my business. As long as I have the Internet, I am a happy camper. But when the Internet goes down, well, let’s just say you don’t want me in your Internet-less lifeboat.

Why not work from home?  Why not take classes from home?

Both of my sons went to college in Connecticut (who just got dumped on with snow). Tommy is now taking Graduate classes at Quinnipiac University (online). My youngest son Robert has one more semester to go (brick and mortar) at UCONN.

The COA (Cost of Attendance) for college is made up of direct charges such as tuition, fees, room and board. Indirect costs are things like books, transportation and personal expenses.

For a Freshman Resident at Quinnipiac here are the numbers:

Tuition & Fees: $36,130
Room & Board: $13,430
Books: $800
Personal: $900
Transportation: $500
Total: $51,760
I can tell you this: the above numbers are just an estimate - a low estimate. Factor in trips to visit campus, special events, special sporting events and dining out. Also iPads, iPhones, various types of tablets and smartphones. Throw a few thousand dollars per year on top and you might be close to the real numbers. Then multiply by four years (and how many kids do you have again?)

Tomorrow, all classes on campuses in Connecticut will be canceled. Many people will not be able to make it to work in NYC. Airports will be trying to recover from thousands of canceled flights from the weekend. For me, the “Blizzard of 2013” has reminded me of the true costs of traditional business and classic higher education. If you were one of the unfortunate people who had to sleep in their cars on the Long Island Expressway, you will be thinking about this storm for quite some time, I am sure.

The “Blizzard of 2013” is making people think about distance learning because of the snow on the roads and the canceled trains. But when you look at the spiraling costs of higher education, it looks like it has been "snowing" on college and university campuses for many, many years.

We are just now starting to take notice of how deep the cost of a four-year college education has become. When buried by snow - eventually it melts.

Sadly, it does not work the same way with college debt.

Posted by Thomas Capone at 1:25 PM