If reading on a smartphone, hold sideways and read in landscape mode 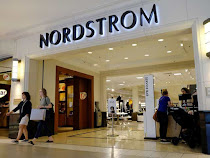 If you Google "Nordstrom Snow Tire Return" the classic story comes up, about the guy who returns used snow tires to a Nordstrom store, and gets his $145 refund. And, of course, Nordstrom never sold - does not sell snow tires. But the customer is always right.

The "Nordstrom Tire Return Story" is possibly the greatest consumer relations story of modern times. I have no idea if is true but it makes for a great story.

Today my brain is stuck on this topic of money-back guarantees, service guarantees, and the science behind human behavior.

The other day, my wife pointed out that the last loaf of bread that I purchased was moldy. "Did you not look at the expiration date?" Nope. Nor did I look at the price. I just grabbed a loaf of bread (Vermont, Blue) without even slowing down the cart. Same with milk (non-fat, store brand). I just made the assumption that if it was on the shelf, it was good to go. I assumed that it was safe to purchase. And yet, same store, same day, I bought fish. My mind went to ask myself: wait, what day is it?

Is Friday really the best day to buy fish? Is it dumb to buy fish on a Thursday, and is it truly BEST to buy fish on a Friday? Without even thinking about it, I did ask the guy behind the counter if the fish was fresh. And - I also smelled it. I smelled the fish to see if it "smelled fresh" even though I have no idea what I was smelling for. It just seems like the right thing to do - sniff the fish before saying with conviction "Yes, I'll take a pound of the salmon. This salmon IS wild caught, right?"

A money-back guarantee, also known as a satisfaction guarantee, is essentially a simple guarantee that if a buyer is not satisfied with a product or a service, a refund will be made. The money-back guarantee was a major tool of early U.S. mail order pioneers in the United States, such as Richard Sears. If folks like Sears could not win the confidence of the consumer, their mail order business would not stand a chance. Sears did pretty good, right? 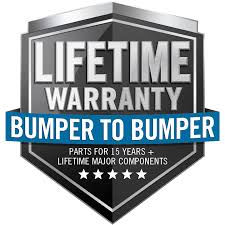 Ah, but what about false claims? Very often, unreliable businesses use a money-back guarantee to reel the customer into a false sense of safety. Many guarantees by sellers often fall outside the allowed scope of their merchant agreements with their banks. For example, Visa and MasterCard explicitly bar the seller from offering a money-back guarantee past 90 days from the purchase.

Issues relating to FALSE GUARANTEES have become so common that the Federal Trade Commission has specifically addressed the issue in the Code of Federal Regulations Handbook.

Two things. We are now living deeply in a virtual world. Movies at home, rather than at a movie theater. Food delivery to home, rather than a night out with the family. Medicine at home, rather than a trip to the doctor's office. And of course, education from home, rather than from a campus. So many of the decisions we make, so many the purchases that we make, do not come with a guarantee. It's buyer beware, Caveat Emptor. Garage Sales are great examples of caveat emptor. Buyers purchase goods "as is" and have little or no recourse if those goods turn out to be defective. Thus, buyers are responsible for testing and examining those products before purchase.

Ah, but what about Caveat Venditor? Let the SELLER beware. The principle of caveat venditor cautions that the seller is responsible for any problems that the buyer might encounter with a service or product. So, for example, if a Medical Doctor said that they graduated from Medical School and it turns out they did not - that will be a major legal problem for the fake doctor.

Here in the USA we have an election in November. Sooner if you vote by mail.

I guess one of the points of today's blog - hidden message or otherwise - is how we come to buy (or not buy) the things that affect our lives matters. The cars we drive, the schools we attend, the foods we eat. The elected officials we vote into office. Everything is a result of the amount of time (and money) we choose to invest in our decision.

There is no return policy on our elected officials. You cannot get a "refund" on your vote, even if you learn later than you voted for a fraud. If you vote for someone (anyone) who makes FALSE GUARANTEES to win your vote - you really have no recourse. There are no returns.

Voting for politicians is like buying fish. The time to find out if they are BAD is before you make the purchase (before you cast your vote). Ah, but a bad fish you can throw out. A bad choice of a politician will stink for years. Only a fool will KNOWINGLY buy fish that is rotten.

And, being forced to eat rotten fish (for years) is not something you want to experience.

There is no Caveat Venditor in politics. 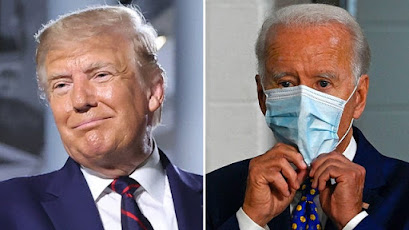