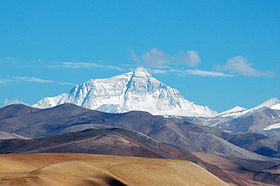 Mount Everest, also known in Nepal as Sagarmāthā and in China as Chomolungma, is Earth's highest mountain. Its peak is 29,029 feet above sea level. Mount Everest is located in the Mahalangur mountain range in Nepal. 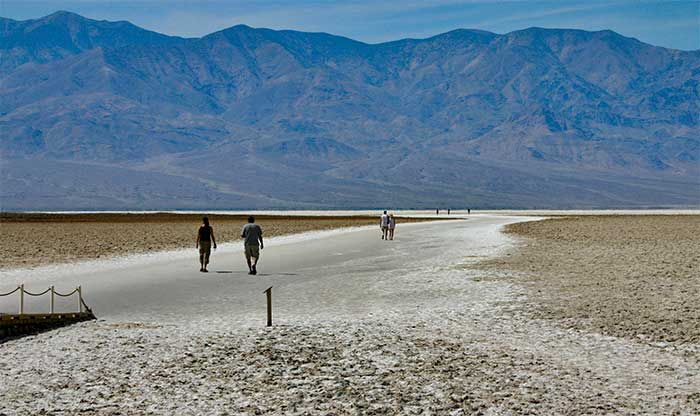 Death Valley is one of the hottest places on earth, attaining the highest temperature ever recorded, 134 degrees F. in 1913. It contains the lowest point in the western hemisphere -- 282 feet below sea level near Badwater -- as well as numerous high-rising mountain peaks, including Telescope Peak at over 11,000 feet. Death Valley was named by gold-seekers, some of whom died crossing the valley during the 1849 California gold rush. 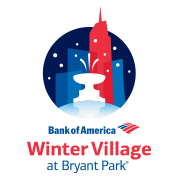 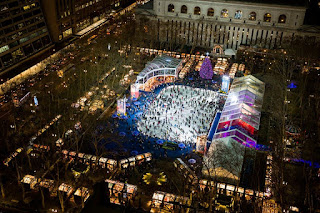 The Rink is the centerpiece of Bank of America Winter Village at Bryant Park. The 170' x 100' rink features free admission ice skating, in addition to high quality rental skates, skating shows, special events, and activities. Whether you are looking to skate before going to the office, with family on weekends, or for a spin under the stars at a holiday party, Winter Village is the perfect destination.

Members of the NYDLA.org gathered at Bryant Park this past Friday for a holiday celebration. Many of NYDLA's vendors and sponsors had “pop up” stores in the Winter Village. Holidays in New York are always amazing, but the Winter Village at Bryant Park is really something special. The lines were long to check out Facebook's Virtual Reality. NYDLA members has special "front of the line" passes.

Via VR, there were "virtual tours" of amazing destinations around the world - including Mt. Everest and Death Valley. 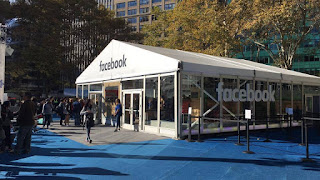 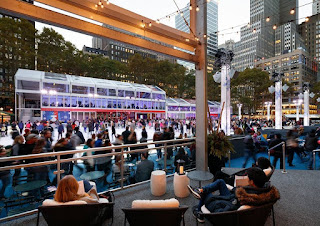 The next day, one homeless man shot and killed another early Saturday morning near Bryant Park. Terrance Walker, 27, was gunned down at about 2:20 a.m. at the busy corner of West 40th Street and Sixth Avenue in Midtown. Walker and another man argued as they left a nearby subway station. It was unclear late Saturday why the men feuded. 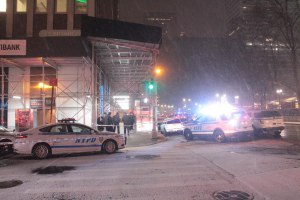 This was the scene early Saturday morning at the corner of West 40th St. and 6th Avenue. It was grim. Someone pulled a .38-caliber handgun and fired four shots. One bullet struck Walker in the chest. He collapsed to the pavement. Walker was declared dead at the scene. His attacker was last seen fleeing west on West 40th Street. The gunman was still on the lam late Saturday. He is described as 6 feet tall and about 190 pounds, and was wearing a black leather jacket over a blue hoodie. Police are confident security cameras will give them a glimpse of the suspect. “You’re by Bryant Park. Everything is on video. You’re gonna get caught,” a police source said.

Later yesterday afternoon, as the park brimmed with shoppers perusing the annual Winter Village pop-up shops, some visitors were shocked a fatal shooting occurred just across the street, just a few hours ago.

New York City during the holidays. Whether you visit in-person or via Virtual Reality - there is no place like it on earth. I always wondered what it would fee like to go from Mt. Everest to Death Valley in less than 24 hours, virtually or otherwise.

Real life or virtual reality, life is short. Every magical moment is precious.

Posted by Thomas Capone at 8:41 AM