"Aye aye, sir" is a phrase commonly heard present day in naval language. It is derived from a duplicate of the word "aye" which came into the English language in the late 16th century and early 17th century, meaning "Yes; even so." It was common in dialect and is the formal word for voting "yes" in the English House of Commons. Its most common use is as a naval response indicating that an order has been received, is understood, and will be carried out immediately. It differs from "yes", which, in standard usage, could mean simple agreement without any intention to act. In naval custom, a reply of "yes sir" would indicate agreement to a statement that was not understood as an order or a requirement to do anything.

The alternatives of "aye aye sir" and "yes sir" would allow any misunderstanding to be corrected at once. This might be a matter of life and death for a ship at sea. Basically, it means that the speaker understands and will obey a direct order.

In other words, it's the naval equivalent to the aeronautical difference between "Roger" and "Wilco." Roger = Message received. Wilco = Will comply.

We now have AI.  AI = Artificial Intelligence. Artificial intelligence (AI) is intelligence exhibited by machines. Amazon.com CEO Jeff Bezos says we're at the earliest days of artificial intelligence and the influence it will have on consumers' lives. "It's hard to overstate how big of an impact it's going to have on society over the next 20 years," Bezos said on stage at the Code Conference in Rancho Palos Verdes, California. 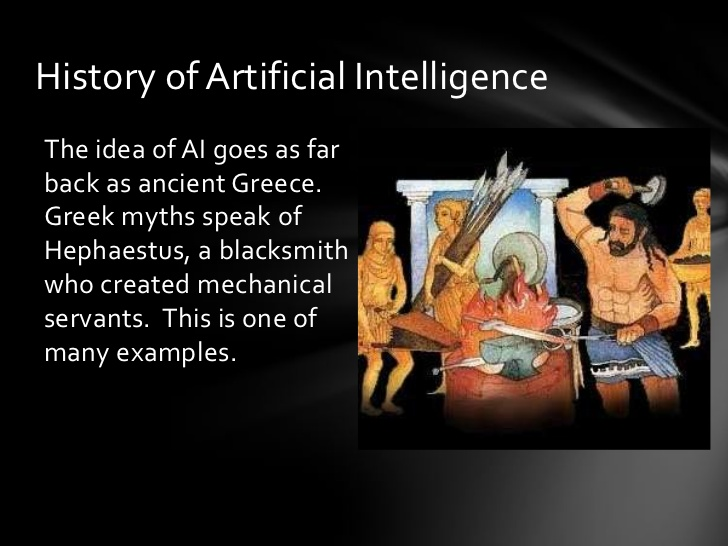 NYDLA.org advisor Edward Hess, University of Virginia Professor of Business Administration and Batten Executive-in-Residence states: In the next five to 10 years, we will see businesses of all sizes impacted and challenged by a combination of technology advances, including artificial intelligence, global digital connectivity, the Internet of Things, Big Data, increasing computer power, Cloud AI SaaS Services, 3D manufacturing, smart robotics and the beginning of artificial emotional intelligence.

These technology advances combined will likely:

What once seemed to be many years away (pizza delivery via drones, self-driving cars, etc.) are now HERE. Today.

A chatbot lawyer service set up by a teenage programmer to appeal parking tickets has helped overturn over $4m in fines since 2014. The DoNotPay bot is described by its 19-year-old creator Joshua Browder as “the world’s first robot lawyer” and has taken on 250,000 cases—winning 160,000 of them. Browder made the bot freely available and has described it as a tool to help prevent local governments taking advantage of their citizens.
Full article here http://www.newsweek.com/robot-lawyer-chatbor-donotpay-parking-tickets-475751?

What does IBM Watson mean for the world? Will a medical doctor ever “go against” the advice given by IBM Watson? And if so, what will taking (or not taking) medical advice from Watson do to malpractice insurance? If Watson was available - and you don’t ask Watson for advice, is that alone negligence and/or a form of malpractice?

How far away are we from IBM Watson (Attorney, Doctor, Teacher) affecting the global economy, especially via replacing jobs?

Aye = Yes
Aye Aye = I understand, and will comply.

Remember, the difference between "Aye" and "Aye Aye" could be life and death, to a ship at sea. And now, we have gone from Aye Aye, to just "AI”.

Who is the master and who is the servant?

The AI genie has been released from the bottle - much sooner than anyone predicted.

Posted by Thomas Capone at 8:57 AM