I live in a magical place. This month the www.NYDLA.org visited Edison’s Laboratory and Bell Labs here in New Jersey. I felt like Indiana Jones exploring temples.

Alexander Graham Bell. Thomas Edison. Without these men, there would be no Google, no Microsoft. There would be no computers, no cellphones, no Internet. From these two men our world - our entire planet - was changed. In far less than 200 years, EVERYTHING has been engineered, rebuilt, reborn due to their technology - due to their lives.

The Bell Labs facility was built in the 1960’s through the vision of Eero Saarinen, architect. I will not waste words here in this blog on the history of Edison’s Lab, or Bell Labs. There are links below that are certainly worth a read if you are so inclined.

What I WOULD like to say in today’s blog is this: get out. Get away from your desk, get away from your computer, and get into your car. Get out of your office (or co-working space, or coffee shop) and visit Edison’s Lab. Visit Bell Labs.

In less than 200 years, all of “this” happened. Both men were born in 1847. One hundred and sixty eight years since their birth, so I figure 140 years (plus/minus ten years) for their genius to take hold.

If you spend some time in the buildings where history was made, you will be inspired. You will be moved. Your brain’s chemistry will be altered. I firmly believe that one cannot enter these buildings, and not be motivated, energized, consumed. New Jersey is known as “The Garden State”. Truly, I had no idea what our garden grew. 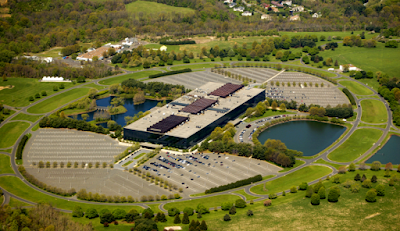 Posted by Thomas Capone at 7:41 AM