To cross one's fingers is a hand gesture commonly used to implore God for protection, as well as to wish for good luck. The gesture is referred to by the common expression "keeping one's fingers crossed" or just "fingers crossed" and has also been historically used in order to allow early Christian believers to recognize one another during times of persecution.


Some people, mostly children, also use the gesture to excuse their telling of a white lie. This may have its roots in the belief that the power of the Christian cross might save one from being sent to hell for telling a lie. A similar belief is that crossing one's fingers invalidates a promise being made. I recently interviewed a new applicant who said during their recorded video interview "I'm not gonna lie....." many times, describing their passion for their job. How many times have you heard someone start a sentence "The numbers don't lie" when it is obvious that someone's numbers are indeed lying.

Why do airlines tell us that our comfort, safety and happiness is their #1 concern - then they immediately treat us so poorly? Did you ever read the fine print on the "I ACCEPT" button when downloading software, or accepting an app on your phone? If you took the time to read it, you probably would never hit "ACCEPT" because it says you accept and agree to being a doofus. 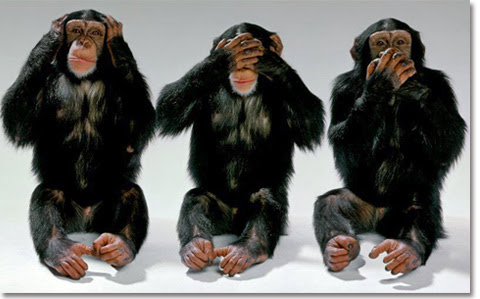 I once was a paid consultant to "right the ship" of a company on the rocks. I was given unfettered access to everything - the books, the customer records, all internal and external correspondence - everything. It only took a few weeks to discover the core problem of the business. The leadership was lying to everyone, including lying to themselves. I thought that my written report to the Board of Directors, Investors and Senior Management would put things back on track. Instead, it just caused them to lie about the report.

Something has happened in this country. It did not happen overnight, but over hundreds of years. Politicians ran on the platform of telling the truth (Honest Abe, George Washington). But now politics is all about the belief that everyone is liar, but the other guy lies more. The fine print on contracts became finer, and the feeling that you are being lied right to your face is the norm.

Scarcity is the fundamental economic problem of having seemingly unlimited human wants in a world of limited resources. It states that society has insufficient productive resources to fulfill all human wants and needs. A common misconception on scarcity is that an item has to be important for it to be scarce. However, this is not true, for something to be scarce, it has to be hard to obtain, hard to create, or both. Simply put, the production cost of something determines if it is scarce or not. For example, although air is more important to us than diamonds, it is cheaper simply because the production cost of air is zero. Diamonds on the other hand have a high production cost. They have to be found and processed, both of which require a lot of money. Additionally, scarcity implies that not all of society's goals can be pursued at the same time; trade-offs are made of one good against others.

Ah yes, of course, the TRADE-OFFS.
Profits vs. Honesty. Profits vs. Integrity.
Greed vs. Generosity.

In business (and in life) things that are rare, things that hard to achieve, things that are hard to posses are valuable. A Rolls Royce is expensive, because it is hand made, and it takes a long time to produce. Let the truth, the whole truth and nothing but the truth become your key to riches, in both your business and in your life. Your kids will thank you for it.
Posted by Thomas Capone at 6:45 AM