The Father of Anything

Father's Day is a celebration honoring fathers and celebrating fatherhood, paternal bonds, and the influence of fathers in society. Many countries celebrate it on the third Sunday of June, though it is also celebrated widely on other days by many other countries. Father's Day was created to complement Mother's Day, a celebration that honors mothers and motherhood.
For some animals, it is the fathers who take care of the young.

Many species display little or no paternal role in caring for offspring. The male leaves the female soon after mating and long before any offspring are born. It is the females who must do all the work of caring for the young.
Finally, in some species neither the father nor the mother provides any care whatsoever:

So, what does it really mean to be “The Father of…….” anything?

The following is a list of significant men known for being the father, or considered the founders mostly in Western societies in a field, listed by category. In most non-science fields, the title of being the "father" is debatable.

It’s the finishing. To be known as “The Father of…...Anything” means that no matter what, no matter how difficult, no matter how hard the journey, you stuck it out. You hung in there, you overcame the odds, you did and will continue to do whatever it takes to get the job done and done right. You finish.

And to all of the (business fathers) Male Bears, Pig Boars, Lions and Rabbits out there…….shame on you. You did not finish what you started. 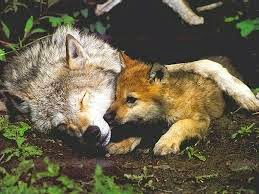 Posted by Thomas Capone at 6:03 AM