It is written all over your face! 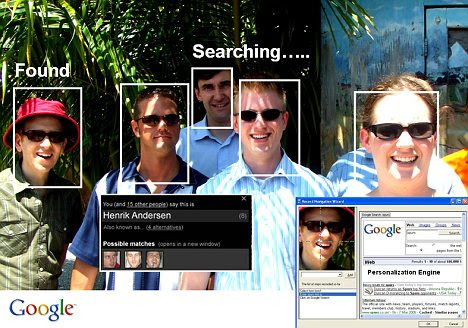 For a moment, the manhunt into the Boston Marathon bombings seemed as if it would last a while. But an amazing combination of police work, citizen involvement and technology yielded big breaks in the case and brought the manhunt to a quick conclusion. And now, the investigation begins - who knew what? Did they have help? Where does all of this lead? It is hard to think that such evil could make its way into the mind of a 19 year old kid, without lots of help.

Within hours of the Boston Marathon bombing, investigators were already overwhelmed. Bloody clothing, bags, shoes and other evidence from victims and witnesses were piling up. Videos and still images, thousands of them, were beginning to accumulate.

Quickly, the authorities secured a warehouse in Boston’s Seaport district and filled the sprawling space: On half of the vast floor, hundreds of pieces of bloody clothes were laid out to dry so they could be examined for forensic clues or flown to FBI labs at Quantico in Prince William County for testing. In the other half of the room, more than a dozen investigators sifted through hundreds of hours of video, looking for people doing things that are different from what everybody else is doing.

It’s still unclear exactly how law enforcement officials zeroed in on the two figures in surveillance footage suspected of carrying out the deadly bomb attack at Monday’s Boston Marathon. But it’s likely that investigators used some form of facial-recognition software as part of their effort. These technologies remain in their infancy, but law enforcement is relying on them more and more.

The FBI is rolling out an ambitious, billion-dollar biometric information system that will include iris scans, voice recognition, and facial-recognition software, developed with Lockheed Martin, IBM, Accenture, and BAE Systems, among others. Law enforcement authorities are uploading mugshots into an image database, which can then be searched against images from crime scenes, like the surveillance camera footage of Boston’s Boylston Street.

The Next Generation Identification (NGI) program won’t be fully operational until next year, and although the images it uses will be mugshots, the software - think of a more powerful version of Facebook image search could be used to match any two images. Civil liberties advocates worry it could be used to track people on the street regardless of whether they’re suspected of a crime. The Pentagon’s Defense Advanced Research Projects Agency (Darpa) and the NYPD have also expressed interest in more exotic technologies, including one that analyzes people’s gait for clues as to whether they’re carrying a bomb. Programmers are developing machine vision techniques that can link images of the same person across different video cameras or spot behaviors that are out of the ordinary for a certain setting (e.g., leaving a bag unattended in a public place).

Anything that you Tweet, Post, Blog, Video or share via the Internet (in any way) is fair game for analysis. The government scanned “millions” of phone calls, listening for any words that might have been linked to the bombing. If you called home and said “Did you hear about the Boston Bombing” there is a very good chance your phone call was analyzed. But now, simply walking the streets of a major city puts you (your face) into play. This is the world that we now live, and this will continue to get more complex and more intense. I would think that everyone who attends the upcoming Super Bowl in New York will have their face scanned dozens of times, long before even entering the stadium.

Mass surveillance is the pervasive surveillance of an entire population. It has been widely criticized on several grounds such as violations of privacy rights, illegality, and for preventing political and social freedoms, which some fear will ultimately lead to a totalitarian state where political dissent is crushed. Such a state may also be referred to as an Electronic Police State. According to what I see on prime time TV ("the machine") mass surveillance has been going on for some time.

The technology of “big data” is here, and the Genie will never be put back into the bottle. Google and Facebook’s billions in revenue are all based on big data, algorithms, and super-computing. I love the idea that facial recognition is being used to combat terrorism. But to think that this same ever-improving technology can track people with past due parking tickets, or any other minor civil violation simply by taking a picture of their face makes me pause.

Yes, that didn't take long at all.

Posted by Thomas Capone at 6:18 AM